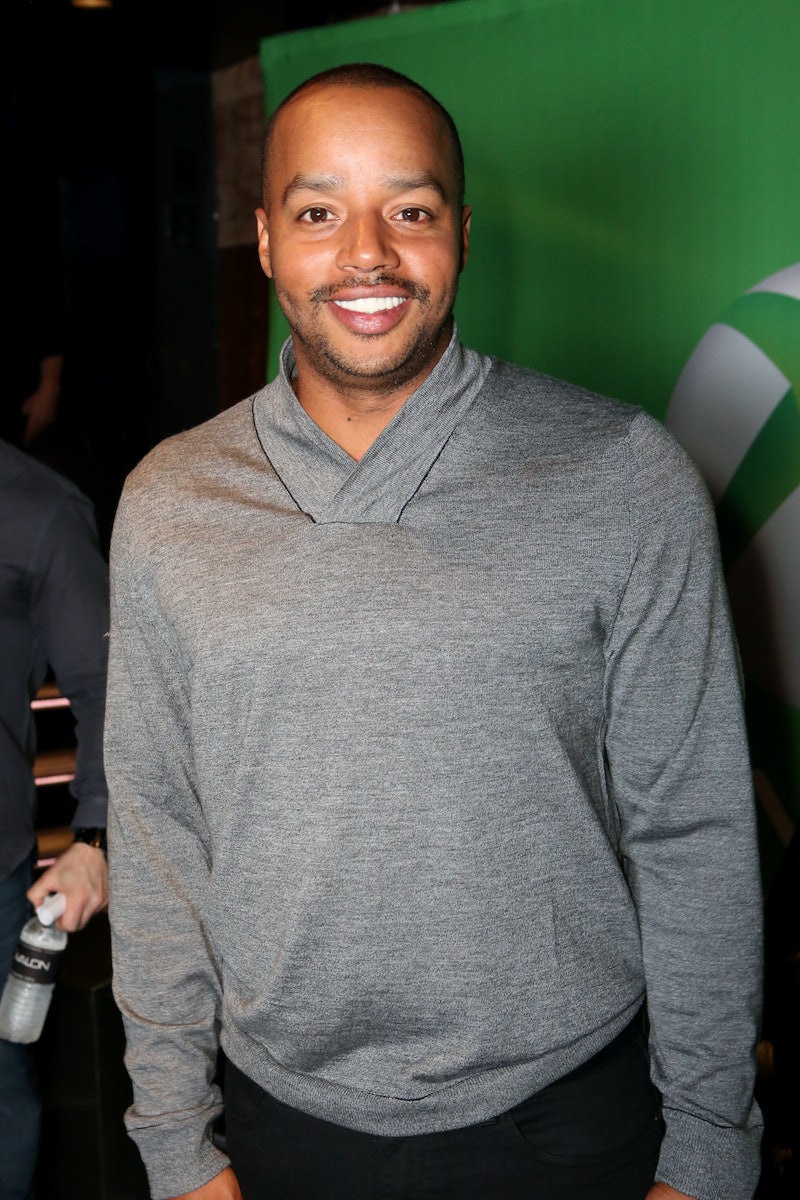 Donald Faison is back on our screens! Not as the hilariously lovable Dr. Chris Turk (bummer) or as the braces-wearing Murray (bigger bummer), but as part of Pepsi's "Camp Halftime" Super Bowl campaign. In the four-part spot, Faison plays Martin Tulaine, the energetic counselor for "Camp Halftime," a series that was created in partnership with The Kicker and will air up until the Super Bowl premiere. So far, we've been given three "episodes," each with the same kind of larger than life Faison comedy we've grown to know and love. You might be thinking hey! there's a familiar face, but also where has this face been? No seriously, what has Donald Faison been doing?

It's been so long since we've seen the actor around — or at least, it feels like it. You might know Faison most notably from Clueless (where he played Dee's boyfriend, Murray), Remember the Titans, or, of course, as Dr. Chris Turk from Scrubs. Over the past couple of years, Faison has maintained steady work. He's been a part of some TV projects, and had some roles in major films here and there as well, but you'll be happy to know that he's definitely been keeping busy. Here's where the actor has been since you might have last seen him.

Love Bites is rom-com anthology series that aired for just one season in 2011 featured three vignette stories about love and romance. Faison played Ricky in two of the episodes.

Faison played the voice of Bartik in the 2012 Disney TV series.

Faison was the voice of various characters in the ongoing Adult Swim series.

Undateable chronicled a group of six friends and their romantic pursuits. Typical sitcom format, except for the fact that it was live. Faison showed up for a two-part episode, "A Live Show Walks Into A Bar."

The Exes had a four season run on TV Land and starred Faison as Phil Chase, the recently divorced, womanizing sports agent.

Comedy Central's popular series, Drunk History, featured Faison as Joe Louis in one of its reenactments.

See? Donald Faison has totally been around since the days of Clueless and Scrubs. And, hopefully, his Super Bowl campaign is proof that we'll get to see even more of him in the future.