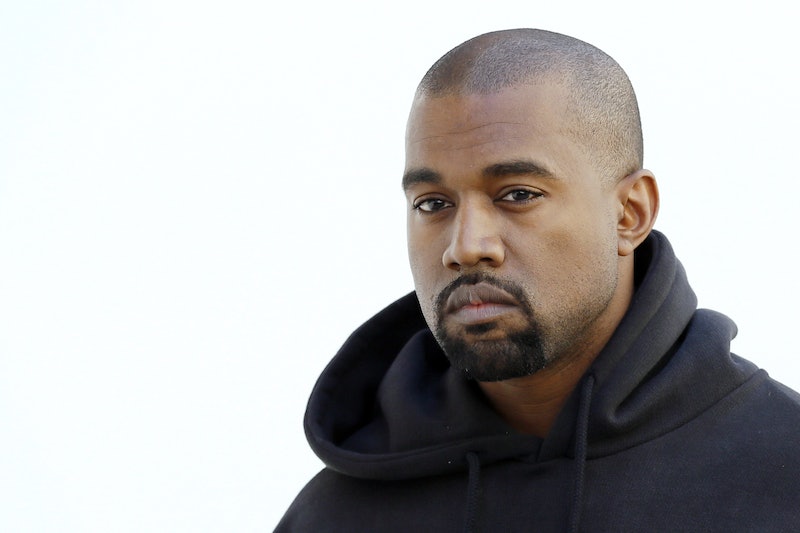 Everyone has a neutral expression, one they wear when they aren't actively expressing anything with their face, and for some people that expression is open and welcoming while for others it is...not. But despite the hype, science has determined that men have so-called "resting b*tch face" just as often as women do — which means that we need to stop calling it "resting b*tch face" The fact that the term is so gendered probably has more to do with social expectations around men and women than any actual predisposition women have towards accidental hostile expressions. In fact, it's just one of many things we unnecessarily (and often unfairly) gender — and doing so is helping absolutely no one.

Resting b*tch face (RBF), a term that's become popular in the past few years, refers to the phenomenon of having a neutral expression that comes off as judge-y or unfriendly or hostile. This can come in handy if you don't want strangers on public transit to try speaking to you, but it can also make you seem mean to people whose opinion of you might actually matter. And if you're Kristen Stewart, it also involves putting up with a lot of questions about it. But what even is resting b*tch face, from a scientific perspective?

As Bustle's Lara Rutherford-Morrison wrote earlier today, RBF is caused by expressions that register with one particular emotion: contempt. Jason Rogers and Abbe Macbeth studied the phenomenon by using face reading software to examine the faces of people considered to have it — from Kristen Stewart to Kanye West to the Queen of England. What they found is that while most expressionless faces exhibit about 97 percent neutrality — the other three percent being small blips of emotion — the software registers people with resting b*tch face as having only 94 percent neutrality. The extra three percent? Contempt.

Basically, researchers explain, people with resting b*tch face exhibit certain facial features that normally would indicate contempt when not making other expressions. This doesn't mean that the person is actually feeling contempt — the face reader doesn't register enough contempt to indicate that — just that their face at rest displays some of the characteristics that normally indicate contempt, such as lips pulled slightly back. And since human brains are able to pick up on even the smallest facial characteristics, we register these people as being distinctly unfriendly, even though this expression doesn't actually mean anything at all.

So far, this all makes sense and doesn't sound too surprising. But perhaps the most significant finding from Rogers and Macbeth's research is that there is no difference between the rate of resting b*tch face in women and the rate in men. That's right, just as many men display this tendency as women.

So why do we conceptualize it as primarily a female phenomenon? Well, I'm going to go out on a limb here and say: sexism. Which is precisely why the term itself needs to go.

The fact that we as a society are much more likely to notice and comment on people with seemingly unfriendly expressions if the person is a woman is perhaps unsurprising in a culture where women are expected to be kind, docile, meek, and loving all the time — and it becomes even less surprising when you consider the fact that our culture also ties up women's worth in our appearances in a way that just isn't true for men. Women are judged more harshly for the way we look, and we're held to a higher standard when it comes to being friendly and pleasant (and thus are always expected to smile). And thus, "resting b*tch face" — which is something that can be found in men and women in equal numbers — becomes distinctly gendered. Even the name is gendered. It's not called "resting unpleasant person face."

But maybe it should be. For one thing, the word b*tch is a loaded one to begin with, and again, the phenomenon is equally common in both men and women. Labeling it with the word "b*tch" only makes us more and more likely to focus on women when discussing and identifying it. We're already unfairly primed to do that, so why compound the problem? Furthermore, using the term for a man exhibiting this type of expression implies that he isn't "manly" — both casting something coded as "feminine" in a negative light, and enforcing toxic masculinity in the process.

Yes, resting b*tch face has become something of a punchline. But maybe it's time to retire the term. It's not doing anyone any favors; indeed, it's more likely to be contributing to the perpetuation of sexism in our already unbalanced culture. Also, let's not forget that no one is required to arrange their face into an expression that is pleasing purely for the benefit of someone else. Sometimes, a face at rest is just a face at rest.

More like this
At 14, Tatiana Maslany Was Obsessing Over Tamagotchis & The Spice Girls
By Gabrielle Bondi
Scotland's First Period Dignity Officer Has Sparked Backlash
By Darshita Goyal
Beyoncé & Madonna’s “Break My Soul” Remix Honors A Group Of Black Icons
By Stephanie Topacio Long
The 4 Most Forgiving Zodiac Signs
By Kristine Fellizar
Get Even More From Bustle — Sign Up For The Newsletter