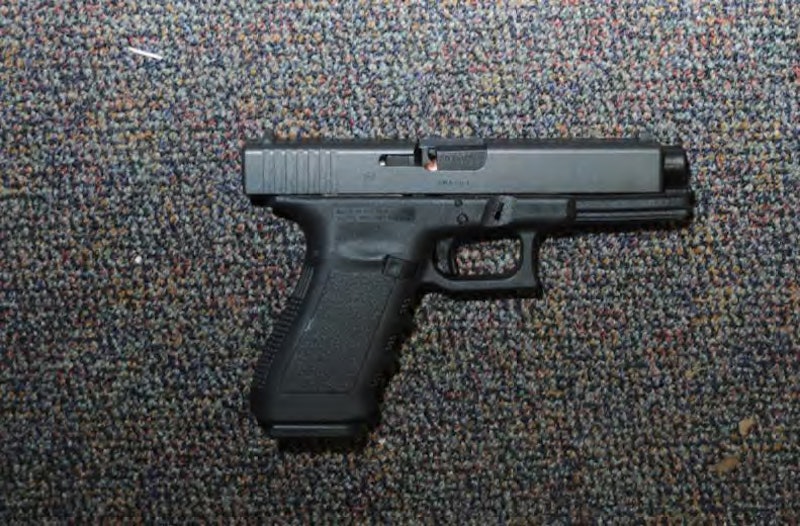 A Honolulu high school is on lockdown after reports of shots fired this morning, authorities in Hawaii said. Shots were fired at Roosevelt High School, on the island of Honolulu, shortly after 8:30 a.m., according to KHON2, a Hawaii news network. The gunshots were fired by police after a 17-year-old runaway showed up at the school and became physical with officers, Honolulu police said. Three officers went to the school; the young man struck two of the officers and "began slashing" at them with a knife, police said.

A 17-year-old male was taken to hospital with a gunshot wound to the wrist, according to Emergency Medical Services, and police say the suspect is in custody. Police fired two shots at the 17-year-old, police said, adding that three officers received minor injuries.

“Gunshots was ringing out here and police and sirens was coming up here at this school. And my grandson was texting me he loved me and I knew something was wrong,” Karen Hamilton told KNO2. “I was fearful for him and the other children for him to experience something that that here in Hawaii. I was very fearful.”

Parents were notified of the incident.

This latest school school comes the week after shooting incidents at Purdue University, the University of Oklahoma, and South Carolina State University; and the Maryland mall shooting that left three people dead.

So far this year, there has been an average of one school shooting every other day . As Think Progress reported last week:

Though the sample size is far too small to draw any definitive conclusions, 2014 is off to a deadly start: in the first 14 school days of the year, there have been at least 7 school shootings. For sake of comparison, there were 28 school shootings in all of 2013, according to gun violence prevention group Moms Demand Action...

That number could have been even higher were it not for several near-misses. An eighth grader was arrested in Georgia last week after he brought a gun to school on consecutive days and robbed a classmate. On Tuesday, Portland police rushed to an area high school after a student was reportedly showing off his gun to a fellow classmate during lunch. And early on Wednesday four teenagers were arrested after they were seen pointing a gun at a school bus in Norfolk, Virginia.

Reaction to the alleged shooting on social media have been a mix of shock that a school shooting could happen in a perceived "happy" state like Hawaii; frustration at major news networks for not broadcasting coverage, including in the Hawaii; and disappointment at the inevitably and daily reports of shootings.