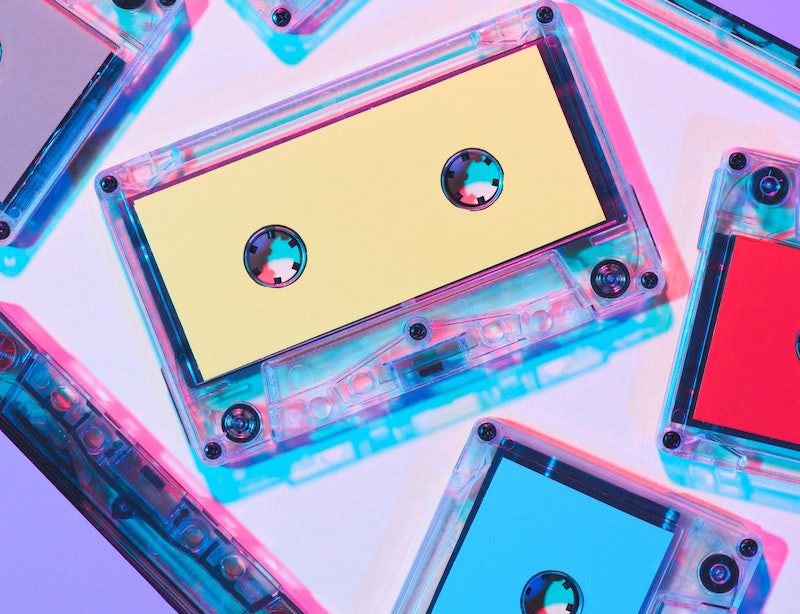 Some things that happened in the ‘90s should stay in the ‘90s. Some things, though? Well, let’s just say that there are a few ‘90s things that deserve a comeback in the mix. More than a few, really — and Reddit is on it. Seriously, you guys. They are all over this thang.

Redditor FivePlus recently posed the question, “What thing from the ‘90s do you think should make a comeback?” to the ever-popular AskReddit sub — and if you’ve ever felt like Reddit is full of young whippersnappers who have no idea what the Internet used to be like during the era of dial-up, this thread is a good reminder that it isn’t. A lot of us old fogeys are on it, too, and since there’s nothing old fogeys like to do better than reminisce about times gone by together, the content-sharing community is often a goldmine of nostalgic feelings.

While this particular thread — like many AskReddit threads — tends to feature a lot of repeats the further down in it you get, it’s still chock full of memories a lot of us may not have thought about in ages. To be fair, I don’t think the ‘90s were all good — in fact, plenty of not-so-good stuff happened during the decade — but these things? These things may have gone the way of the dinosaur long before they actually should have.

But hey, if the recent revivals of Surge, French Toast Crunch, and Fuller House have taught us anything, it’s that there’s always room for a comeback. So how about giving these 11 favorites a shot?

The kinds of cereal in which prizes could be found weren’t the norm in my house growing up; my mum (wisely, I think) limited our consumption of it to one box of our choice on our birthdays. The limited access, however, just made the treat all the more satisfying when we were allowed to have it — which also meant that we held the prizes in high regard, even if they were just, y'know, plastic spoons meant to change color when you dunked them in milk. Good times.

Fun fact, by the way: Kellogg is credited with creating the very first cereal box prize. In 1909, a promo for Corn Flakes enabled people who had purchased two boxes to send away for a book, The Funny Jungleland Moving Pictures Book. The book was available for a whopping 23 years, so clearly it was a success.

So why did cereal box prizes stop? Yahoo! Games reached out to Kellogg in 2012 to see if they could shed some light on the subject, and the bottom line seems to be that simple toys hiding in the bottom of a cereal box just isn’t what consumers want anymore. “Kellogg has always looked for ways to provide premiums and promotions that are engaging and relevant to our consumers,” said a spokesperson for the company — and these days, that’s rewards programs, access to exclusive online content, movie tickets, and so on.

I still think there’s something magical about finding a toy literally in your cereal, though.

Actually, that’s kind of a brilliant idea. For those who missed out, Pop Up Video, which originally ran from 1996 to 2002, was a simple concept: Take old music videos and add little pop-up bubbles featuring fun facts about the song, video, and band. It was a favorite of trivia nuts like yours truly, and it was a sad day when it ended. The series was apparently revived between 2011 and 2012, but I think Haplo781 might be onto something — YouTube would be the perfect venue for it.

Widespread in the last couple decades of the 20th century, “rad” as a slang term actually dates back to the 1820s — according to the Etymology Dictionary, it was a shortened form of “radical” and used as a noun to refer to people who were radical, politically speaking. It gained the adjectival meaning “extraordinary” or “wonderful” in the late ‘70s. There’s really an awful lot of old slang that might be worth bringing back, isn’t there?

Heck. And yes. These glorious little bites of magic existed for only a few years in the early ‘90s; as Dinosaur Dracula noted in a recent post involving the opening of a package of P.B. Crisps from 1993, they had largely vanished by 1995. Somewhere between a cookie and a filled cracker, they were crispy on the outside and sweet and creamy on the inside — obviously no good for anyone who either hated peanut butter or was allergic to peanuts, but magnificent for the rest of us.

Although there was a tiny bit of spillover in both the late ‘80s and the early 2000s, TGIF was almost entirely a ‘90s phenomenon: Its original run began on ABC in 1989 and lasted until 2000. Many of the sitcoms that make up the bulk of many ‘90s kids’ TV memories (and Friday night memories) aired during the TGIF block: Boy Meets World, Family Matters, Full House, Step by Step, and more. An attempt was made to revive it in 2003, but by that point, Friday nights were largely dominated by reality television; so, alas, it was short-lived.

At least we still have Fuller House and Girl Meets World, right?

It was a sad day when the last block of Saturday morning cartoons called it quits. Although many weekend morning television programming blocks featured shows geared towards children, they were largely reruns; it wasn’t until the ‘60s that it occurred to executives that airing brand-new shows on Saturday mornings could prove to be quite fruitful, indeed — and it was, for several decades. Interestingly, though, ‘90s kids grew up during the decline of Saturday morning cartoons: Through a combination of the rise of cartoon-driven cable networks, increased regulation of children’s television programming, and a move by parents to do more productive things with their kids on weekends than park in front of the telly, the animated blocks of programming that had hitherto been so beloved fell out of favor. In 2014, the CW — which had been the last remaining network to air a Saturday morning cartoon block — halted Vortexx, bringing an end to the era.

I’m sure I’m not the only one who misses it, especially now that I’m a grownup and have the luxury of spending my Saturday mornings however the heck I want.

You know what I’ve realized as I’ve gotten older and things like actual, physical music albums you can hold in your hand disappeared? I listen to a lot less music now. Or perhaps accurately, the way I listen to it is different — it’s more like, “hey, let’s put some sort of Internet-based streaming thing on in the background” than “hey, let’s sit and spin this record over and over and over again until we’ve memorized every word and every note.” As a result, the mix tape has become much less common: Whereas it was once a way to communicate something important to someone you cared about (I like you, you’re my best friend, etc.), now, it’s mostly vanished.

I mean, I love the instant gratification nature of the Internet age as much as the next person — but I also think said instant gratification has made us much quicker to scroll through things. We have so much at our fingertips — knowledge, media, conversation, whatever — but I think our understanding of it all is much more surface-level than it used to be. Maybe we could stand to bring the mix tape back — and maybe improve our listening skills in the process.

Or maybe I’m just getting old.

Before we had online gaming, we had LAN parties. Arguably you can do this today by having a whole bunch of friends over and logging onto Wi-Fi, but the connection might be kind of slow.

And whatever you do, don’t forget the Bagel Bites.

Nailed it. I suspect this is why there’s still a small but devoted portion of the population who absolutely refuse to switch from their flip phones to smartphones — or even switched back to having a flip phone after they got sick of smartphone culture.

I AM THE TERROR THAT FLAPS IN THE NIGHT.

More like this
22 Movies On Netflix That Are Perfect For The Whole Family
By Bustle Editors
I Tried The $20 TikTok Viral Oishii Strawberries — Here's What I Thought
By Sophie Hanson
Trust Me, Pickle Martinis Are The New It Drink Of The Season
By Emma Carey
The 4 Most Forgiving Zodiac Signs
By Kristine Fellizar
Get Even More From Bustle — Sign Up For The Newsletter