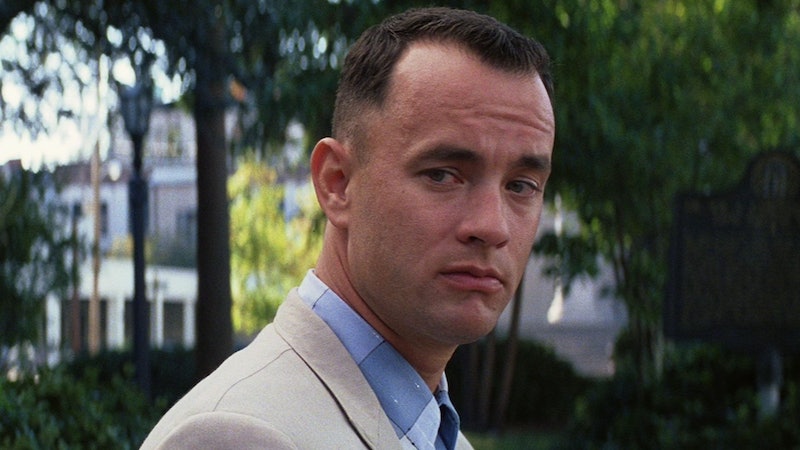 The 1990s. What a decade, am I right? I realize that everyone is all about '90s nostalgia right now, but there's a reason for that: the '90s were awesome. There was great music, terrible fashion, and of course, some of the finest films Hollywood has ever produced. It was a hell of a time to be alive, and an even better time to be a kid. Watching '90s movies growing up helped shape my vocabulary, as I'm sure it did for many of you, and that's due in part to the plethora of great '90s movie quotes.

And while choosing the very best is not easy, I think one way to put it in perspective is to list the defining movie quote for every year in the '90s. When doing so, you can see how much the industry changed in that one decade. Films shifted from the playful, goofy family movies of the '80s to the heavier, bigger budget fare seen in theaters today. But through all the turmoil, there still seemed to be a new line every year that everyone you knew, from your parents to your friends at school, was saying on the regular. And if you can't quite remember what those lines were, don't worry. I've got 'em all right here. So take a look at this list of the quotes that defined each year of that spectacular decade known as the '90s.

Home Alone takes the top spot here, and it didn't really have much competition. There wasn't a kid alive who wasn't quoting Kevin McCallister when this holiday classic came out.

Another easy choice, it's not even possible to say this line without Arnold's accent. Seriously, try. It can't be done.

Facing a little competition from Aladdin's "A whole new world" philosophy and the "Excellent" Wayne's World, I had to ultimately go with Nicholson's line. I've actually never even seen the film, but this is one of the most iconic lines in any movie ever.

The middle of the decade was packed with good quotes, so this was no easy choice. There was the "All right, all right, all right" of Dazed and Confused to the "I didn't kill my wife! ... I don't care" of The Fugitive to Jurassic Park's holy trinity of "Hold onto your butts," "Clever girl," and "Life, uh, finds a way." But it's The Sandlot 's memorable insult that has stood the test of time better than any of them.

1994 — "Life Is Like A Box Of Chocolates, You Never Know What You're Gonna Get" (Forrest Gump)

In many ways, 1994 was Jim Carrey's year. Ace Ventura ("Alrighty then!"), The Mask ("Sssssmokin'!"), and Dumb and Dumber ("So you're telling me there's a chance!") all premiered that year, but not even his triple effort, nor the Lion King's "Hakuna matata," could top Forrest Gump . The movie could make up a top 10 list of '90s quotes all by itself thanks to the likes of "Stupid is as stupid does" and "Run, Forrest, run!", but the chocolate line remains the movie's most iconic line.

'95 was stacked. "As if" from Clueless is about as '90s as you can get, and Apollo 13's "Houston, we have a problem" is still used to describe a situation where something goes wrong. Then there's the Braveheart mantra, "They may take our lives, but they'll never take... our freedom!" But only one quote from the year has been co-opted by Beyoncé, and that's the Toy Story line.

Everyone and their mother was yelling this line at each other in 1996, which allowed it to easily fend off competition from the likes of Independence Day ("Welcome to Earth!") and Scream ("Do you like scary movies?").

If you're talking '97, the conversation starts and ends with Titanic . Then it's just a matter of deciding which line to go with. Do you choose the heartbreaking "I'll never let go"? The sultry "I want you to paint me like one of your French girls"? In the end, I decided to go with the most uplifting line, and the one that best represents this film's status at the box office in 1997.

Here's my dark horse. Now before you send me mean tweets calling me an idiot, know that 1998 was almost completely devoid of movie quotes. The blockbusters like Armageddon and Saving Private Ryan? No big quotes. There's Something About Mary? Long on memorable scenes, short on memorable quotes. The Big Lebowski? Tons of quotes, but nobody was saying them in '98 as this film's popularity didn't catch on until years later. And remember, Adam Sandler was not yet as controversial he would become in the next decade, so he earned his spot on this list. Plus, if you don't think that everybody was talking about high quality H2O in '98, then you're the devil.

Another no-contest to close out the decade. People are still parodying this line today.

The '90s was full of great movie quotes, probably more than any other decade. Maybe I'm biased because I grew up in the decade, but I know good lines when I hear 'em.