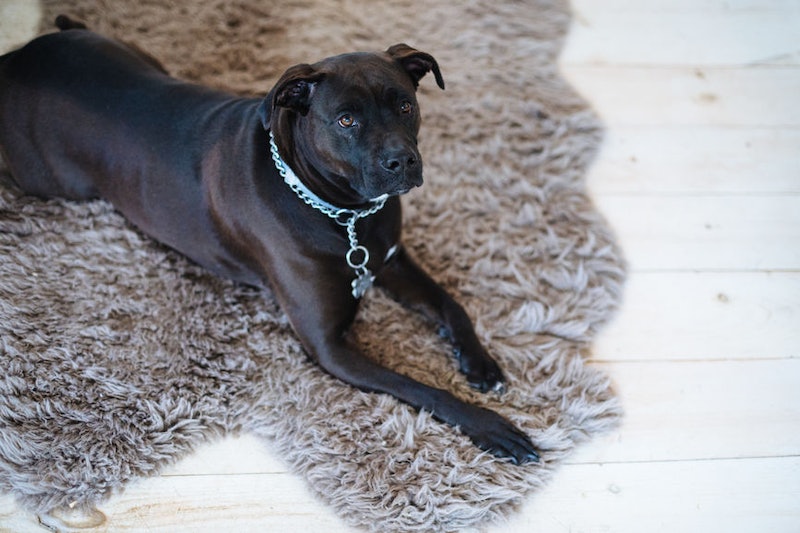 We've all heard tales (dare I say tails?) of black dog syndrome, the rumor widely circulated by shelter workers that dogs with dark coats waste away for years after their lighter-colored compatriots are adopted. It's the kind of idea that makes you want to teleport to the nearest shelter and adopt every furry animal in sight — dogs, cats, and maybe even the intern who hasn't shaved in a while — but don't start budgeting for the addition of a dozen new dogs in your life just yet. According to researchers, black dog syndrome may not actually exist.

Researchers at Canisius College looked at four years of adoption rates for more than 16,000 dogs in two shelters in the Pacific Northwest, and the results are the best news you'll hear all day: Dogs aren't languishing in shelters based on their coat color. In fact, their analysis indicated that black dogs might be adopted out faster than others, if only by a small margin: In one shelter, dogs were typically adopted after seven days, while black dogs were adopted in just six and a half. In the other, dogs stayed an average of over 10 days, but black dogs only stayed nine. Why, this calls for a celebratory puppy GIF!

Here's where things take a turn for the depressing. There was no evidence that coat color affected adoption, but age and breed were clear factors. Bully breeds like pit bulls and boxers were particularly slow to get adopted, with shelter stays of two-and-a-half to three times longer than other dogs, on average, and they were also more likely to be euthanized. Lead researcher Christy L. Hoffman, Ph.D., also made sure to point out that the current data doesn't mean black dog syndrome didn't exist in the past.

Furthermore, black dog syndrome may not exist, but black cat syndrome is alive and well. A 2015 study also conducted by Hoffman indicated that coat color negatively influences cat adoptions. "Black/smoke cats received significantly fewer clicks per day and had a significantly longer length of availability," she explained, according to Science Daily. Their longer shelter stays are likely due to the superstitions surrounding black cats even today, which hold that black cats are bad luck.

On the bright side, some shelter workers noted to Oregon Live that certain people will come in specifically to adopt a black cat because they're aware of the phenomenon. Here's hoping that black cat syndrome will go the way of black dog syndrome sometime soon.