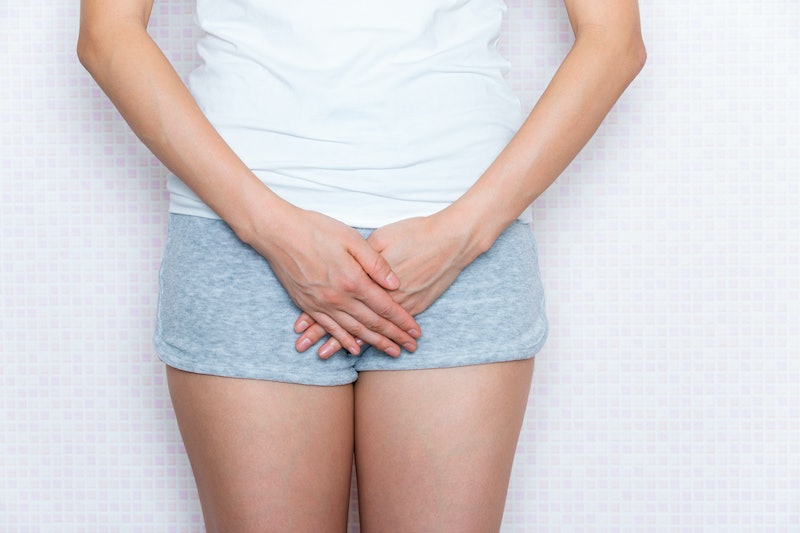 Everyone who has ever had a period has some kind of menstruation horror story they keep tucked away. There's hardly anything glamorous about living with a menstrual cycle, and there are some times when it becomes downright unbearable. We're champs, though, so we deal with it, and the funny parodies out there, like the video "Periods Aren't That Gross," remind us that every woman can tell a similar bloody tale. But for some women, every month is a horror story of a different scale, because they have super heavy periods, also known as "menorrhagia".

Weirdly enough, many things about menstruation are still considered a big mystery to doctors and researchers around the world. Sure, they know how it happens, and why, but OBGYN researcher Dr. Hilary Critchley at the University of Edinburgh told the Huffington Post that they still need to figure out exactly why the shedding and repair of our uterus has to happen so often. Humans are among the only species in which this occurs, so there are a lot of questions left unanswered.

An upcoming study to be released by the medical journal Human Reproduction Update may have some answers when it comes to why some women have heavier periods. Researchers gathered information on heavy menstrual bleeding in women, only to realize that they need to learn much, much more. It turns out they don't know why it happens to so many of us, so often. Sometimes there are obvious causes — uterine fibroids, endometriosis, etc. — but in countless other cases, they're "not sure whether the cause of heavy bleeding lies in the lining of the uterus itself or in the mechanisms that normally control the bleeding."

Well, they better figure it out pronto, because many women with a heavy flow lose 13.5 ounces of blood every month. To put that into perspective for you, people are only allowed to donate to a blood blank every eight weeks — and they give 17 ounces. Those numbers are disturbing enough, but they just tell the beginning of what it's like to live with a heavy period.

There are many more ways a heavy flow disrupts our everyday lives. Here's what nine Bustle readers with heavy flows had to say.

"It's awful. I'm changing tampons every two hours, sometimes only making it to 90 minutes before I can feel the wetness in my underwear. I constantly feel gross and that I'm on the verge of a reenactment of ninth grade when I didn't have any pads or tampons and bled through my jeans. I've ruined so many cute pairs of underwear on those first few days of my period."

"The first day of my period I cancel all my activities and stay at home and bleed. I only use night pads during this time because my menstrual cup... well, let's just say 'my cup runneth over.'"

"There are so many days where I have to use sick time to stay home because I know that I'm likely to get heavy clotting that will result in 'overflow.' I often wake up in the middle of the night to find that my tampon/pad/period panties situation has proved no match and I'm leaking all over my bed. I can't really go out for fun during my period because I know I'm going to bleed through my clothes or need to go to the bathroom every half hour to change my tampon just in case.

Also, buying enough tampons is expensive, man! I average two boxes per period and with the meds to manage the pain, it adds up. Last year, I could have bought two new pairs of boots with the money I spent on tampons and naproxen alone."

"When I've got a heavy flow I honestly feel disgusting. It's hard to explain but everything gets affected. For starters, I have to change my menstrual cup every hour or two, and each time my hands get all bloody and I get nervous that I will have an accident and drip blood on the toilet bowl seat.

Then there are the cramps. They suck. I take probably more ibuprofen than I should in a day, just so I can walk around without a grimace on my face. I just feel really low on energy, as if it's hard to get the daily tasks done at work and at my apartment. I wish I could curl up in a ball with a heating pad and shut out the whole world sometimes!"

"It affected my life in a very negative way. I'd bleed through underwear, through sheets, through pants... It was unbearable. I've gotten on the pill and have started using a Diva cup."

"My monthly periods are always heavy. I've developed a really high pain tolerance since my preteens because of the cramps. When I got my Paragard IUD the gyno commented on how unusually stoic I was during the procedure. She asked if I experience heavy periods and bad cramps, and said that explained my ability to handle the uncomfortable insertion process so well.

I've never found ways to lighten my period. I have found that exercise and heating pads greatly reduce my cramps, which is probably the worst part for me anyway. I spend way too much money on tampons since I go through them so quickly."

"Sometimes it just comes out of nowhere! I was fooling around with a guy once and all of a sudden he pulled his fingers out and they were covered in blood. It was so embarrassing but he was a nice guy about the whole thing, so it definitely could've ended way worse. But yeah, having a heavy period affects everything, even your dating life."

"Before I went on the pill, I was constantly stressed out about my period. My flow was so heavy I had to set alarms during the middle of the night to change my pad, and my clothes would still get stained. I was going through 4, sometimes 5, pads a day."

More like this
This Company Will Send STI Tests Right To Your Door
By Lexi Inks
Claire Foy & Rooney Mara Revisit A Devastating Tale In 'Women Talking'
By Bustle UK
The 5 Best Pillows For Acid Reflux, According To A Sleep Expert
By Maria Cassano
7 Dos & Don'ts To Follow For The December 2022 Full Moon
By Brittany Beringer
Get Even More From Bustle — Sign Up For The Newsletter