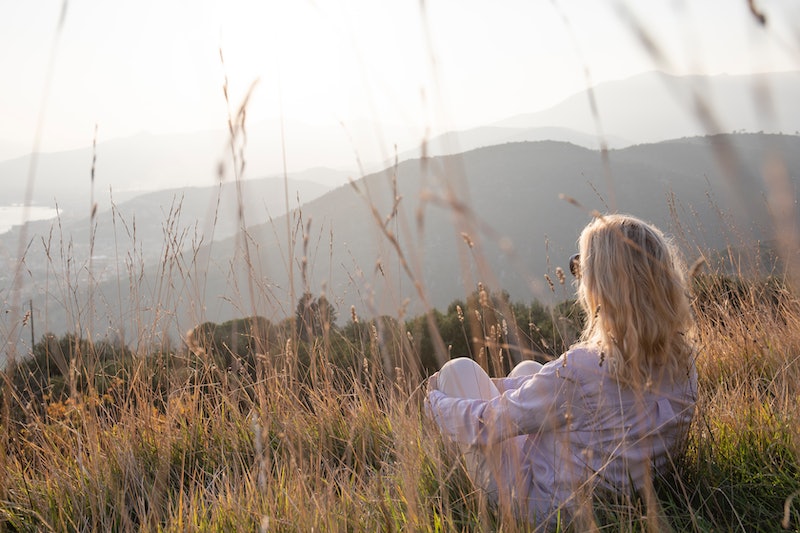 It all started when I was 12, when I got my first period. I reached this milestone a bit earlier than the rest of my friends, so it took me a couple of years to figure out that the cramps I got each month weren’t like the ones my friends had. My girlfriends would be complaining about how they felt not great and didn’t want to go to PE, while I’d be literally lying on the gym bathroom floor, unable to get up off the cool tiles. As I got older and learned that I had more menstrual pain than was “normal” (let’s not even get into how messed up it is that any pain is considered normal), I started hearing the word "endometriosis" mentioned as something I might have.

Endometriosis is a disorder thought to affect between six to 10 percent of all humans with uteruses, which is around five million people in the United States. If you have endometriosis, the lining of your uterus (which is called the endometrium) has decided to take itself out on an adventure to see the wide world of your insides, and as a result, grows outside your uterus. Since it maintains its identity as endometrial tissue, it thickens and bleeds with your menstrual cycle — but the blood has no place to go. The result is irritated tissue that develops into scar tissue or adhesions. As you can imagine, it is very painful.

I was officially diagnosed with endometriosis in 2013. Since then, I’ve done many of the things doctors know might help to curb my painful periods. I’m on a hormonal IUD because that’s the primary way to manage the pain symptoms. I’ve had one laparoscopic surgery wherein they lasered off the adhesions and scarring, and I’m about to have a second surgery in March. Because even with the first surgery, my endometriosis came back. I guess it likes me, but the feeling is most certainly not mutual.

I’ve been telling friends and family about my upcoming surgery, and of course, people have been asking me a lot of questions about what having endometriosis is like. Here are things I wish people knew about how my condition affects me personally. Note that there's a range of how this disorder can affect people, and so I'm just speaking from my own experience.

The scientific community still doesn’t know exactly why some people get endometriosis. Research has found some factors that can put you at higher risk for getting it. These include if a close family member has it, if your period started before you were 11, if your menstrual cycle is shorter than 27 days, or if your periods are super heavy and last more than seven days.

As for what actually causes endometriosis, they don’t really know that either. The primary hypotheses right now is that it is caused by retrograde menstruation, wherein during your period some menstrual blood goes the wrong way and brings endometrial cells through your fallopian tubes and into your pelvic cavity instead of through your vagina and out of your body.

Even if you and I have all the same symptoms, that doesn't necessarily mean that you also have endometriosis. A lot of the symptoms associated with endometriosis are shared with other disorders, such as pelvic inflammatory disease, ovarian cysts, and irritable bowel syndrome. While a seasoned doctor can make a very educated guess based on things like your symptoms and a pelvic exam, you can't know for sure unless a surgeon opens you up and checks you out.

3. Yes, My Cramps Are Absolutely Horrific, And They Last Way Too Long

There are a bunch of potential symptoms of endometriosis, but front and center is dysmenorrhea, which is the technical term for painful periods. The pelvic pain and cramping that comes with endometriosis often starts a few days before your period and goes well into the time when you’re actually menstruating. For me, my pain starts at least one week before my period and goes for at least three days into when I'm menstruating, resulting in approximately half of my life in significant pelvic pain. And yes, that makes it hard to live my life as fabulously as I would like.

4. Yes, Sometimes It Makes Me Not Want To Have Sex

For some people with endometriosis, sex is super disrupted by their disorder. Pain during sex is one of the main symptoms of endometriosis. This can make being intimate pretty difficult sometimes. As fellow Bustle writer Christine Schoenwald wrote in her piece about what having sex with endometriosis is like,

If you are an endometriosis-sufferer, you'll get to the point where you know things that will trigger pain during intercourse. When you think you've got this pain thing all figured out, some arbitrary action will set it off. You can be in the middle of having sex, and suddenly you're pushing your partner off you. Oh, and even when your sex session is over, the pain can continue for up to two more days.

Personally, when I’m experiencing symptoms in the form of really bad cramps, I’m not even going to try to attempt sex because everything just feels so awful. However, I’ve found that when my cramps are milder, orgasming does provide significant cramping relief.

5. Yes, It’s Possible That I Could Be Infertile Because Of It

Endometriosis can mess with your fertility. Between one-third to one-half of women with endometriosis have trouble getting pregnant — in fact, many people actually find out that they have endometriosis when they engage in infertility treatment. Your fertility can be affected by endometriosis messing with your fallopian tubes, which obstruct the egg’s path, but there’s also some indication that it damages either the sperm or the egg.

For those of us with endometriosis who want to get pregnant (which I’m on the fence about but why not keep all the options open right?), there are some things you can do to help. Surgery that removes as much of the adhesion and scarring as possible without messing with your reproductive organs is one option, and in vitro fertilization can also help, because it circumvents your obstructed tubes.

Once you know you have endometriosis, there are some options for managing your condition. For instance, pain medication can help with your cramps, and hormone therapy can mitigate your symptoms as well, since hormones control the waxing and waning of all endometrial tissue. For those of us with severe symptoms, you can opt for surgery, more intense hormones that put your body effectively into early menopause, or even a hysterectomy.

But no matter what you choose, nothing is a magic bullet. Endometriosis can come back. I know this, because mine did.

7. No, I'm Not Necessarily "Mad" About Having A Uterus

Sometimes it all seems not worth it; dealing with all this pain and expensive meds and surgeries to protect a uterus I’m not even sure I’m going to use for cooking up a tiny human. If I could put my reproductive organs in a decorative jar on my bookshelf until I was ready to have a kid (if that ever even happens), I would do it tomorrow. But even if getting a hysterectomy and ditching these parts would definitely make me pain-free for the rest of my life, I don’t know if I would do it.

I've come to terms with the fact that this pain doesn't mean I'm inherently more badass simply because I deal with more pain than most people — it really is just a disorder. I’ve also decided that I like all my parts, no matter how horrific they make me feel sometimes. But that extra, displaced endometrial tissue? I don't count that as a part of my body. I’m looking forward to my second surgery so I can finally, hopefully, say goodbye to endometriosis. Don’t let the door hit you in the ass on your way out of my life.