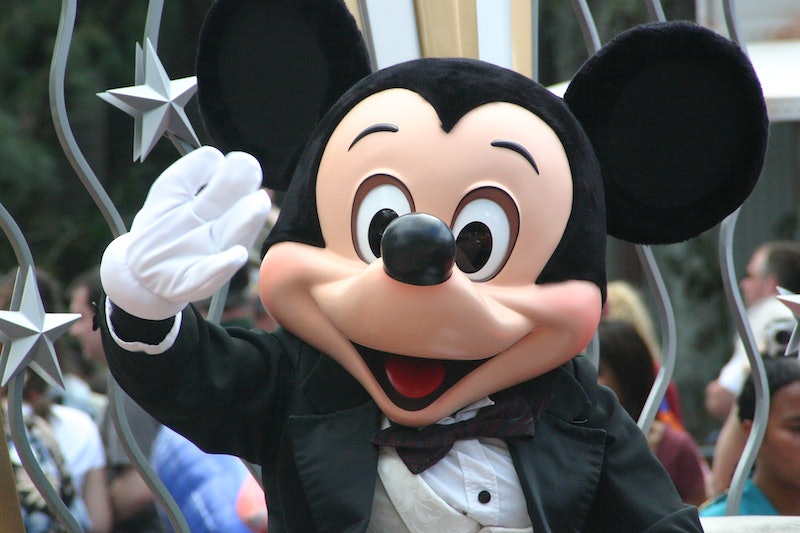 We’ve asked this question enough times that I think I can cut right to the chase: Is the creepypasta “Suicidemouse.avi” real? If you haven’t already guessed the answer, then clearly you haven’t been paying close enough attention to all our explorations of this legend or that one; there’s a distinct pattern when it comes to the reality of most creepypasta tales, and it’s pretty easy to spot. But — as has typically been the case with the myriad other little pieces of internet weirdness we’ve examined together — the pattern isn’t the interesting bit. The interesting bit is what makes us want to believe the stories in the first place. In this case, it’s about the history of one of the most notable forces in entertainment today. It’s about the story’s ties to our childhood. It’s about the way it takes something familiar and makes it strange — the very definition of the uncanny.

So let’s take a look, shall we?

Like many early pastas, the Disney-themed story “Suicidemouse.avi” is short — just 788 words — and the original author remains unknown. On Nov. 25, 2009, a video entitled “Suicide Mouse — Unseen Freaky Footage” dropped on YouTube, uploaded by a user going by the name Nec1. Nec1 is largely a mystery; the channel’s videos are an odd collection, with the first one having been uploaded in May of 2006 and the last one on June 14, 2010.

The “Suicide Mouse” video itself depicts Mickey Mouse — stylistically rendered very differently from his usual appearance — walking past a loop of buildings with his head down and his hands clasped behind his back. Dissonant piano music (which, really, sounds more like someone hitting random keys than an actual song) plays in the background, eventually becoming something resembling static; then, at about the 1:50-mark, the screen cuts to black. A title card inserted by whoever uploaded the video informs us that when they first found the video, the screen stayed black until the six-minute mark; they've edited some of the time out for the sake of brevity. After that, Mickey and the buildings come back, only this time, the soundtrack is full of distorted voices at first, and later screaming. The images begin to distort as well, becoming more and more twisted with each minute that passes. Then a blurry close-up of Mickey appears with what sounds like a broken music box playing in the background. The final image is that of a title card written in Cyrillic; apparently the words translate roughly to, “The sights of hell bring its viewers back in.”

It’s a weird video, and it’s unsettling in a way that’s hard to pin down. Something about it really jangles the nerves.

But, of course, it wouldn’t be anything other than just a weird video if it weren’t for the caption included with it. This is where those 788 words come into play — they describe the video, yes, but they also put it into context.

The way the story goes is that, for ages, the only part of this particular short anyone allegedly knew existed was the first six minutes. However, according to the caption on Nec1's upload, legendary film critic Leonard Maltin was allegedly reviewing a whole bunch of early Mickey Mouse cartoons in order to determine which ones would be on a planned DVD release. Maltin allegedly deemed the cartoon now known as “Suicide Mouse” unfit for inclusion, but wanted a copy for his own collection, so he had it digitized.

That was when he apparently noticed that the full video was actually just over nine minutes long — not six, as previously thought. And it was freaky. In fact, it allegedly freaked Maltin out so much that he eventually left the room, asking one of his assistants to finish up with the video, making sure to take detailed notes on it for his files.

The assistant did as he was asked… but he allegedly met a terrible end afterwards.

And now, the million dollar question: Is “Suicidemouse.avi” real?

If you know even a little bit about Disney history, you probably know that Mickey Mouse’s official debut was in the short Steamboat Willie , which was first screened in November of 1928. If you know a little more about Disney history, you probably know that Mickey’s dry run actually came in a different short: Plane Crazy was screened for a test audience prior to Steamboat Willie in May of 1928, although it wouldn’t receive an official release until March of 1929. And if you really know your Disney history — or if you’ve played the video game Epic Mickey, which I still think was a great idea that ultimately never reached its full potential — then you probably know that Mickey wasn’t the first anthropomorphic animal mascot created by Walt Disney Animation Studios. That honor belongs to Oswald the Lucky Rabbit.

Walt Disney and his chief animator, Ub Iwerks, created Oswald in 1927 at the urging of their distributor, Charles Mintz — Universal Studios was looking to get into cartoons, so the idea was for Walt and Iwerks to dream up something marketable, then sell it to Universal. The first Oswald short, Poor Papa, didn’t make the grade, but the second — Trolley Troubles — was released to great success at the beginning of September, 1927. Oswald became a hit, enabling Walt’s own animation studio to grow. After some contract difficulties, though, Walt and Iwerks walked away from Universal during the spring of 1928, leaving Oswald behind.

They created a new character shortly thereafter — a mouse — and, well… you know how the rest goes.

What both Mickey and Oswald had in common at the start was that they were tricksters — very different in nature from the kindly Mickey a lot of us Millennials grew up with. (Although, as Brooks Barnes noted in the New York Times in 2009, there’s been a move in recent years — beginning with Epic Mickey — to bring back some of Mickey’s more mischievous qualities.) This, combined with the animation style, the rudimentary nature of the sound quality (we’re still in the very early days of talking pictures, remember — a long way away from Dolby Digital and surround sound), and the slightly more absurdist bent of the animated works of the era, means that both the Oswald cartoons and the early Mickey Mouse ones? Well… they're not what we're used to these days. In fact, they're kind of strange.

“Suicidemouse.avi” allegedly belongs not the late-‘20s era of Mickey Mouse cartoons, but to the one from the 1930s. Exactly when, though, isn’t clear, and I would argue that it’s the lack of detail here that causes the story to fall apart a little. Somewhere around 85 Mickey Mouse shorts were released during the 1930s, and over the course of the decade, the style of the animation evolved. “Suicidemouse.avi” is clearly meant to be a departure in style from every other Mickey cartoon out there; however, it stands to reason that if it were real, it would bear at least some resemblance to the era in which it was supposedly made. Visually, though, it has more in common with the very early Mickey shorts — the ones from the late ‘20s — which suggests that if it was really meant to be from the ‘30s, as the story notes, then it must have been within the first year or so of the decade. Maybe not, though; again, the lack of detail takes away somewhat from the story's believability here.

Also worth noting is the fact that Ub Iwerks left Walt Disney Animation Studios in early 1930; the last Mickey short he worked on was The Barnyard Concert, which was released on March 3 of that year. If I had written the story (and I know I didn’t, so ultimately it doesn’t really matter what I would have done, but bear with me), this would have been the perfect fact to exploit in order to lend just a tiny bit more credence to the tale: If the fake video in question were connected to this very real fact, we’d have something more to ground ourselves in, perhaps allowing us to fool ourselves enough to make the falsity of the tale less obvious.

Alas, though, it was not to be.

At least there’s this: Although the Leonard Maltin that appears in this story is a fictionalized version of the real guy, there’s a grain of truth in “Suicidemouse.avi’s” premise: Maltin did put together a whole series of DVDs featuring classic Disney material, and it did unearth a ton of stuff most of us wouldn’t necessarily have seen before. Called Disney Treasures, the DVD series covered nine different “waves” and was released over a period of eight years between December of 2001 and November of 2009. Again, I suspect the story would have been stronger if there were more details in it — the naming of Disney Treasures, for example, instead of just a vague mention of some random DVD boxed set — but it’s nice to know that this little tidbit is out there.

But There's A Problem, Too

On a deeper level, I’m going to point out here that I find the frequent use of suicide as a plot twist in creepypastas intensely problematic. Within the genre, someone dying by suicide is typically a device used to shock and to horrify, and that is, simply put, really not OK. I get that it’s fiction. I do. And I get that the point of fiction is to evoke some sort of emotion in the reader, and for horror fiction, that emotion is… well, horror. But wrapping something up in fiction — and even dressing it up as something meant to frighten readers — doesn’t prevent or excuse it from being breathtakingly insensitive.

And that’s what using suicide as a plot twist is. To imply that simply the glimpse of a video, or a photograph, or a painting is enough to drive someone “crazy” or cause them to die by suicide minimizes mental illness and the challenges faced by people who have them. It also adds to the stigma surrounding mental illness, which is already difficult enough to fight as it is.

Genres can be used effectively to explore very real issues — think Pan’s Labyrinth, which is ostensibly a fantasy film but isn’t really, or The Taking of Deborah Logan, which uses horror to illustrate how far away a loved one with Alzheimer’s can feel. In most creepypasta stories, however, the writing isn’t usually sophisticated enough to harness these metaphors and use them for a discussion of something greater; instead they rely on the face value of a death by suicide to shock us.

But mental illness is not a curiosity. Nor is suicide. And they should not be made to be such purely for the sake of a plot twist.

Do with all that what you will.

As for “Suicidemouse.avi?” What makes it notable isn’t necessarily the story’s believability. It’s not even about whether the story is good. What it is notable for is setting the precedent for the entire “lost episode” genre of creepypasta. Some of the stories that fall under this genre purport to tell of episodes of existing shows like The Simpsons or Spongebob Squarepants — episodes that were considered so shocking, they never saw the light of day. Others are for television shows that didn’t actually exist — Mr. Bear’s Cellar, for example, or Candle Cove. Some of them even build an entire universes out of all of the lost episode pastas out there — or at least, one story in particular does that.

As is always the case with creepypasta, some of these stories are good, some of them are mediocre, and some of them are downright awful. Regardless, though, they all have the same story to thank: Without “Suicidemouse.avi,” they wouldn’t exist.