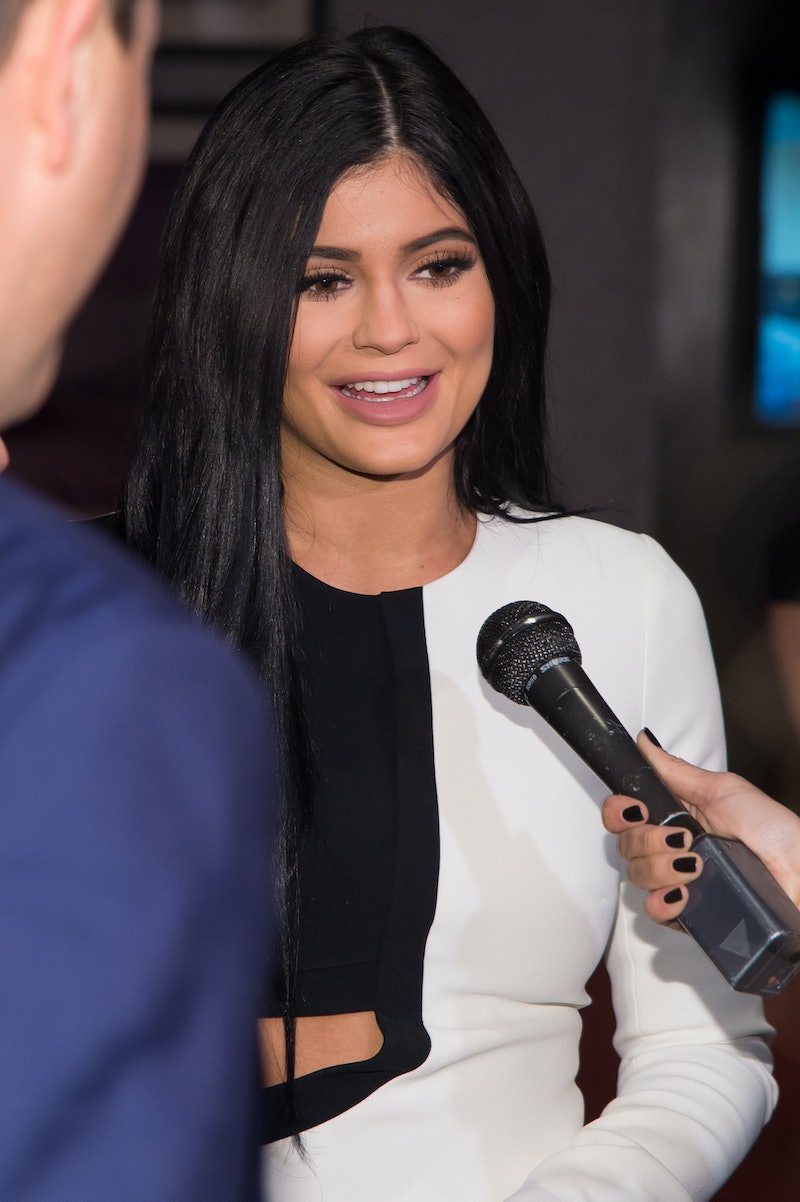 Hold up, Lip Kit devotees — it looks like Lip Kits (and more!) could be coming your way soon. If you missed out on the latest release date and were wondering when the next Kylie Lip Kit is coming out, let me tell you that things are looking good. As in, more Lip Kit shades and new products. That's right — Jenner is making good on her New Year's resolution to expand her makeup line. There's never been a better time to be a Kylie Cosmetics fan, folks.

While details about the new Kylie Cosmetics products are still under wraps, the recently rebranded company's new mission statement could give us a clue. According to the statement, "Kylie is currently working in the Kylie Cosmetics® Lab on a handful of new, top secret products she’s creating to help give you that perfect ‘Kylie look’." What does that look entail? Well, there's no doubt she'll continue to expand her massively popular Lip Kit line. We also know that Jenner's a huge fan of contouring, so it would only make sense for her to include a contour palette in her makeup line. Perhaps she'll include brow products and false lashes as well, because her brow and lash game are strong.

Restocked Lip Kits are coming our way ASAP, but can only speculate when the next wave of Kylie Cosmetics will fall into our clutches. With the original Lip Kits released just in time for the holidays and the Valentine's Day collection arriving two months later just in time for, well, Valentine's Day, I bet that we'll see the new products arrive around April, in preparation for the summer months. When reached for comment, a rep from Kylie Cosmetics said that future launches will be announced via social media, which gives us a legit reason to live on Instagram for the next three months.

As for what the releases will be, we'll have to see. I'd expect that the newest additions will be foundational products guaranteed to sell all year long (like that contour palette we're all hoping for), but perhaps they'll release some seasonally appropriate spring-y products as well. Until then, I'll just be trying to get my hands on Mary Jo.

While it will probably be a few months before any new products come our way, the chance to pick up Lip Kits might come sooner than you think. Kylie Cosmetics released an announcement on Instagram that assures us the products will be restocked soon. "I feel confident saying for now we will try our hardest to get more kits to you guys every week if not every other week," the statement, which appears to have been written by Jenner herself, reads. But wait — there's more. In a more recent snap, she hinted that Lip Kits could be restocked as early as this week. It's like Christmas for our lips, guys.

This is a change in pace for Kylie Cosmetics which, with the release of its signature Lip Kits last November quickly became one of the most coveted makeup brands on the market. With Lip Kits still selling for ten times their retail price on eBay, it's obvious that Kylie Cosmetics are totally in demand, and Jenner is not one to let an opportunity like this pass. Within hours of the most recent Lip Kit release, the old Lip Kit By Kylie website was reborn as Kylie Cosmetics, signifying that Jenner is in this for the long haul. Not bad for an 18-year-old.