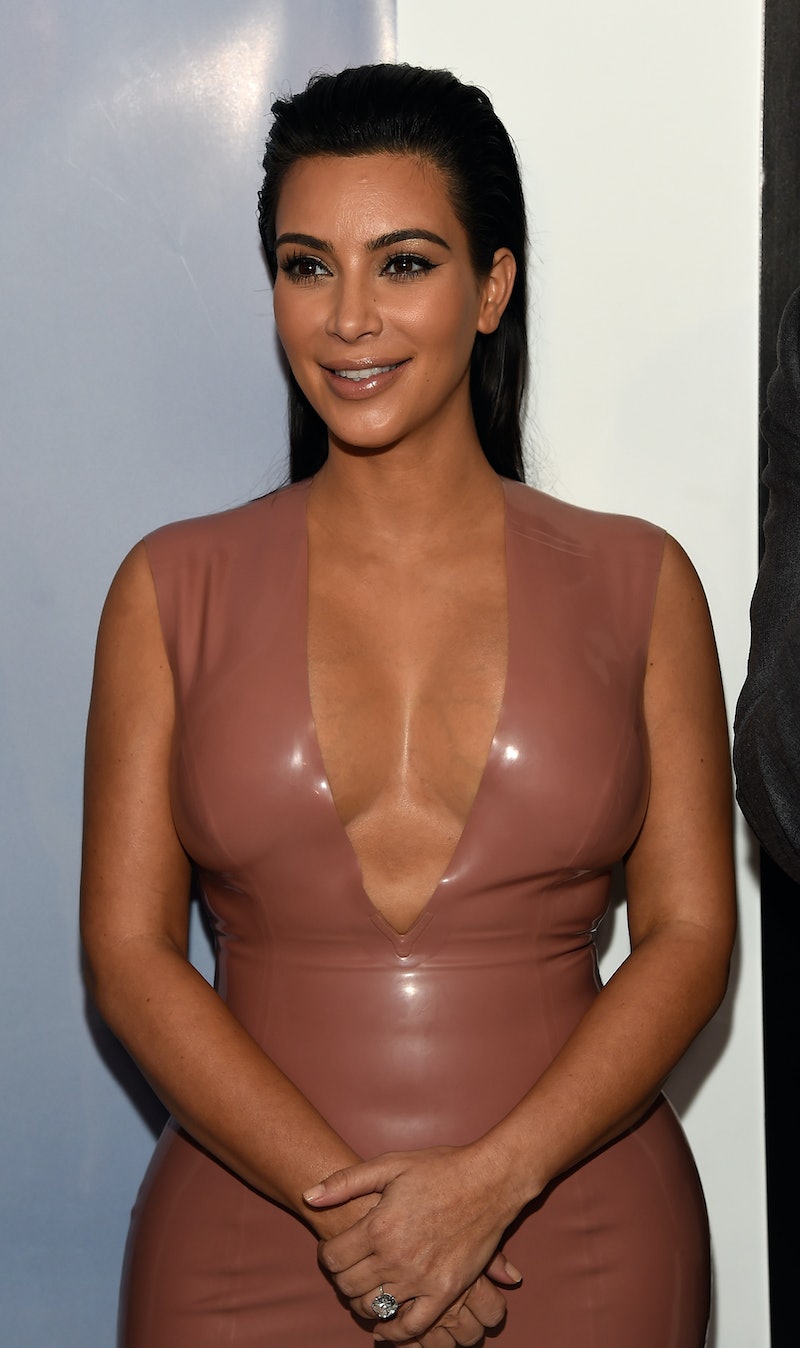 Everything Kim Kardashian touches turns to gold these days, including her recently released emoji line. Kim Kardashian released the aptly titled Kimoji in December and managed to break the Internet (or just Apple's app store) after too many people tried to get the line of Kimojis on their digital devices at once. There's no doubt that Kardashian knows how to brand herself in a way that people can't get enough of, and everything about her brand is uniquely Kim. But did she actually design the Kimojis herself?

Kardashian has been notably hands-on with many of the products she attaches her name to, so it wouldn't be surprising if she had plenty of say in the Kimojis and newly-released KIMOGIFs. On her blog announcing the Kimoji app, Kardashian said,

We first started thinking of all the emojis that we thought were missing and kinda went from there. It's been so fun coming up with these different ideas. I wanted it to be fun and relevant. I wanted to create emojis that everyone wishes they had. And we wanted to push the limits as far as we could, LOL! So, after months of going back and forth with my creative team, the illustrators and the tech team, we finally locked in the first pack!

While many of the Kimojis and Kimogifs are in true Kardashian fashion (such as the infamous white bikini belfie), some seem a little bit out of character, even for Kardashian, such as the marijuana leaves and the middle finger. It turns out that the designs were largely chosen by a graphic designer who, naturally, had to be Kanye-approved.

Back in July, long before the release of the Kimoji app, Kardashian gave a glimpse of the design process to Rolling Stone , saying, "I wanted to do really fun, different emojis that you don't see on your phone." She then asked her website team, "Is this designer Kanye-approved?"

At the time of the Rolling Stone interview, Kardashian was also revamping her website "experience," creating a "Web-based, magazine-like, subscription-centered media" that exists when you go to www.kimkardashianwest.com now. It's all part of her careful brand curation, and the Kimoji app fits perfectly into it.

The Rolling Stone writer explained of the Kimoji meeting:

Wielding a pen, she mulls over a long list of possible emojis, a mix of objects that she's come into contact with as well as people she knows, striking those that don't meet her approval. "A Speedo doesn't mean anything to me, same with disco-ball earrings," she says. She pauses at emojis of the other Kardashian women, raising the pen a little before swiping again: "I don't want any family members in it," she says. "They'll all want a piece." She keeps going. "But I love a waist trainer, and a Kylie lip. A fur-kini is kind of cute, and a patent pink dress." She smiles. "Oh, a pregnant belly. I can't believe I didn't think of that."

So it looks like Kardashian did not design the Kimojis herself, but she certainly had the final say when it came to the images all Kardashian fans are now feverishly texting their friends. At just $1.99, they're the perfect way to add a little Kardashian flair to your digital interactions. Plus, aren't the old emojis so 2015?!