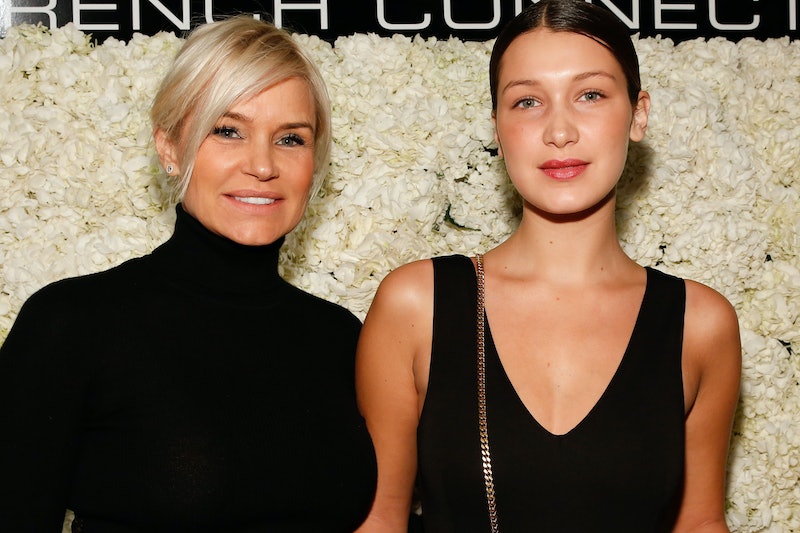 Yolanda Foster has been defending herself this entire season on Real Housewives of Beverly Hills. For some reason, the women became overly critical of Yolanda's health status early on in the season, until they promptly dropped it (probably after realizing that they were questioning someone who was suffering from a disease). Unfortunately, the backlash of their chitter chatter from the first few episodes caught up with the other women on the show when Yolanda got word that they were questioning her health, specifically Lisa Rinna. Lisa and Yolanda semi-smoothed things over recently, but it was only a matter of time until Yolanda was able to address her issue with the other Lisa, since Lisa Vanderpump said that she heard Bella and Anwar Hadid did not suffer from Lyme Disease.

Unfortunately, Yolanda shared on the show earlier in the season that her two youngest children, Bella and Anwar, also suffered from the same disease she suffered from. Lisa Vanderpump recently shared at a dinner party on the show that Mohamed Hadid (their father) told her that they were healthy. Looking back at the conversation, it is very possible that by declaring them healthy, he might have been referring to their current bill of health. Who knows, that's something that Hadid can speak to.

Now, Yolanda wants answers as to why Lisa would say something about her children's health. To prove Lisa wrong, Yolanda brought Bella and Anwar's health reports to their lunch to give to her. Lisa didn't want to accept the reports, as she felt it was inappropriate to read their medical reports. Even though Lisa said she believed Yolanda, Yolanda asked that if Lisa found the reports to prove that her children have the disease, that she'd like for Lisa to apologize to them. Lisa didn't quite understand the reason behind that, since she says she was just repeating something her friend told her.

Despite her efforts to get Lisa to take the medical reports, Yolanda left with the tests in hand. We'll have to see if this topic gets left behind or if it becomes the topic for the rest of the season... until then, let's glow in the amazing line that Yolanda gave us: "That's between you and the universe, baby."