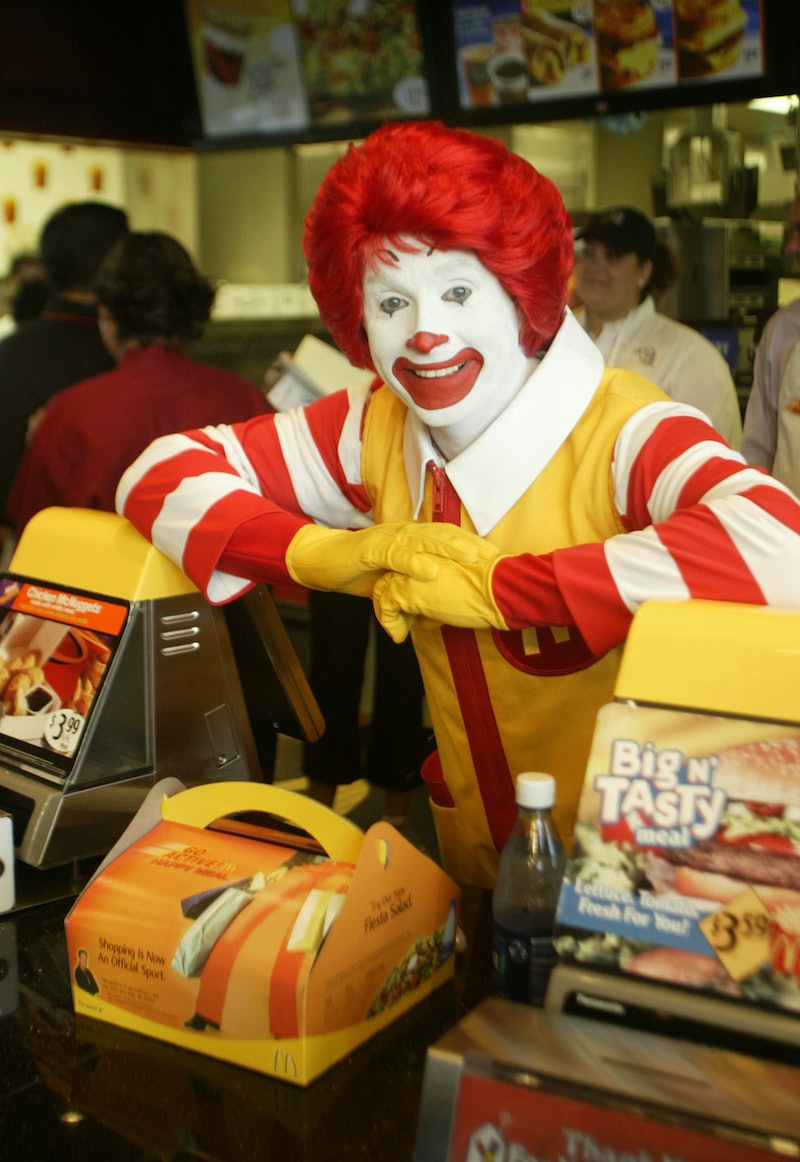 In the Pittsburgh neighborhood of East Liberty, police have arrested Shania Danis, a McDonald's employee who was apparently selling heroin with Happy Meals during her shifts at the fast-food chain. According to reports, Danis used a secret code with her heroin-buying clients: The person would say, "I'd like to order a toy" at the drive-through speaker and stop at the first window. He or she would then receive a Happy Meal box containing small bags of heroin from Danis after paying up, and then skip the second window.

Undercover officers managed to buy 10 tiny bags of heroin from Danis through the driveway. They then found 50 more bags on Danis, after which they promptly arrested her. At the moment, police haven't been able to determine how long Danis has been selling heroin with McDonald's Happy Meals.

While Danis' actions are certainly a felony in the state of Pennsylvania — and she might face 15 years in prison — police have determined that there is, fortunately, no link between Danis' heroin and the 22 recent deaths linked to fentanyl-laced batches of heroin in other Pittsburgh counties.

In the last five months, McDonald's has seen scores of labor strikes from its employees. The fast-food chain's workers reportedly make only $7.25 per hour — which is a mere $15,000 annually. McDonald's also received backlash after releasing a "sample monthly budget" for your Average Joe McDonald's employee.

The budget assumes that the classic McDonald's employee has a second job; that mortgage and rent will only cost $600 a month; only factors in $20 a month for health insurance coverage; believes heating will cost nothing; and left out basic expenses like food, water, childcare, gas, and clothing. Worst of all, to even survive on that budget, employees would have to make $12.86 an hour — or $15 before taxes.

For this reason, striking fast food workers have asked McDonald's to increase their wages to $15 an hour. Several employees from other companies — Victoria's Secret, Sears, Nike, and Potbelly — joined them to ask for the same minimum wage. So far, SeaTac, Washington is the only town who has passed a new minimum-wage law set at $15 an hour.

But what does that have to do with Shania Danis? Well, it might be easy to look at this event as a quirky bit weird news, but it could also be a troubling example of the lengths America's citizens may go to make enough money just to survive. While we're waiting for President Barack Obama to act on his promise of tackling income inequality, we might continue to see below-living-wage employees going to extra, illegal lengths just to make ends meet.