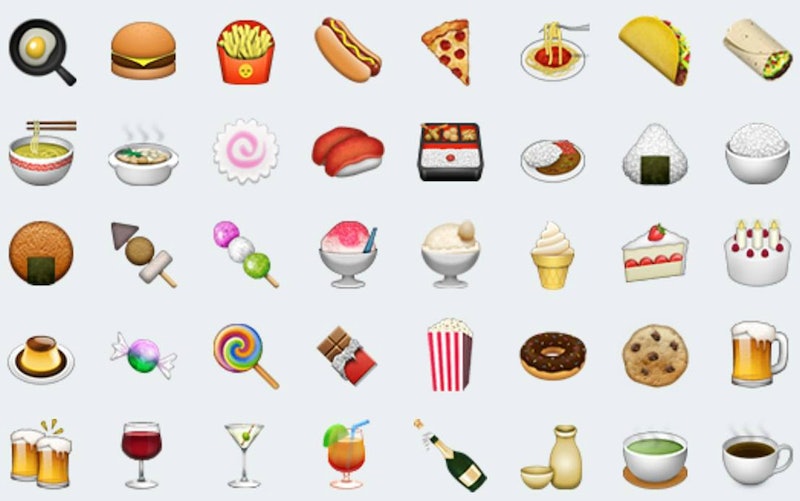 For Android users, it may seem like an announcement that has been simply ages in coming: The WhatsApp for Android emoji set now includes some of the most sought-after digital pictograms — ones which have been available to iOS users since the great iOS update of 2015. Finally! We now have the means to express our innermost emotions! How were we supposed to lay bare the deepest recesses of our souls without the burrito emoji, after all?

Available via an update on Google Play, the new emoji (or is it emojis?) bring WhatsApp for Android's tab total to eight, as opposed to five, and range from robot faces to a turkey and virtually everything in between. So, all in all, it is shaping up to be a big year for WhatsApp. In addition to the new emoji, the app also recently increased the number of people you can have in a group chat from 100 to 256, 'cause who wouldn't want to jump on a group chat with 256 of their closest friends, right? WhatsApp has experienced tremendous growth recently, now boasting 1 billion monthly users who send out a collective 42 billion messages every. Single. Day.

Of course, that number will surely spike now that the new emoji have arrived. Here are 10 of the top picks (by which I mean, my top picks) WhatsApp for Android users can finally send with reckless abandon.

A well-rounded fellow, this emoji works for either telling someone to "zip it" or for swearing your eternal secrecy. Also, it reminds me of that scene in Beetlejuice when he slaps a zipper on Barbara's mouth. So there's that.

This one's kind of a twofer because, let's be real, they're like the PB&J of the Mexican food world. If you know someone who doesn't see the relevance of burrito and taco emoji, it might be time to say goodbye — you don't need that kind of negativity in your life.

IT'S A UNICORN FACE. Need I say more?

To be honest, I have no idea what this one means. Yet, somehow, it feels like an apt metaphor for life.

They still make these ... right? Regardless as to whether GPS has rendered print maps obsolete, the traditional folded map is still symbolic of that holiest of institutions: the road trip. And who doesn't need more of those? Emoji your way to a new adventure, my friends.

A couch and lamp combo is clearly the universal language for "Let's veg out tonight." Also known as: Netflix and chill?

Can it be summer yet? Please? I'm going to start ending every text message with this emoji in the hopes I'll be able to annoy the universe into ushering in warm weather.

Ah, yes. The emoji we'll all undoubtedly be over-using in the next few months to stop texting wars over political affiliations. May the odds be ever in your favor.