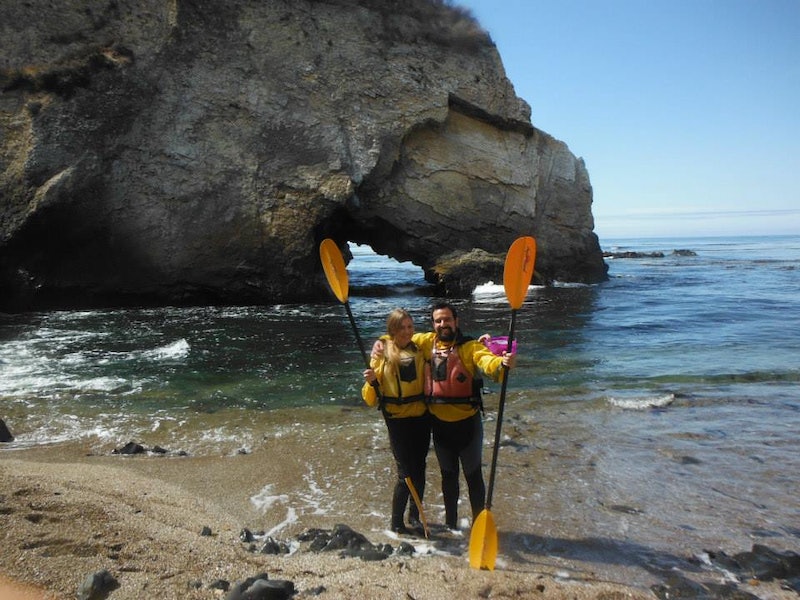 People often say that their relationships make them a better person, and I’d agree in regards to mine. After all, in general, they’re supposed to make us feel better, not worse, so it makes sense that experiences within the relationship help make us the best versions of ourselves.

“I think, in any relationship, if I don’t feel honored and made important or prioritized by my partner, that’s not going to be a long-lasting relationship where I get my needs met,” Jeffrey Sumber, MA, MTS, LCPC tells Bustle. “Whether it’s a relationship with your partner living under the same roof or a long-distance one, we all need basic needs met and need to feel special and valued.” I definitely hear that.

But hearing and doing are two different things. We all know people in subpar relationships — and have probably been in some ourselves. Don’t you just want to encourage them that there’s a better one out there for them, a healthy one, if only they’d end the one they’re in?

Below are 13 ways my relationships made me a better person. So the next time your partner’s driving you crazy, think of some of the ways they’ve changed your life for the better and your mood’s sure to change. Here are some keys things I’ve learned from my romantic relationships, and perhaps you can relate.

1. I Put His Needs First And Became More Selfless

When I’m in a relationship, I just can’t help it, but something’s overtaken me and I think of my boyfriend’s needs all the time, especially before my own. My boyfriend’s sick — I’m suddenly a homemade-soup-maker (or at least go pick some up for him at the local deli); he has a big day at work, I make us dinner (or attempt to). Point being, I find myself doing these things happily, expecting nothing in return.

2. I Tried New Things In The Name Of Love

I remember one boyfriend who cooked much more than I did. It’s not like I was anti-cooking (as you may have gathered above), but I worked longer hours than he did, so by the time I’d get out of work, it would be waaaay past dinner-time. This guy, we’ll say “Matt,” would whip something up out of nothing. I knew I liked him, really liked him, when I learned how to make some of his favorite recipes, too, like salmon (even though I don’t even eat fish).

3. I Got Out Of My Comfort Zone

Like cooking and doing things you’re not accustomed to, I think we grow a lot in our relationships when we get out of our comfort zones. For instance, one of my long-term boyfriends really wanted to go skiing one weekend. Was this the time for me to confess that I hadn’t been on skis in years? Or was this the time to get back up on skis, no matter how bad a fall I had a few years prior, and have a potentially fun weekend with him? Yep, you guessed it — the latter. And all it took were a few refresher lessons and some confidence.

Due to the whole my-partner-encourages-me-to-be-a-better-human-being thing, I suddenly felt I wanted to achieve more goals. No time like the present, right? And I owed it in part to my S.O., who’s become my #1 cheerleader in life and what I want to do with it.

With Matt, my eating habits were not great. I blamed my 80-hour-a-week job, but he blamed my lack of wanting to eat healthier — and he was right. I also considered running around work to be exercise, whereas Matt taught me about actual exercise, that involved the gym and hiking regularly at one of the many beautiful trails in L.A.

Once I saw how my boyfriend excelled at keeping track of every cent he spent, it encouraged me to keep better track of my expenses, too — what was coming in and what was going out. Plus, now I could also budget for things to get for him.

8. We Helped Others Together, Which Made Us Closer

There’s a famous phrase about “the family that prays together, stays together,” and I think this is applicable to volunteering together, too. Not only does it help expand your mind to what others are going through, but it helps you feel satisfied in helping them, as well as unites you and your partner. Whether it was Habitat for Humanity or feeding homeless people at church each week, doing a volunteer activity together — and consistently — helped bond me and my boyfriend, too.

9. I Learned How To Be More Humble

I thought I’d had a challenging childhood, but then I learned about my then-boyfriend’s. I also learned about certain struggles he was facing (or had dealt with in the past), and my issues suddenly seemed like nothing. If he can survive that, he can survive anything, I thought. I know, it’s not a competition to see who had or has it worse, but it did help put things into perspective.

10. I Learned The Art Of Compromising

More than once, I’ve been accused of being too independent and a bit set in certain ways of thinking and doing things. Well, all it takes is dating and a relationship to learn that it’s all about compromising! Now, this isn’t to say to be someone’s doormat, but certainly to be open to their suggestions and ideas, too — like watching football with them now and then. For instance, a boyfriend, “Paul,” loved to watch football — multiple times a week. Nbd if I don’t watch with him, I assumed. But it turned out he thought it would be fun to watch together sometimes, so I tried. And it wasn’t as bad as I thought.

11. I Learned To Be More Versatile

When it’s time to meet your partner’s friends for the first time, it may be intimidating. With one boyfriend, he and his friends had known each other since they were kids. No pressure, right?! I feel I’m a really social person, but… It turned out I had nothing to worry about. They were super welcoming, as though I’d known them forever, too. Once I got over the fear of doing it, I realized how much easier it was than I’d anticipated. So, soon, overcoming your anxiety leads you to overcome other anxieties, too, whether it’s meeting strangers (aka your boyfriend’s posse) or making your karaoke debut with your boyfriend by your side.

They say communication is key, and I agree — even when it’s not easy. How many times have you and your significant other gotten into an argument and you’re tempted to go to bed angry? I used to be stubborn and would just want to “sleep on it” and go to bed. But my then-boyfriend disagreed, saying if we went to bed angry, we’d wake up angry.

“The foundation of a good relationship is to be able to talk to someone, about anything and everything,” Dr. Suzana Flores, clinical psychologist and author of Facehooked: How Facebook Affects Our Emotions, Relationships, and Lives, tells Bustle. “The more you can talk to each other, the more likely you’ll trust each other and be able to confide in each other and know the other person won’t criticize you. Whether communicating offline or digitally, it is important to figure out how your partner wants to express endearments.”

13. I Realized How Happy I Was

I thought I was happy before, when I was single. Well, little did I know that this person I met — who’s now my significant other — would enhance my life so much that it made me wonder how I lived without him for so long. He complements my life so well, it’s as if he was made just for me. And being coupled up is all about how someone makes you feel, right, and making sure they enhance your life, not the opposite.

All in all, I think we learn something from every relationship, the good and the not-as-good. The key is to carry over the good to our next relationship and hope that the person your dating has, too.