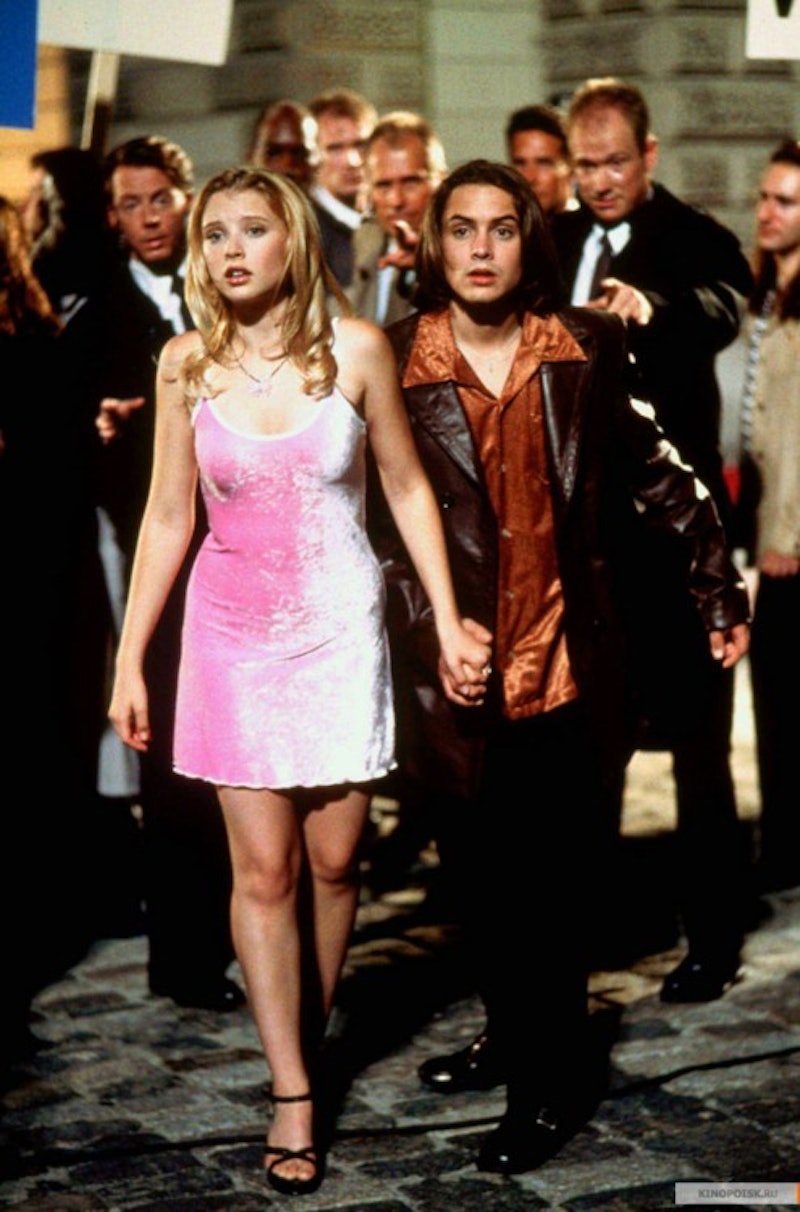 Since — no joke — there happens to be a new sequel or reboot popping up every 20 seconds these days, can Disney Channel Original movies start getting in on the trend? Like for instance, can they make a sequel to the 1998 cult classic My Date With The President's Daughter? Now, even though this idea is admittedly genius, full disclosure: It's not entirely mine. The actor Will Friedle — aka Duncan Fletcher — told People's Choice back in September that he'd be up for a sequel, and thus, spawned the squeals of a million nostalgia loving millennials. I mean, that can't have just been me...

Friedle really is an ideas man — he even offered up some possible sequel plots. “They would probably do something now, again because I’m almost 40, where it would be my son going on a date or something like that,” Friedle said. “Or somehow Hallie (played by Elisabeth Harnois) and Duncan ended up together and our grandfather is still Dabney Coleman and something happens with him. They would find a way to work it out. Great writers can do anything. They would certainly find a way to get the plot working.” I completely, 1000 percent agree. Great writers, are you listening? Do you hear Friedle, and by extention, me? If so, please consider the aforementioned plot, and the following reasons why My Date With The President's Daughter completely deserves this now long overdue sequel.

1. We Need A Remix Of This Song

It's been stuck in my head for 18 years, so please, give us something else.

2. Because Both Of The Leads Had Great Hair

That's a legitimate and serious reason.

3. Because Duncan Was A Lovable Goofball

Actual footage of me shopping.

4. And Hallie Was A Badass

Hallie ditched her Secret Service agents, insisted she drove Duncan's car, and then called out some sexual harassment. Hallie was boss.

5. This Dress Happens To Be Back In Fashion Anyway

6. Plus, These Two Are Adorable

The chemistry is on fire.

7. Mostly To See If This Helmet Still Exists

That look on her face is pure excitement. Guys, this is a love that could have lasted! We need to know if it did.

10. Because Did Duncan Became A Professional Magician Or Nah?

This keeps me up at night.

Possible plot twist/life route for Hallie! She was very diplomatic in those press interviews.

Disney, it's imperative that you seriously, seriously consider this.