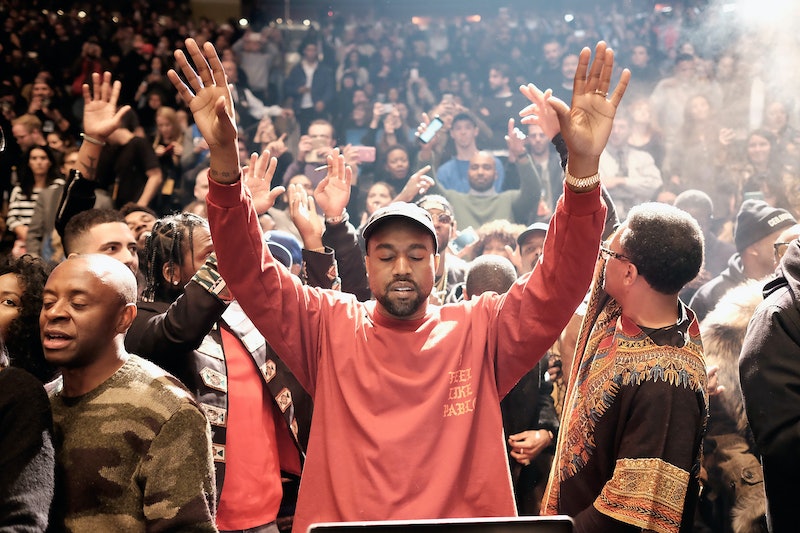 Remember when we all waited for what seemed a billion years for Kanye West to drop his newest album, The Life of Pablo, until he finally announced the album's availability on Tidal during his Saturday Night Live performance? It's been a long road to get Pablo out to the public, but now that it's arrived, I'm more concerned with learning when Kanye will announce the Pablo tour. We had to wait forever for a final title, then what seemed like even longer for the actual album, so I'm already impatient to know when this much-awaited tour is actually gonna happen.

West loves to make his fans wait for everything (except when he randomly posts controversial Twitter rants and spits out bizarre declarations (I still haven't forgiven him for "Imma let you finish", and I maybe never will). So I hate to break it to you, but I have a bad feeling that the Pablo tour isn't going to go down anytime soon. The last time West toured was in 2013 for the constantly postponed Yeezus Tour to promote his album, Yeezus, and the year before that he toured with Jay Z on the "Watch The Throne" tour to seemingly promote his collaboration album with the rapper. Before that spree, tours were few and far between for Kanye; he hadn't toured since 2008 for the Glow in The Dark Tour.

So with that in mind, I feel like this new tour won't be announced for several months, at the earliest. The following are a few more reasons I fear that we will be forced to wait another zillion years for a Life of Pablo Tour:

1. West Hasn't Toured Much In His Whole Career

For an artist who boasts a discography of seven studio albums, he's only toured five times — meaning that some albums have just not gotten tours to go with them.

Fashion shows, two young kids, a 2020 presidential election to launch — does West even have time for a tour? It seems unlikely. Though to be fair, he did launch a fashion show and perform on SNL all in one week, so maybe his multitasking skills are up for it.

3. He's Got A Habit Of Postponing

West seems to be a perfectionist who is not willing to perform if everything is not just so. He postponed his Yeezus tour multiple times: once for the Vancouver, Denver and Minneapolis dates because he was getting picky about props, and again for all his Australia dates so he could work on a new album. This behavior does not bode well for a new tour.

4. He Canceled A Whole Tour Once

Sure he and Lady Gaga reportedly had creative differences, and sure, he probably needed some down-time after his infamous VMA debacle, but did West really have to cancel his Fame Kills dates? That would have been the coolest tour ever.

Though a Pablo tour will most likely be extravagant and amazing, it's likely that fans will be waiting a long time to get tickets. And even if it happens sooner rather than later, it's possible some dates will get postponed or cancelled completely — basically, expect this tour to be done on Kanye time, which, we all know, is far different than the time spent by the rest of the world.