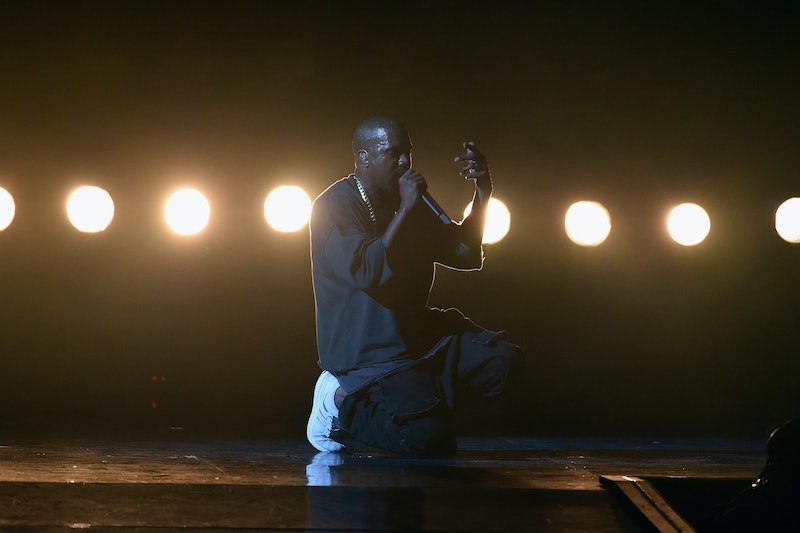 If there was any doubt in your mind Kanye West loves to get the last word in, then you have not yet heard his Wiz Khalifa diss on "Silver Surfer Intermission." The 14th track on West's The Life of Pablo is not a song at all, but a phone conversation between West and the legendary rapper Max B, who is currently serving a 75 year prison sentence. Max B is known for popularizing the term "wavy," and if you have been following the numerous name changes of The Life of Pablo, then you will know the album was at one point titled Waves.

When West announced that the title of his album would be Waves, rapper Wiz Khalifa called West out on Twitter, where he tweeted, "Please don't take the wave" and "Max B is the wavy one. He created the wave. There is no wave without him." This launched the most insane Twitter feud of 2016 so far, as West bombarded Khalifa with a barrage of tweets dissing everything from the man's pants to his family. After roughly a billion tweets, West deleted most of his rant and apologized in a weird, West-like way (aka he said sorry, while also defending himself and going on tangents). Later, he announced the title of his album had changed, and everyone thought they could move on with their lives.

But we were all wrong. The feud wan't over. It still isn't over. West clearly needed to get the last word in, and he did it in the most epic manner possible. He put a phone conversation with Max B (also know as the Silver Surfer) giving West his blessing to be wavy on his album. Sorry, Khalifa, but you have been checkmated.

Now the question is, did West have this chat with Max B before or after the Twitter feud heard round the world? The fact that "Silver Surfer Intermission" is one of the seven extra tracks added after the initial tracklist announcement should make you very suspicious. As for Max B, he initially gave West his blessing to use the Waves title on the radio show 105's The Breakfast Club after the feud. At that point Max B noted he had never spoken to West, which means that, yes, West totally set up a call with Max B after the Twitter feud and then added the intermission to the album, thereby forever immortalizing his "win."

You guys, this is real life. Somewhere out there Khalifa has to be weeping internally.

More like this
Watch Pete Davidson Joke About The “Really Weird” Kanye West Drama On Stage
By Brad Witter
Harry Styles Opened Up About Olivia Wilde With A Rare Comment About "Trust"
By Sophie McEvoy
Selena Gomez Joked About Her Relationship Status In Her ‘SNL’ Monologue
By Grace Wehniainen
Twitter Is Upset About The 'American Idol' Top 3 Results: "Who TF Is Voting?"
By Jake Viswanath
Get Even More From Bustle — Sign Up For The Newsletter