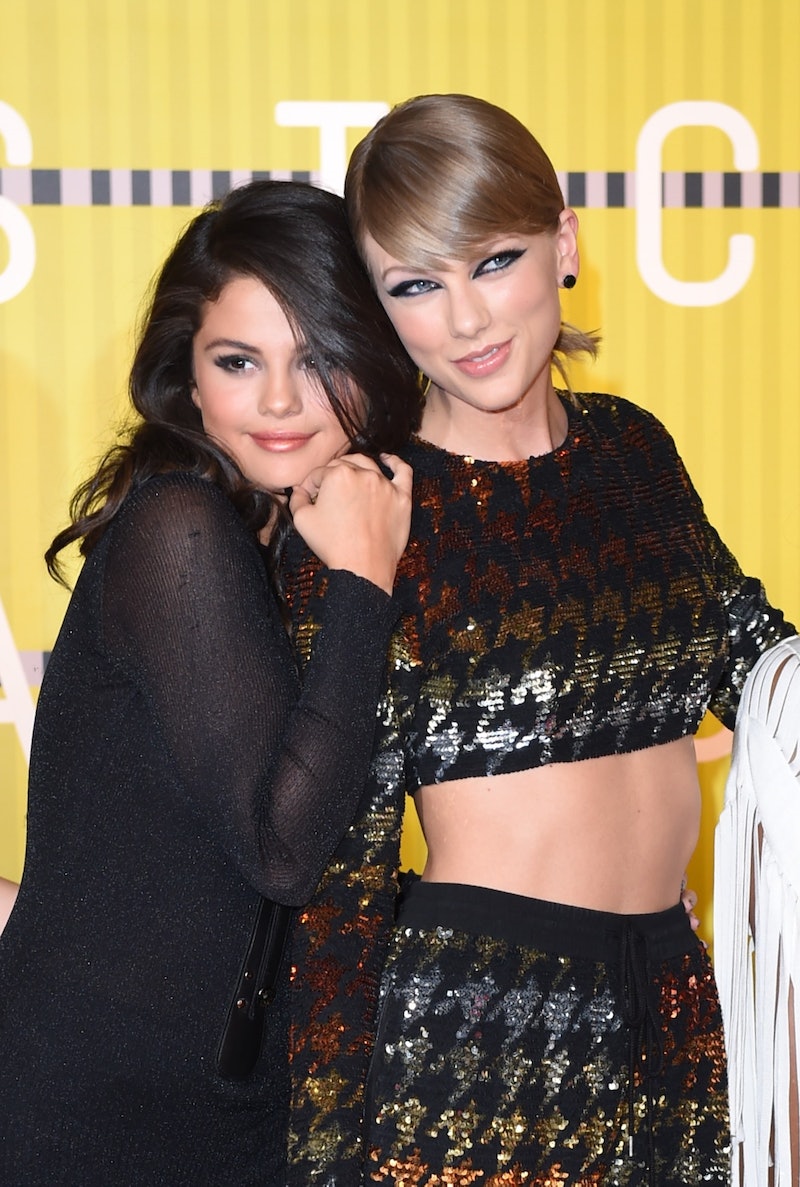 After months filled with anticipation, Kanye West finally released his new album, The Life Of Pablo. On the song "Famous," West references Taylor Swift and let's just say it's definitely not the nicest shoutout. If anything, it feels like the 2009 VMAs all over again. Not only does he say he made Swift famous and refer to her as a "b*tch," but he says they might still have sex (as if that was ever an option). Yikes! The backlash was almost immediate. Everyone from Swift's brother Austin to her gal pals Ruby Rose and Gigi Hadid had her back. During a radio interview with SiriusXM Hits 1, Gomez stood up for Swift too. Defending her BFF, Gomez said,

Everybody has their own opinion. At the end of the day, you can just do what you do. She's killing it and she kind of always has been.

Yes! That last part couldn't be more true. (Feel free to consult this essay by Bustle's Shannon Carlin, which perfectly explains how Swift was a star way before West stole her VMA moment.) I also love that Gomez is so nonchalant about the whole thing. She acknowledges that everybody has different opinions and sometimes you just have to let them be. She didn't diss West in the process (because hey, two wrongs don't make a right). Essentially, Gomez gave a perfect response, all while showing she supports her pal.

You can hear Gomez's comments for yourself here:

Despite the range of reactions the song has received, West defended the lyrics. He posted a series of tweets, even claiming that he ran the lyrics by the "22" singer beforehand.

Kanye did not call for approval. But to ask Taylor to release his single Famous on her Twitter account. She declined and cautioned him about releasing a song with such a strong misogynistic message. Taylor was never made aware of the actual lyric, "I made that b*tch famous."

Basically, it comes down to a matter of "he said/she said." But regardless, what West said isn't cool at all. And for that reason, it's great to see Swift's squad isn't afraid to defend her honor.