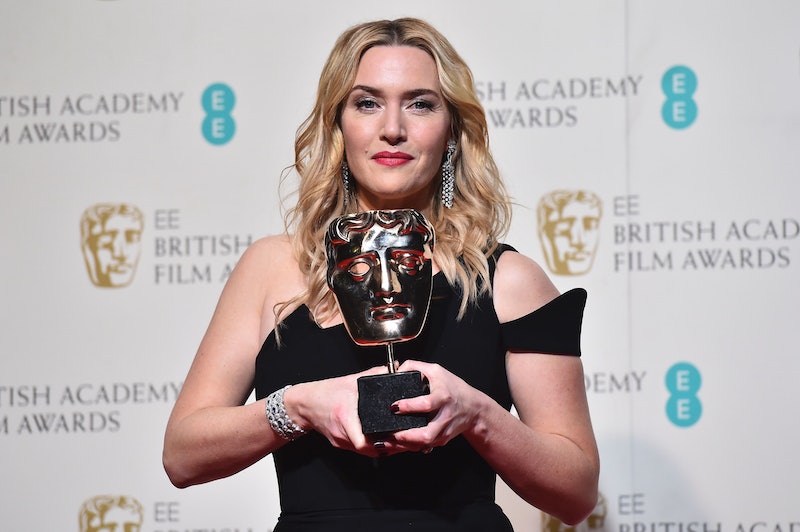 Some award years are pretty boring — 2016 is not one of them. In many categories, the races are tight, tension is high, and speculation is at a fever pitch. One of the most interesting races to me this year is that of Best Supporting Actress. Will it be Alicia Vikander for The Danish Girl (or Ex Machina, depending on the award show)? Or Kate Winslet in Steve Jobs? Vikander took home the SAG Award, and Winslet nabbed the Golden Globe. Tonight, Winslet added another weight to her side of the scales—Kate Winslet took home the BAFTA for Best Supporting Actress, winning in favor of Vikander’s turn in Ex Machina (it’s worth to note that Vikander is nominated as a lead actress at the BAFTAs for The Danish Girl). Does Kate Winslet ever lose, and does this help her chance at an Academy Award?

Since Kate Winslet appeared in Sense & Sensibility in 1996 (she got her first Oscar nomination for her role), she’s been a staple on the awards show circuit. From Titantic to The Reader, Winslet seems to just show up to these things to collect the award. If you’re up against Kate Winslet, just start drinking — you will not need to give a speech that night. In terms of the BAFTAs, I always thought that Vikander had a better shot of winning lead actress, anyway, since The Danish Girl is a more traditionally award-winning film than Ex Machina. If we’re deciding between a doting wife overseeing her husband’s transition from a man to a woman and a sentient robot, I think the wife wins the award every time. There’s not a lot of room for tech at award shows.

So who wins the Oscar? I think that Winslet’s turn as Joanna Hoffman that nets her a second Academy Award. Vikander is talented, sure, but Winslet turned Hoffman into the powerful yin to Steve Jobs’ yang.