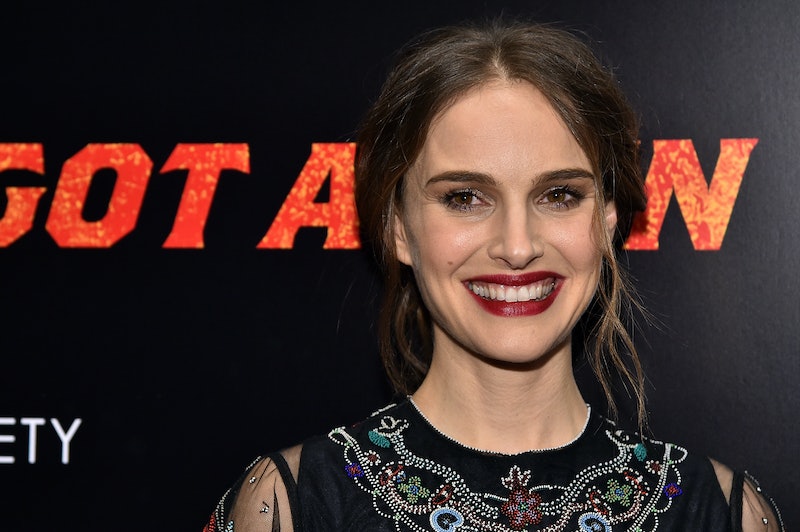 There are some celebrities who just seem like they've been around forever. With these stars (I'm looking at you, Natalie Portman, Cher...), I can't remember a moment of my existence when I was not aware of them. And yeah, OK, my entire life only sums up to little over 24 years (and maybe some in-utero experiences I can't remember), but I would say that I have a pretty vast knowledge of '70s and '80s pop culture, and so I would consider myself well aware about celebrities who seem like they've been around in the industry for a very, very long time.

It's tough to have a long-lasting career in Hollywood; stars fall in out and of grace and without much warning, and often also without much cause (just look at what we all did to poor Anne Hathaway a few years back). However, that being said and noted for its all-around lameness and unfairness, there are some stars who just never seem to have fallen from grace, and have stayed at the top of the A-list for decades. The following are 11 celebrities who fit that bill, and seem like they've been famous for, well, pretty much forever.

Portman has been appearing in movies since 1993, when she starred as 12-year-old Mathilde, the ward of a hitman, in the film, Léon: The Professional. Since then, she's been in everything from The Phantom Menace to The Other Boleyn Girl. Even after fading into the background for a bit while she got a Harvard college degree (not too shabby, eh?), Portman stayed in the game, nabbing herself an Oscar for an acclaimed role in Black Swan. This beloved actor has been and will be around forever.

Willie Nelson had already been arrested for drug possession three times before I graduated high school. He's also been writing hits and singing them since the mid-'50s. And fans have loved every moment they've had with him. Someone needs to find a way to make this man live forever.

With a mile-long resume and an appearance that never seems changed, this actor may or may not have been around since the dawn of time. Seriously, dude looks exactly the same as he did in 1980 when he made his debut on Canadian television show Hangin' In.

When I was seven, I attended my first concert, for Cher. It was unforgettable. And how could it not be? Cher's career has been going on since the mid-'60s when she and the now late Sonny Bono were the greatest pop duo in town. Sure, she hasn't done anything too noteworthy in awhile (if you don't count her amazing Twitter account), but you can always expect great things from this early Queen of Pop.

Over the course of his long career, Walken has starred in countless movies, performed on variety shows, and hang out with entertainers like Jerry Lewis and Dean Martin. He's been around for six decades of acting –– basically, forever.

Hip hop is an industry in which artists fall from grace quickly and easily (when was the last time you heard anything from Shaggy?). But Snoop Dogg has withstood the test of time. The rapper has been in the biz since 1992 when he was featured on Dr. Dre's Album, The Chronic, and his career is still going strong. Though many other rappers might have more years on them than he does, Snoop has been such a huge part of the pop culture that it seems like he's been around forever.

Oprah has been in the public eye since the mid-'80s with The Oprah Winfrey Show, and even before that, she was making waves on various regional news stations. Oprah is everywhere these days, in movies, in the news, even in the grocery store checkout line on the cover of O Magazine.

"Can You Feel The Love Tonight" has been stuck in my head for the past 20 years, but Elton John was super famous long before that song hit the scene. You don't become a knight by only being around for a little bit.

In 1997, when Ellen DeGeneres came out of the closet both on her television show Ellen and in real life, her career went on pause, with many in Hollywood hesitant to help her gain success. But despite these challenges, DeGeneres came back in full force in 2001 when she hosted the Emmys. From there, she went on to become a fixture in the American home again with her daytime talk show, The Ellen DeGeneres Show. And now, it's hard to imagine a time when DeGeneres wasn't in the public eye.

Jackie Chan has been roundhouse kicking on the big screen since the early '70s, and with the Rush Hour franchise, he cemented himself as the world's favorite martial arts-skilled actor. I don't remember a time when Chan wasn't associated with the act of kung fu.

Betty White received her first of 21 Emmys in 1951, and she has been on the scene for more than 60 years. Luckily for the world, she's still going strong, with roles on TV and raunchy reviews of Deadpool .

The celebs above all feel like they've been in the public eye for an incredibly long time. In a place like Hollywood where stars can lose fame in the blink of an eye, these stars' continued popularity is truly great to see. Here's to many more years of all your fave A-listers.