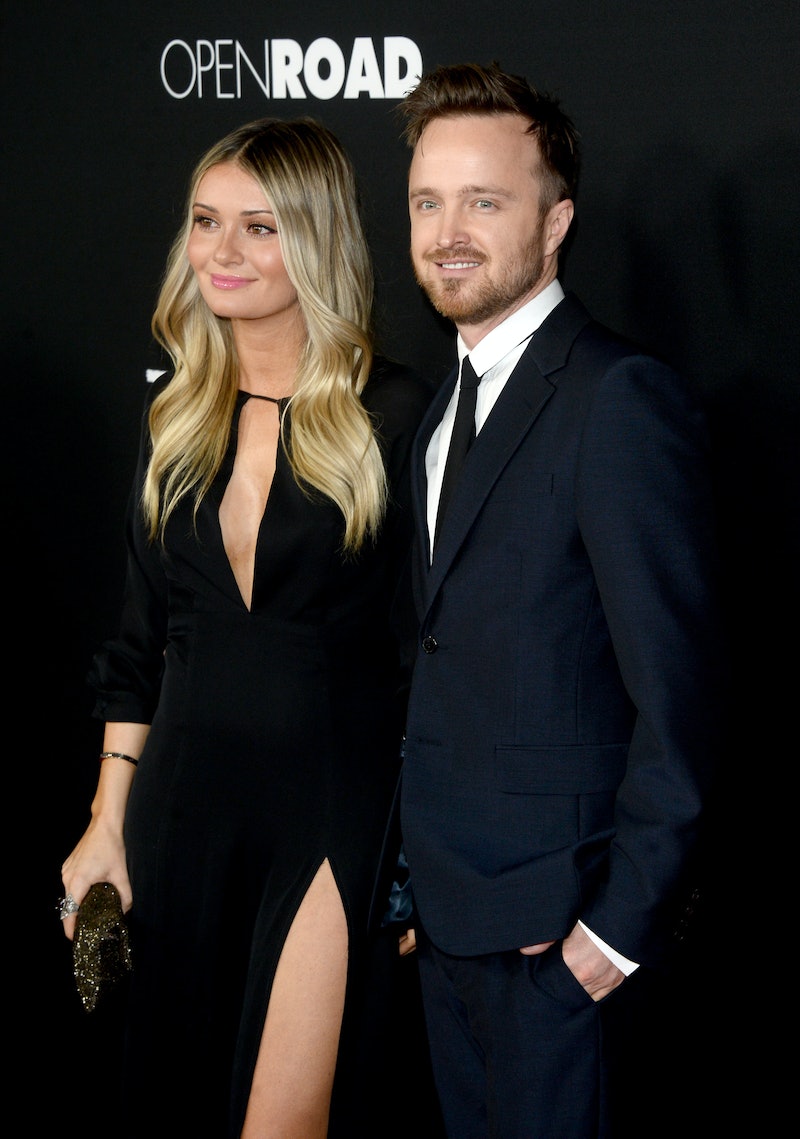 It isn't much of a stretch to suggest that the institution of celebrity marriage is more akin to dating; after all, I've had splinters lasted longer than Kim Kardashian's 72-day marriage to Kris Humphries. And who can forget Britney Spears' 55-hour marriage (later annulled) to her high school sweetheart? Or Dennis Rodman's nine days of wedding bliss to Carmen Electra? With so many celeb breakups happening left and right, it's no surprise that I used to think that the secret to a happy marriage was that one or both parties shouldn't be famous. But I now realize that isn't so. There are plenty of examples to the contrary, from Kelly Ripa and Mark Consuelos (who've been married for 20 years thus far) to Kevin Bacon and Kyra Sedgwick (28 years and counting) and Danny DeVito and Rhea Perlman (34 years and going strong).

And although the vow "'Til death do us part" doesn't always ring true, the below list contains 14 celebrities who looked outside of the Hollywood sphere and married total badasses — men and women who not only excel in their chosen fields, but who also serve as models for what a great celebrity marriage can look like.

Four years after meeting at the 2001 X Games, Pink proposed to her now-husband, a motocross and motorcycle racer, by holding up a sign during a race reading "Will you marry me?" After he passed her by, she wrote "Serious!" beneath it. The two were married in Costa Rica the following year, and after a brief separation, they welcomed their first child, Willow Sage Hart, in 2011. You can check him out in the videos for her songs "Just Give Me A Reason" and "True Love."

Lauren, a co-creator of the Kind Campaign, a nonprofit aimed at eradicating bullying, met Aaron at Coachella, and the two married in a 2013 ceremony in Malibu, for which the groom asked guests to memorize the Shivers' song "Beauty" to sing. (And yes, Bryan Cranston was a groomsman.) In addition to posting the cutest Instagram photos ever, the couple have partnered up to raise millions of dollars for her nonprofit.

It all started with breakfast food. Actor/writer/director Bell met now-husband Campbell on the set of her HBO show How To Make It in America, where the tattoo artist was hired to apply a temporary tattoo of a stack of pancakes. Within nine days of their first date, Campbell tattooed Bell's name on his back, and they were married in a 2013 ceremony. (Fun fact: Campbell is behind the body art of Sting, Marc Jacobs, Robert Downey Jr., and Courtney Love, and he also served as best man at Justin Theroux and Jennifer Aniston’s wedding.) That same year, Campbell worked as an art director on the set of his wife's directorial debut, In A World ..., which she also wrote and starred in. In 2014, Bell gave birth to daughter Nova, who will no doubt have amazing ink, should she chooses, in the future.

After years of insistence that he'd never marry again, George shocked the world by getting engaged to his now-wife, Amal, an Oxford-educated lawyer, activist, and barrister specializing in international law and human rights. Perhaps you'll recall their over-the-top 2014 wedding in Venice.

McCauley, who speaks three languages, is a robotics scientist and tech entrepreneur, Just Jared reports. After marrying in a secret ceremony, she and JGL had their first child last August. The two rarely make public appearances together, but here McCauley is at a 2015 Cisco panel discussing the future of robotics.

Hobson, a Princeton grad who currently serves as President of Ariel Investments, met Lucas, 25 years her senior, at a conference, saying in a 2012 interview on Oprah's Next Chapter, "We didn't have preconceived ideas about what a partner should be, and so we allowed ourselves to discover something that was unexpected." Watch her TedTalk, "Color Blind or Color Brave?" and read Vanity Fair's "Why Sheryl Sandberg, Bill Bradley, and Oprah Love Mellody Hobson" and you'll get why Lucas fell for her — Hobson is next-level amazing.

After splitting from her high school sweetheart and husband of 21 years, Peter Marc Jacobson, with whom she created The Nanny, Drescher married Dr. Shiva Ayyadurai, a scientist and MIT PhD grad (who may or may not have invented email when he was 14), in 2014.

Modern Family star Ferguson married his lawyer/activist boyfriend of two years in a 2013 New York City ceremony officiated by Tony Kushner. Together, the duo take the cutest pictures ever.

After meeting back in 2003 on the set of Seabiscuit (Meyer's father was then-head of Universal Studios, which made the film), the couple got engaged in 2006 and had daughter Ruby later that year before marrying in 2007. Their second child, Otis, was born in 2009. After gaining exposure in the 2006 film The Break-Up, Meyer's namesake jewelry line has taken off, and is currently a favorite of everyone from Rachel Zoe To Kate Hudson.

The comedian married his wife, an author and sometime chef, on Christmas Day 1999. The couple have three children: Sascha, Julian, and Shepherd. In addition to launching Do It Delicious, a destination for reluctant cooks, Jessica has authored three cookbooks and founded the New York City-based charity Baby Buggy, which provides essential items for families in need.

After first meeting as students at Los Angeles' Crossroads School, Black reunited with Haden, an accomplished cellist, 15 years after graduating while at a friend's birthday party. The couple married after a two-month engagement, and have two sons together, Samuel Haden Black and Thomas David.

The DeNiros, together 24 years, met when Grace was a hostess at Manhattan's Mr. Chow. Now a philanthropist and mother of two, Grace founded a fair trade coffee company to support sustainable farming in Rwanda three years ago.

Of his wife of nearly four years, Galifianakis told Rolling Stone in 2011: "Quinn is the coolest. The coolest." Lundberg, who co-founded the nonprofit Growing Voices, gave birth to the couple's son in 2013.

While RDJ's career has been on the up-and-up as of late, his wife of 11 years is no slacker either. The studio exec teamed up with her actor husband to start their own production company, Team Downey. They've come a long way since meeting on the set of 2003's Gothika, in which he starred alongside Halle Berry and she worked as a producer. They now have two children together.

It's so nice to see that not all celeb marriages are short-lived or just plain silly; these stars chose their badass spouses very, very wisely.