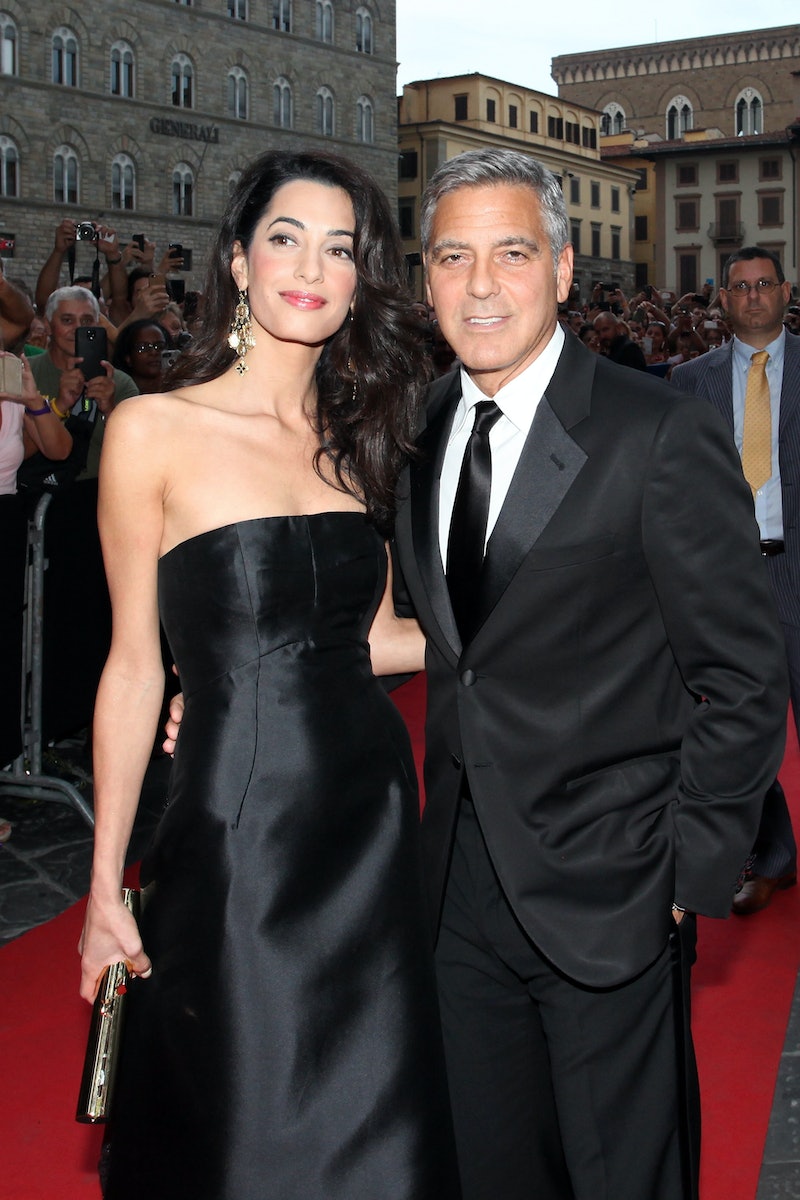 It's been nearly a month since the wedding of George Clooney and Amal Alamuddin (or should I just call them "The Clooneys"? I love the idea of that), but believe it or not, the wedding festivities are still going down. This weekend, Amal Clooney's parents are hosting another wedding celebration to commemorate their daughter's marriage to former incorrigible bachelor George Clooney. Obviously, everyone had so much fun during wedding weekend that they're just finding ways to re-live it. I don't blame them.

E! Online reports that the dinner party will be held on Saturday, Oct. 25, just two days prior to the Clooneys' one-month wedding anniversary. Amal's parents Razmi and Baria Alamuddin are throwing the party on a 17th Century Estate turned luxury hotel in the English countryside. According to the hotel/spa's website, The Danesfield House Hotel is situated on 65 acres of pastoral British land overlooking the Thames. My best guess is that this "quintessentially British" experience will be narrated by Robin Leach.

What's more, there will be food. GLORIOUS FOOD!! Guests of the fete will reportedly choose from The Danesfield House's dinner menu, which includes crab linguine, duck breast, beef sirloin, and even french fries. Are elastic-waist pants included in the dress code? Unfortunately, the invite doesn't specify.

Behold! The quintessential British-ness!! Plus, a cat!

Oh yeah. My sweatpants should be just fine...

This event comes on the heels of the four-day celebration of love that was the Venetian Clooney wedding weekend. The power couple closed down the Grande canal, got married in front of an audience of prominent people in black tie, got married again in a civil ceremony, and let their love marinate for their understated honeymoon at their own British home. Remember how the ceremony was so beautiful that even Bill Murray got a lil' emotional? I mean, if I could constantly re-live an experience like that so pregnant with positive emotion, I totally would. Perhaps the month of October should officially be renamed "Clooney Wedding Appreciation Month." Everyone will wear sweatpants, stay in, and eat crab linguine.