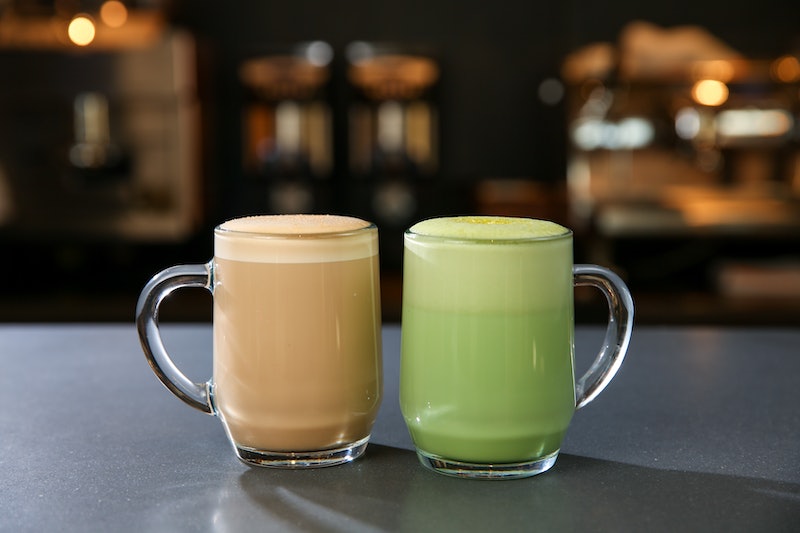 Given the frigid temperatures and snow bearing down on most of the country right now, if you can brace yourself against the cold long enough to actually get yourself to a Starbucks, I think indulging in a warm, caramel-y treat for under $5 is a reasonable reward. And luckily, you have a decent bit of time to treat yourself: Starbucks has the Smoked Butterscotch Latte available between Feb. 16 and March 21... so yes, thank the proverbial coffee gods, because they made this drink available during the bitterest, most miserable part of winter, basically for our collective comfort.

Now, if you're a Harry Potter fan, it's probably occurred to you that this drink sounds like something out of a JK Rowling novel. It's also possible if you're a die-hard fan of both Harry Potter and Starbucks, you've attempted to create a "butterbeer" inspired drink at Starbucks already via the "secret menu." If you've tried the secret menu version previously, I think the Smoked Butterscotch Latte is going to be your best method of comparison in terms of your daydreams of life in Hogsmeade.

However, if you're too far from a Starbucks to get one easily (it happens), here are two of the most popular Butter Beer copycat recipes which are sure to mimic the decadent flavors of the Smoked Butterscotch Latte. I can't promise the ingredients will run you less than $5, but if you happen to have ingredients on hand, you may discover your new favorite drink.

Unlike the Starbucks drink, this butterbeer inspired recipe is not caffeinated, meaning this recipe might be better for an evening indulgence. However, it looks notably rich and filling (there is actual butter in it, guys) which reminds me of the drink described in the Harry Potter series.

This recipe is a copycat of the Starbucks "secret menu" butterbeer recipe (not the new Smoked Butterscotch Latte), and does involve caffeine (as well as a ton of sugary goodness). So if you make this at home, enjoy — but since Starbucks is officially serving an updated version of the drink now, feel free to try both and decide which you like the best. After all, who doesn't love an excuse to have more butterscotch?