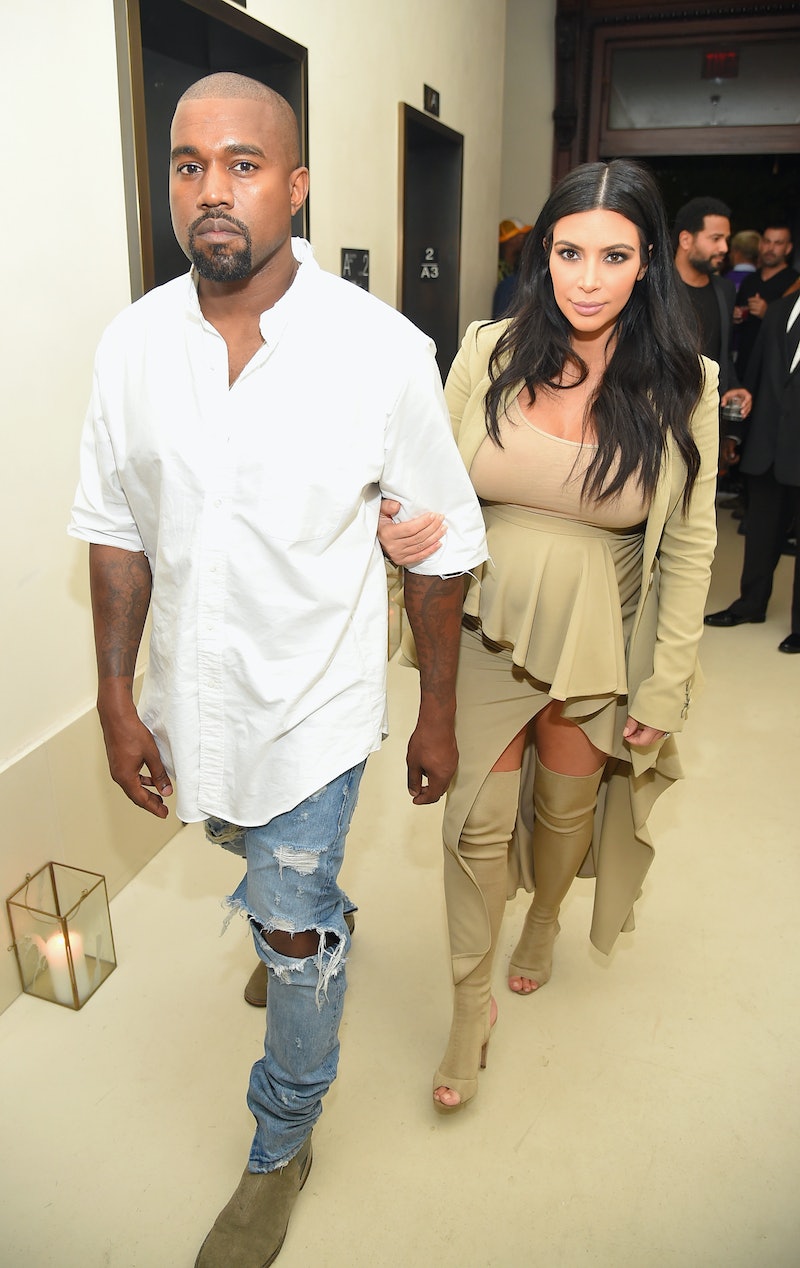 Like most people, I have plenty of questions about Kanye West's recent erratic behavior. Among the most surprising events was when he begged Mark Zuckerberg to invest $1 billion in his ideas. Yes, you read that correctly: the 38-year-old wants $1 billion from Facebook's CEO. That's because West claims he's $53 million in personal debt. Quite frankly, that's a ton of money. I'm confused as to how the rapper could have acquired so much debt, but a recent episode of Keeping Up With The Kardashians may hold the answer — or at least a pretty solid clue. On a KUWTK episode that aired in January, Kim Kardashian demands mom Kris Jenner pay her back for taking her million-dollar slabs of marble.

Before you think that's outrageous, it's not just any marble. They're gold Calacatta marble slabs from Italy — and 10 of them. This marble was supposed to go in West's bathroom, but Jenner used it instead. When the mother-daughter duo disagrees about just how many marble slabs were used, Kardashian references an invoice she received and Jenner can't believe it's come down to this. I guess Zuckerberg isn't the only one Kimye is hitting up for money, huh? The fact that Kim K was so focused on making things even with her momager could tie into West's financial struggles. Doesn't it make a lot more sense, given this context?

To me, it sounds a bit stingy to go after your mother for money, considering she raised you and gave you life, but when the marble's price tag is that high, it is semi-reasonable. Check out the moment for yourself below:

Basically this KUWTK scene gives major insight into the couple's current financial situation. It hints that maybe West racked up such an enormous amount of debt with all the housing renovations that he and Kardashian have been working on. Kardashian tells Jenner in the clip that if she can find her the same marble slabs, she'll give her $1 million. That means the marble is probably worth even more than that.

Long story short, when you have to ask your mother to pay you back for million-dollar marble, it means that you're not doing great financially. Especially if you're going to start a fight over it. I will say, though, asking relatives for money seems like a much better method than tracking down Facebook's CEO on Twitter. Hopefully the West family gets their financial struggles settled ASAP — I'm getting nervous on their behalf.