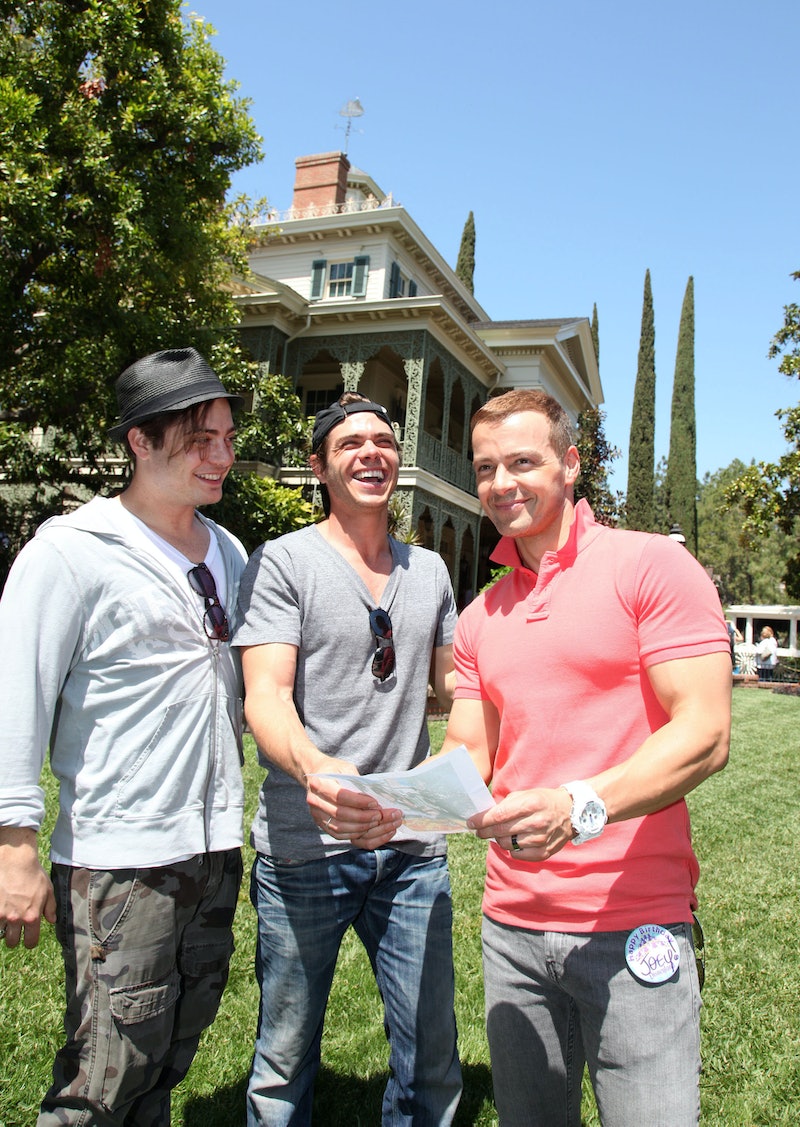 Matthew, Joey, and Andy Lawrence occupied the lives of '90s kids everywhere by starring on several of the most popular shows on television. While Joey Lawrence has stayed on the radar, by starring in Melissa And Joey amongst other things, where have the other two brothers gotten to? Where are the Lawrence brothers now, and is there any hope of a Brotherly Love reunion on the horizon? Please tell me that there is, and I will be so happy.

For those not in the know, Brotherly Love was a Disney Channel classic that originally ran from 1995—1997 and, in my opinion, was cancelled in its prime. Luckily for Lawrence brother fanatics, Matthew Lawrence got cast on Boy Meets World, and appeared from 1997—2000. However, any role one of the Lawrence brothers takes that doesn't include the other Lawrence brothers feels like a missed opportunity. Which is why it's always great to see the brothers making appearances together, and giving us all of the feels, simultaneously. Andy, Matthew, and Joey Lawrence may be all grown up at this point, but what are the actors working on right now? Are there any important movies or shows starring the trio that fans should seek out immediately? Well...

The eldest Lawrence brother has been working steadily, especially since he's been half of popular sitcom Melissa And Joey, which co-stars queen of television, Melissa Joan Hart. While Melissa And Joey wrapped up in 2015, Joey Lawrence has lots of other projects in the works, including movies Isle Of The Dead, A Wish For Christmas, and Arlo: The Burping Pig . He certainly has a varied workload.

The youngest Lawrence brother has also guest-starred on Melissa And Joey, and has been steadily booking roles on shows like CSI: Cyber, and Hawaii Five-0 .

While I'd love to see a reboot of Brotherly Love , it doesn't look as though it's going to happen anytime soon. Still, the fact that all three of the Lawrence brothers are still working steadily in Hollywood gives me a lot of hope for the future.

More like this
Shocked Fans & Former Co-Stars React To Ray Liotta’s Death At 67
By Grace Wehniainen
'Stranger Things' Star Joe Keery Is Dating An "Indie Scream Queen"
By S. Atkinson and Grace Wehniainen
Laura Dern Said “Cultural Awareness” Made Her Rethink This 'Jurassic Park' Fact
By Grace Wehniainen
Where Is Dr. Cline Now?
By Morgan Leigh Davies
Get Even More From Bustle — Sign Up For The Newsletter