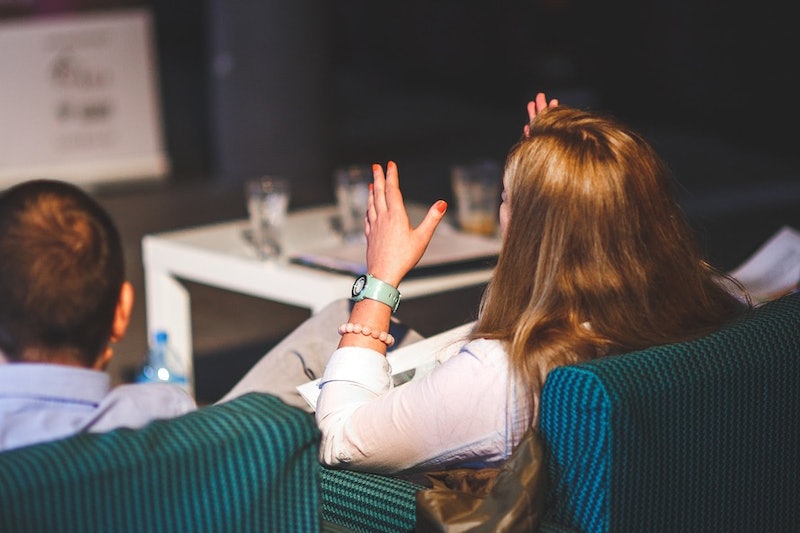 I wish it weren't the case, but the world is full of toxic, negative people. And they can be downright draining. Think of the whiny friend on social media, your hurtful parent who never has anything nice to say, or your partner who just can't be happy for your success. These people are total energy sucks, and must be dealt with — and possibly removed — from your life.

Of course, it's up to you to decide when and if someone should be kicked to the curb. After all, everyone has a different threshold for how much negativity they can endure, and everyone's definition of negativity is different. One comment might be viewed as hilarious sarcasm to one person, while feeling like a total punch in the gut to another.

So let's figure out a general definition of a negative person, and go from there. According to Chinh Pham on the blog PickTheBrain.com, this is "[someone] who complains and dumps their problems on you but doesn’t do anything to change their situation. Someone who is not supportive. Someone who makes you feel badly about yourself. Someone who shoots down your bright ideas, big goals, or bold (and risky) decisions." I don't know about you, but that seems pretty spot on.

If you're sick of dealing with this type of person, then here are some ways to gently sidle away, or even full-on remove them and all of their baggage from your life.

1. Straight Up Tell Them They're Being Negative

Sometimes negative people have no idea they're bringing everyone down. Pessimism and dark cloud-y thoughts have become their MO, and they get to the point where they don't even know how to talk without making a withering comment. When that's the case, gently tell the person that they're difficult to be around. It may be all it takes to keep them in your life, while no longer having to deal with their whiny ways.

2. Talk To Them In A Public Place

If the person's negativity issue is really bad — as in worse than the occasional annoying Facebook rant — then you may want to sit them down for a chat. A real heart to heart may be necessary with long-term negative partners, or parents who have spent years ruining your life. Just make sure you do it in public place. According to the blog TheArtOfCharm.com, "It’s not unheard of for toxic people to get belligerent or even violent. Talking to them publicly can significantly diminish the chances of this happening. If you run into problems, you can just get up and leave."

3. Block Them On Social Media

So you've pointed out their negativity, but nothing has seemed to change. Now may be the time to start blocking all those Negative Nancies from ever crossing your feeds again. You may not be able to turn off your mom or your best friend IRL, but you can turn off their alerts. Or, simply close your laptop and put away your phone. Easy as that.

4. Stop Allowing Them To Be A Part Of Your Life

It may sound dramatic, but if things aren't better by this point, then you might want to consider cutting ties. (Or at least not inviting them to big events, like birthday parties or Thanksgiving.) As Pham noted, "It’s not your obligation to keep these people in your life regardless of the relationship. Whatever the reason, people grow and change and it’s normal for relationships to evolve, or dissolve." So if a negative person is subtracting more than adding to your life, then make moves to distance yourself.

5. Don't Bring Them Up Anymore

Now that you've made the leap and gotten some of the negativity out of your life, the next step is up to you. You gotta stop talking about them. Of course this is easier said than done, especially if this negative person has become engrained in your life. But according to Dr. Karuna Sabnani for the Huffington Post, "you are trying to set a new pattern," and that means forgetting about all the effects they've had on you. Now's the time to move on and to start surrounding yourself with positive people.

6. Get Rid Of Any Negative Connotations

The drama that comes from negativity can end up being a sort of addiction. You may hate it, and how it makes you feel, but it can so easily crop back up into your consciousness. So if you've made the decision to cut a pessimistic person from your life, then go one more step and remove anything that may remind you of them. As Dr. Sabnani noted, "Avoid reading old emails and texts from this person. If you can't resist doing so, press delete ... Fill the void and new found time with things that are good for you."

Negative people can be harmless annoyances on Facebook, the occasional complainers, or full-blown pessimistic drags. Decide how harmful the person is, and then take steps to creating a more positive, peaceful life.

More like this
These Are The 3 Most Mellow Zodiac Signs
By Kristine Fellizar
Emily Ratajkowski & Pete Davidson's Astrological Compatibility, Revealed
By Nina Kahn
What Is Harry & Meghan's Net Worth? They're Richer Thanks To Their Netflix Doc
By Hugh McIntyre
14 Easy Ways To Find Joy During The Holidays
By Carolyn Steber
Get Even More From Bustle — Sign Up For The Newsletter