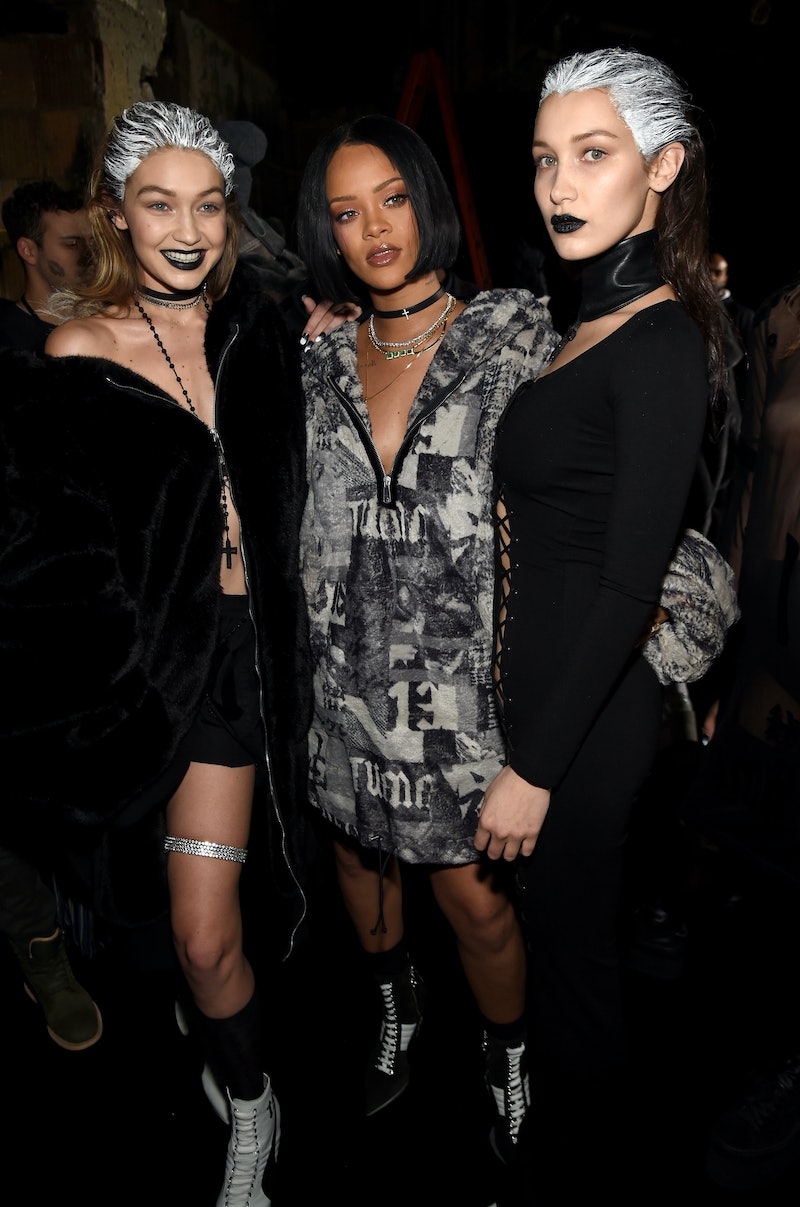 Have you heard the most excellent news? Rihanna has officially created new sneakers for Puma, and they're coming our way next week — February 26th, to be exact. Her FENTY x PUMA show made major waves last week at NYFW, and now Twitter's going crazy about the new hot-ticket trainers — as well they should be.

After all, Rihanna has done amazing things for Puma: She reportedly boosted sales by a whopping 17 percent, leading to almost one billion in profits — which is no surprise, especially when you consider how popular her creepers are. Plus, Puma credits her with the fact that they see a "female future" for the brand, which is exciting for a whole host of reasons. Along those lines, they also just solidified a deal with Kylie Jenner (much to Kanye's well-publicized chagrin), which is another nice step towards that future — not to mention their next billion.

In a nutshell? FENTY x PUMA is a big deal, and Twitter reacted accordingly to the announcement of these new trainers — so, let's celebrate the impending release of the new shoes by taking a look at some really excited Tweeters who encapsulate exactly how you feel about Rihanna's trainers:

Everyone Wants Them Really Badly

People Gave Credit Where Credit Was Due

Rihanna is a fashion messiah, as far as I'm concerned.

Shade May or May Not Have Been Thrown

Some People Are Crushingly Realistic

A LOT of Heart-Eyed Emojis Were Thrown Around

That sums things up rather nicely, no?

Of Course, Some People Are Still Wondering About the Creepers

Totally fair question. After all, they will run you upwards of $100 on eBay these days.

But, Don't Worry, They're Still REALLY EXCITED About the Trainers

And last, but not least?

One Person's Already Planning Ahead for Their Rihanna-Induced Sass Levels

More like this
Rihanna Just Made Her First Official Outing Since Becoming A Mother
By El Hunt
What Is Ariana Grande's Net Worth? When It Comes To Money, She Has No “Problem”
By Hugh McIntyre
Dua Lipa’s Best Looks From Her ‘Future Nostalgia’ Tour
By Dominique Norman
9 Celebrity Couples With Matching Tattoos
By Jordan Murray
Get Even More From Bustle — Sign Up For The Newsletter