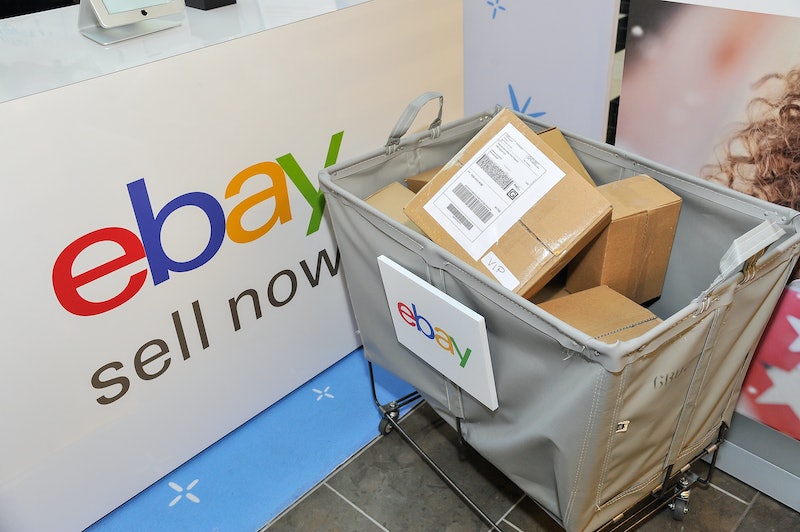 According to a study that absolutely everyone could see coming, women make less than men selling on eBay — as in "80 cents to male sellers' dollar" less. Although eBay doesn't actually list a seller's gender online, researchers write that it's not difficult to discern someone's gender based on their username and previous sales, and that assumption could end up influencing their selling power on the site. Researchers combed through sales of hundreds of the most popular products between 2009 and 2012, analyzing the data for trends based on gender, and the results probably won't surprise anyone who's familiar with the wage gap. (No promises that it won't be infuriating, though.)

According to the results, which are published in Science Advances, female sellers make an average of 20 cents less than male sellers for new products, although the disparity shrinks to just three cents when it comes to used items. Researchers point out that this has nothing to do with eBay itself; rather, they hypothesize that the gap is due to biases on the part of the buyers, who may value products less when they're sold by women. This is especially apparent when it comes to new products — as one researcher pointed out to the Christian Science Monitor, men and women are selling the exact same thing, but women are making less money on the sale.

Women did outperform men in some areas, including baby and pet products, and they tended to have better seller ratings than men. However, the data makes it clear that the wage gap, which is heavily dependent on ethnicity, isn't going away on its own.

"The basic point — that people have different expectations of women versus men and so we treat them very differently in the world — it’s fascinating and depressing," Linda Babcock, an economics professor who wasn't part of the study, told the New York Times.

What's it really like to be a woman on the Internet? Check out Bustle's new podcast 'The Chatroom.'