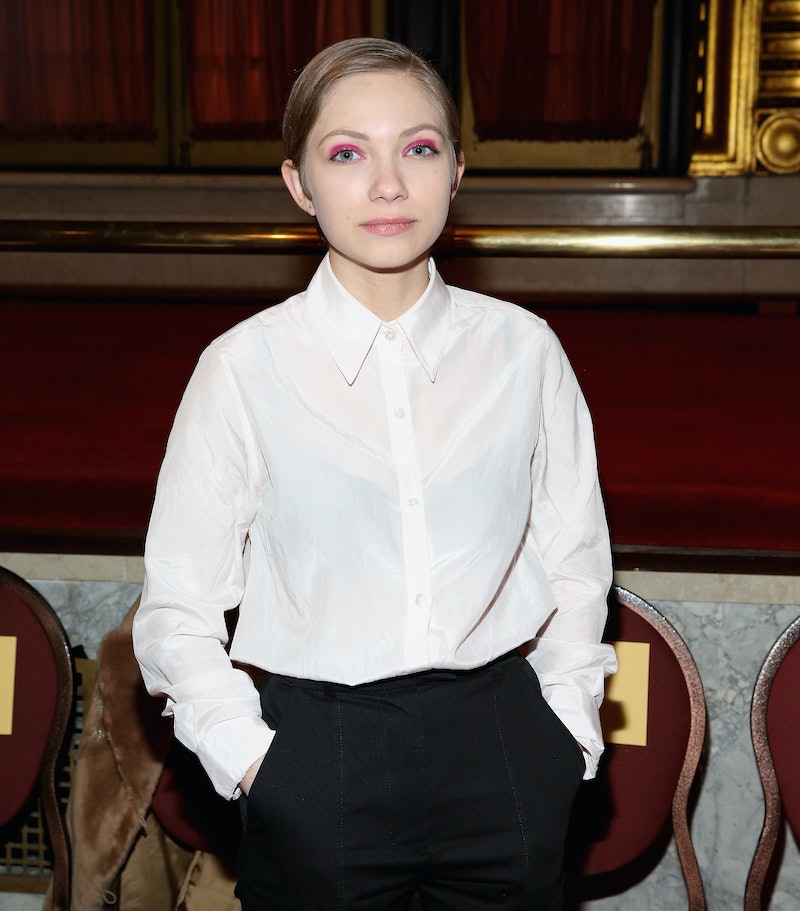 Teen queen and Rookie Editor-In-Chief Tavi Gevinson always seems to be up to something fun and interesting, at least from what I can deduce as one of her ever-attentive followers on Instagram. This time, Tavi Gevinson's Instagram has revealed that she recently hit the karaoke bar with writers and fellow Rookies Estelle Tang and Chanel Parks, and 9-year-old actor Jacob Tremblay (sort of). The group looked incredible with Parks rocking a head wrap, Tang killing a top covered in broken hearts, and Gevinson looking cute and boyish as always in a white graphic tee.

The best part of this image is that Gevinson acknowledges her youthful, androgynous aesthetic. In the caption to the image, she compared herself to Tremblay — the child actor whose most notable performance was arguably in last year's box office hit Room. And it's true that 19-year-old Gevinson certainly resembles the young star, what with her boyish good looks and her seemingly unlimited sense of playfulness. I mean, they even have similar hairstyles. The caption definitely comes off as a bit comical, but based on Gevinson's multiple references to androgyny in her stylistic choices, it seems to be more of an honest comparison than a LOL joke.

Gevinson's love for button-ups and shorter hairstyles has long made her an androgynous fashion icon for many Millennials. Speaking from experience, I know that the ease with which she compares herself to masculine people is incredibly empowering to gender fluid humans. Her Instagram post demonstrates yet another way that Gevinson de-stigmatizes "girls looking like boys," as well as masculinity in people AFAB. To me, she's always seemed to claim ownership over her masculinity (moving seamlessly between that and her flair for femininity). And she's helped me reclaim my own.

If ever I'm comparing myself to a boy as young as Tremblay, I might be doing so in a humorous way meant to describe my masculinity lightheartedly. And odds are, Gevinson's post was probably meant to be amusing as well. But the idea of little boys being beauty icons, as well as the notion that adult feminine people could proudly compare themselves to boys like Tremblay, is invigorating. In a world that usually rejects childishness and masculinity in people AFAB, it's refreshing to see Gevinson claiming her likeness to the 9-year-old and unapologetically reveling in youthful masculinity.

More like this
The Most Extra Party Girl Beauty Looks From The Early 2000s
By Paris Giles
Anne Hathaway Is Giving Major Princess Mia Vibes On The Cannes Red Carpet
By Sam Ramsden
5 Mini Skirt Outfits To Wear, Inspired By These Brave Souls
By Avery Matera
I Tried Marilyn Monroe's Makeup Tricks, & They're Pretty Genius
By Olivia Rose Ferreiro
Get Even More From Bustle — Sign Up For The Newsletter