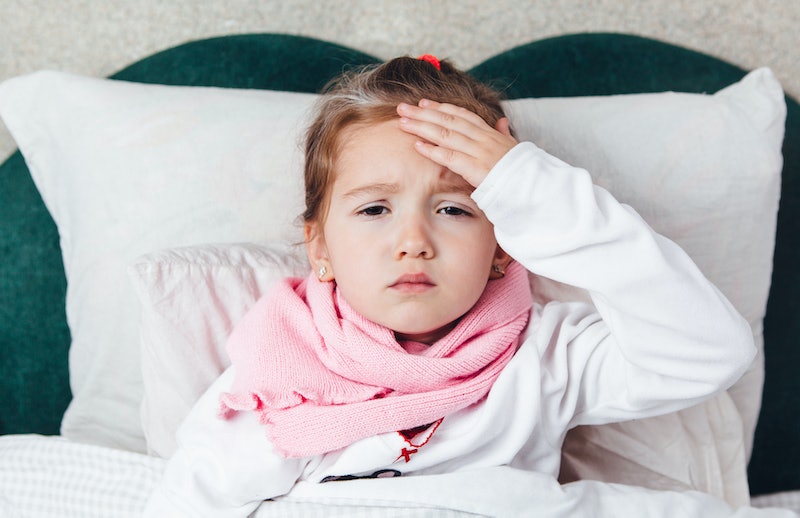 It isn’t always the major pieces of bad news that spell disaster. On a day-to-day basis, it’s more often the little things that'll get to you — and as everyone who has alive about 20 years ago can attest, the little things that ruined your day in the ‘90s were the worst. Did they really matter in the grand scheme of things? Of course not; we felt them keenly all the same, though, because dang it, VCR, did you really have to eat my copy of The Land Before Time?

So why do the little things bug us so much? Speaking to TIME in 2011, Joe Palca, author of Annoying: The Science of What Bugs Us, identified three reasons annoyance can be so… well, annoying: It’s unpleasant, it’s unexpected, and it often goes on for an uncertain duration. Where it really starts to spiral, though, is when you get annoyed not only by whatever initially caused your annoyance, but also by “terminal annoyance” — that is, being annoyed with yourself for being annoyed. And that, I think, is why the little things can get to us in a way that the big things may not: We get annoyed; we understand that it’s silly to be annoyed at whatever is annoying us; we subsequently get annoyed at ourselves for being annoyed; and on, and on, and on, with each annoyance stacking on top of itself until we just can’t take it anymore.

But the good news is that usually, we’re able to let it go after enough time has passed. Sometimes it might be a few minutes, and sometimes it might be longer; either way, though, most of these ‘90s irritants only messed up a single day—which, in all honesty, isn’t that much in the grand scheme of things. So at least there’s that, right?

Come. Commiserate with me as I remember 18 tiny little day-ruiners from the decade of my youth. Misery loves company, after all.

What’s the point of a slap bracelet that doesn’t slap anymore?

3. Not Getting A Single Great White In Your Shark Bites

4. Missing Out On Pizza Day At School

School cafeteria pizza honestly wasn’t that great, but that didn’t really matter — it was still pizza. And missing it hurt.

5. Your Sibling Picking Up The Phone When Your Napster Download Was 98 Percent Complete

You do realize that it’s going to take an entire day to re-download this thing, right?

6. Your Tamagotchi Dying For No Apparent Reason

The biggest difference between a Tamagotchi and a Furby, I would argue, is that a Furby can’t die. A Tamagotchi, however, can, so if you’ve ever been in a position where you put your beloved pet away for an hour to take care of your chores and came back to find it floating belly up, proverbially speaking? Well, you know the grief as well as I do.

7. The Strap Breaking On Your JanSport

Or on your L.L. Bean monogrammed backpack. Or your Land’s End one. Or your favorite mini-backpack. Tragedies, all of them.

8. Getting Sick On Field Trip Day

On any other day, getting sick and staying home from school would be a bonus. On field trip day, though, it was a slap in the face.

9. Your Crush Answering “No” In Response To Your “Do You Like Me? Check Yes Or No” Note

10. Running Out Of Body Glitter Right Before The Big School Dance

How am I going to finish off my perfect outfit now?

11. Lending Out Your Favorite Gelly Roll And Never Seeing It Again

And it was always worst when whoever you lent it to swore they gave it back to you when you know they’ve been keeping it hidden in their desk.

12. Misreading The TV Guide And Missing Your Favorite Show

If you missed an episode Are You Afraid Of The Dark?, you’d have to wait until it aired again during reruns — and it was anyone’s guess when that would be.

There was nothing super about it.

14. Running Out Of Lives On The Last Level Of Super Mario Bros. 3.

I'll get you one day, Bowser. Just you wait.

15. Poking Your Straw All The Way Through Your Capri Sun

Now how am I supposed to drink out of it?!

16. When The VCR Ate Your Favorite Tape

It’s ruined! Ruined, I tell you!

17. Developing A Roll Of Film And Discovering Every Single Picture Is Blurry

I’ll say this for the digital age: At least we can always tell whether our vacation photos are out of focus immediately now. Of course, then we feel compelled to retake it over and over and over again until it’s perfect, so… you win some, you lose some.

18. When A Single Pixel On Your Game Boy Went Dead

There’s nothing more irritation than having a tiny spec on your screen you can never wipe away.