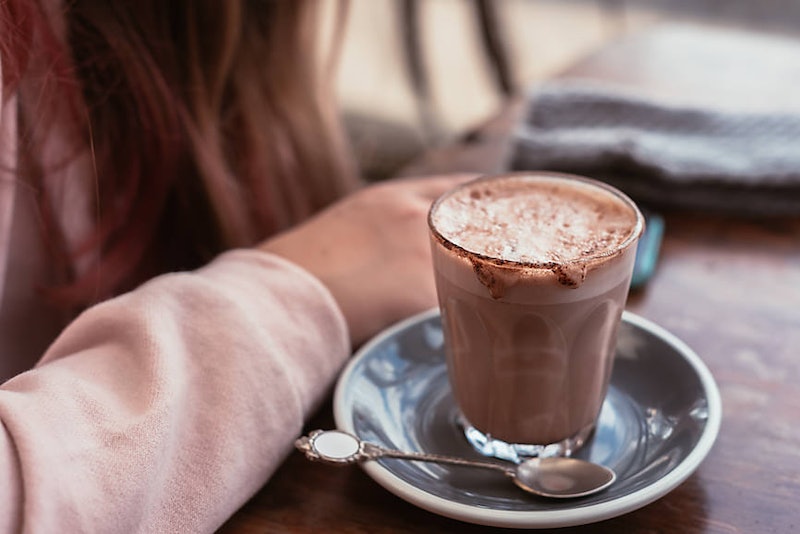 If you can't wake up without coffee, get through a meeting without an energy drink, of pass by a cafe without stopping in for an espresso, then you know the true meaning of the term "coffee addict." And when coffee is life, it's possible to become addicted and experience the weird effects of caffeine withdrawal.

The thing is, for the avid coffee drinker, withdrawal symptoms can sometimes seem par for the course. And that's why they often go unnoticed. Those morning headaches have become perfectly routine, as have your grogginess and irritability. But sometimes your triple double iced latte addiction can cause all sorts of other side effects that you might not even realize.

The withdrawal symptoms tend to set in "12 to 24 hours after stopping caffeine and [peak] within one to two days," noted Regina B. Wheeler on EverydayHealth.com. But don't think that it's only heavy drinkers who are at risk. That one little innocent cup can cause withdrawal symptoms as well.

That's because, however weird it may seem, caffeine is a drug. "Caffeine is a stimulant to the central nervous system, and regular use of caffeine does cause mild physical dependence," according to an article on WebMD. Of course it doesn't have the physical or social effects that truly addictive, hardcore drugs have. But it is something to keep in mind when your fav drinks seems to be doing more harm than good.

Here are some of the more unusual signs you're totally addicted to your morning cup (or two, or three) of coffee.

1. You Seem To Be Immune To Its Effects

The first time I had coffee, I remember lying awake all night wondering what was happening to me. I couldn't sleep, my heart was racing, and I thought surely I was going to die. Then my mind drifted back to those two double Americanos I had downed earlier in the day. Oh right, that's four shots of espresso. No wonder I was wide awake at 3 a.m..

When you first start drinking caffeine, it can have the ability to totally ruin you (or at least ruin your sleep). But once you get used to it, four shots of espresso seem like child's play. It feels like you need more and more to create any affect at all.

And, in fact, this is true. Experts say they have discovered that people who drink a lot of caffeine develop a tolerance to its stimulatory effects. "While caffeine can give people a buzz, raising alertness, the effect only works in those unused to the drink..., " said Michelle Roberts on BBC.com. That's bad news for all of us.

2. It Feels Like You're Coming Down With The Flu

We all experience morning grogginess that can be quickly cured with a cup of coffee. But if you go a few days without your usual caffeine, that grogginess can turn into straight up flu-like symptoms. These symptoms, among others, were identified by researchers at Johns Hopkins University Medical School and American University, and run the gamut from nausea to vomiting to muscle aches, according to Wheeler. Yup, sounds like the flu to me.

3. Those Grades Of Yours Are Slipping

Who hasn't used coffee or an energy drink to get them through an early morning class? In the moment, it feels like an essential way to keep your eyes open for just... one... more... hour. But, sadly, relying on the stuff can actually do more harm than good. According to an article on DailyHealthPost.com, "[A] a study published in the Journal of the Academy of Nurse Practitioners concluded that caffeine consumption causes poor academic performance in adolescents and young adults. With the effects being even worse when those in the study took caffeine drinks as well as medications containing more caffeine." No more energy drink breakfasts for you.

4. You Feel Down In The Dumps

People like to joke about hating the world until they make their stop at Starbucks. But this bad mood isn't all that funny — especially once you get into real withdrawal symptoms. As January W. Payne noted on Health.USNews.com, caffeine alters your mood and behavior, which is why it can also result in physical dependence. Since it's altering your mind in such a way, it's really no wonder people are crabby and depressed when they skip their morning cup.

5. It Feels Like You Spent Days In The Gym

As caffeine leaves your system, you might start to feel cramping and discomfort in your upper body, such as your shoulders and neck, Julie Boehlke noted on Livestrong.com. It can also affect your workout, especially if you're used to have caffeine prior to exercise. "If you normally have some caffeine prior to exercise, then during caffeine withdrawal you could feel as though your muscles have weights strapped to them," according to a post on CaffeineInformer.com.

6. Going To The Bathroom Is A Thing Of The Past

Many of us get into our morning ritual of drinking a cup of coffee, getting ready for work, and then happily stopping off at the bathroom before we leave. But if you take that cup of coffee out of the mix, it can throw off your bowels and lead to constipation. That's because caffeine stimulates the bowel, so skipping it can mess up your morning routine.

7. Your Heart Is All A Flutter

Caffeine isn't the best option for people with heart conditions, which is why these individuals will often concede and get a decaf version of their favorite drink. But skipping out on caffeine when you're used to it can also cause some heart-related issues. "Since caffeine ... stimulates the heart muscle, some people experience changes in their heart rhythm during withdrawal. Both low blood pressure and even palpitations have been reported," noted CaffeineInformer.com.

Caffeine is the wonder drug of the world. We all use it, without even thinking of it as a "drug" at all. But it totally is, and that's why it can have some pretty impactful withdrawal affects.