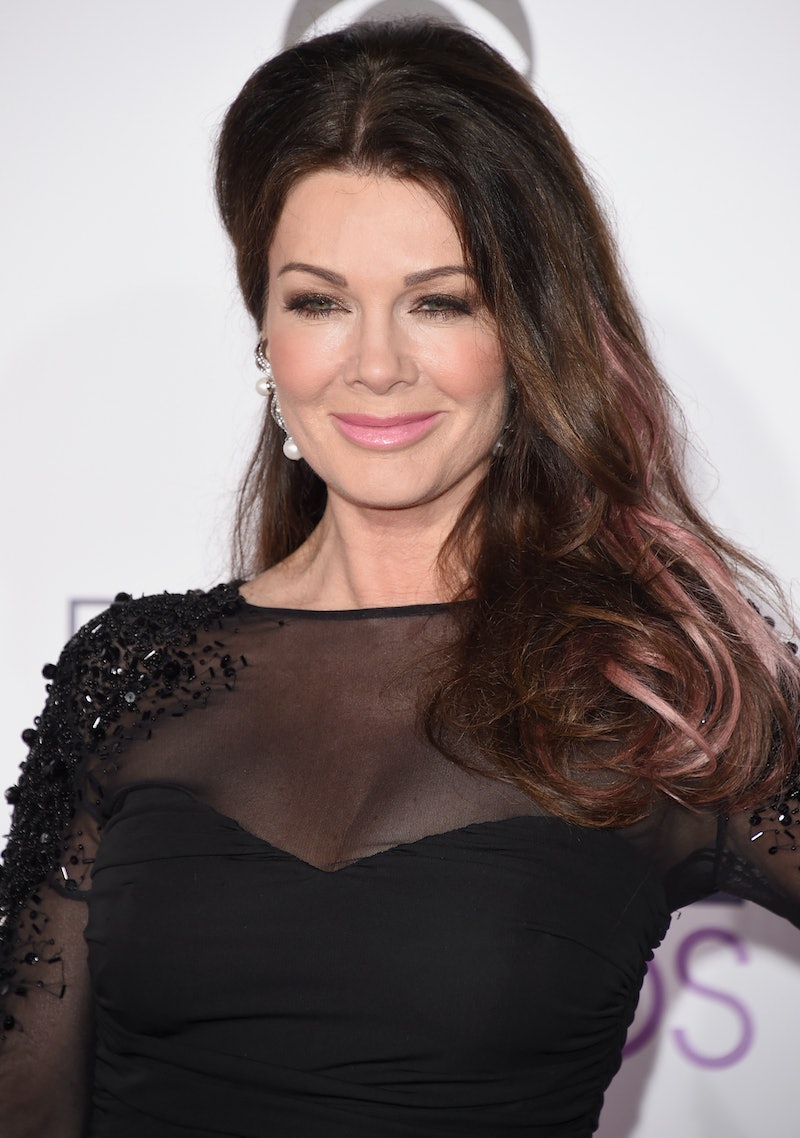 Well, well, well, Lisa Vanderpump's post-birthday lunch certainly didn't go how she had planned. The Queen Bee of The Real Housewives of Beverly Hills has always been in the thick of the drama throughout the seasons, but she's never been on the bad side of Eileen Davidson. That was until a lunch at her house where a few of the women gathered and Lisa V. found herself on the wrong side of Eileen after an out-of-know-where confrontation. What started as a relatively light conversation shifted into a straight up argument where Eileen and Lisa V. went at each other in the most passive-aggressive way that chartered new territory on RHOBH.

At the lunch — the day after Lisa's birthday, by the way — Eileen once again took issue with Lisa's previous comments about her marriage (in a previous episode, Lisa had "interrogated" Eileen about how she and her husband got together). Eileen, who has had an issue with the conversation since the day it happened, decided to finally stand up to the "untouchable" Lisa Vanderpump, something very few people tend to do on the show. For some reason, the women on RHOBH see Lisa as someone they don't want to go up against. Maybe they're using past circumstances to frame their judgment (see: Brandi Glanville going against Lisa and no longer being on the show), but either way, Eileen took a blind dive into the deep, dark Lisa Vanderpump sea, and the jury is still out if it was worth it.

There was nothing new about the argument — it was just as repetitive as it had been while the women were in the Hamptons — but this time, Eileen didn't back down. Eileen criticized Lisa for being dismissive, despite the fact that Lisa was apologetic for the comments she had made. Lisa was offended that Eileen was speaking to her in such a way in her house and the day after her birthday nonetheless, without even bringing a birthday card to the lunch. The horror.

The argument got to the point where the two were so stuck in their ways that they just became incredibly passive aggressive towards each other. Lisa began dismissing what Eileen was saying by patronizing her in a way that only Lisa Vanderpump can do, while Eileen said that she didn't want an apology from Lisa if it was just to avoid a confrontation. So, how are you supposed to move beyond an argument if neither party is willing to participate like an adult?

You don't. The two women agreed they were "good," even though it was one of the biggest lies RHOBH has ever heard. The two are definitely not "good" on any planet and they probably won't be "good" until Andy Cohen probes them with questions at the reunion. If Eileen has held a grudge regarding the marriage comments for this long, something tells me there's no doubt that she'll be thinking about this fight for some time.