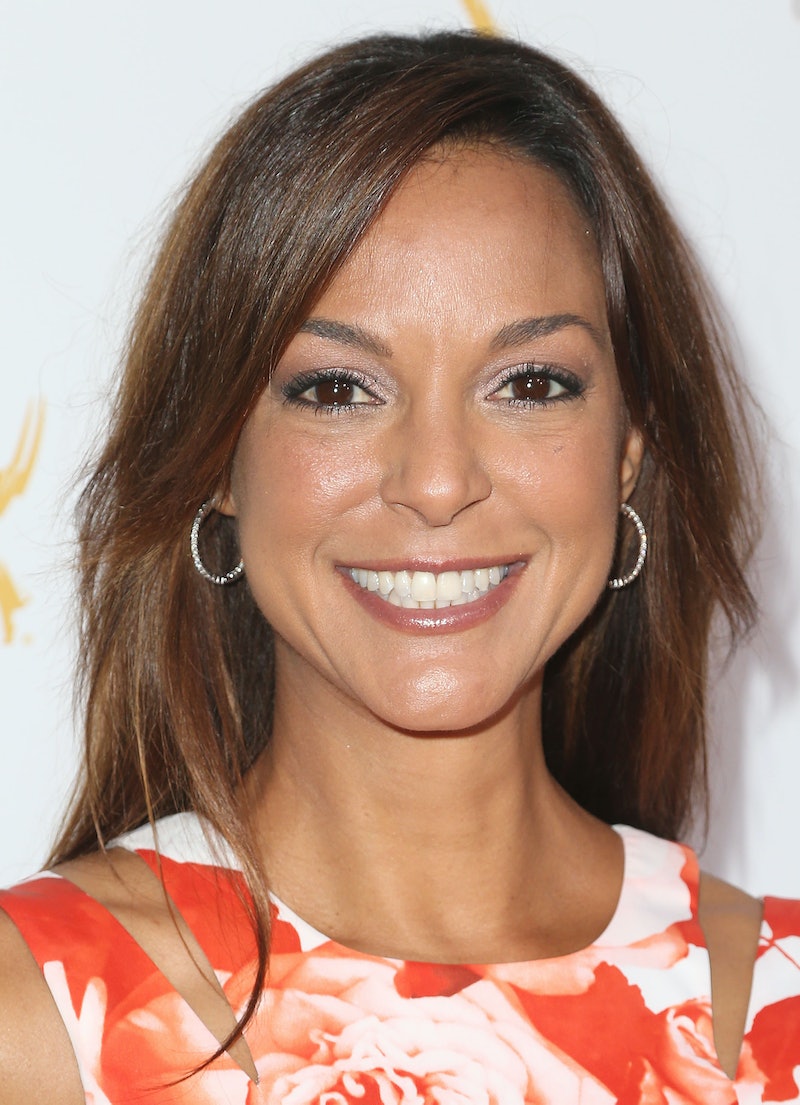 There will be a familiar face "everywhere you look" when Fuller House debuts on Netflix on Feb 26. But, not every cast member is a blast from the TGIF past. The Tanners have added to their brood since audiences last spent some time in their San Francisco living room. D.J., Stephanie, and Michelle's dad Danny Tanner is remarried in Fuller House , to a new character named Teri. The widower dated around in the original Full House series; he even got engaged to his Wake Up, San Francisco! fill-in co-host Vicky Larson for a while. But, none of the relationships stuck, until now. Who is Danny's wife Teri, and is she up to the task of being the Tanner matriarch?

Nostalgia hit hard when the development of Fuller House was announced, and fans kept up with the news of the show's original character roles when casting calls made it to the web. TV Line reported in June of 2015 that producers were looking to fill the role of Danny's wife, an "attractive, vivacious…and youthful" African-American woman of about 40. The "vivacious" part was particularly good to hear; Danny needs a little excitement in his life that doesn't come from purchasing extra-strength cleaning products. I was personally happy to see that the showrunners were actively looking to diversify the cast by including actors of color in the main, recurring ensemble. In the end, the casting of Teri strayed from the initial description.

Ultimately, the part went to CSI Miami actress Eva LaRue. In an interview with HNGN.com, the Latina actress praised the show for its efforts to shake up the identical backgrounds of the characters. She said, "I think it was a pretty white cast [in Full House] so I think they're just trying to modern it up, which is great." LaRue also said that there was no "new kid" tension on the set when she arrived, even though she was joining a group of colleagues with an almost 30-year history.

For a show that went on for so long and had such a tight-knit family, there's always a danger of being an outsider and feeling like the outsider, but it's just the opposite. They've been welcoming and so inclusive and so funny. I'm just really blessed.

The teasers and synopses indicate that Fuller House is going to focus on the younger generation of Tanners, including D.J. and her children, Stephanie, and Tanner-wannabe Kimmy Gibbler, and let Danny, Joey, Jesse, and Becky take the supporting position. Right now, IMDb has Teri Tanner listed as appearing in only one episode of the first season, "Our Very First Show, Again." Hopefully that's enough time to assure returning fans of Full House that Danny Tanner has found his match in that dark period when the family was off the air. LaRue herself didn't know how large of a role Teri would play in this chapter of the story or "how often the guys [Danny, etc.] are going to be coming and going." She told HNGN.com, "I don't know how recurring it will end up being, but it's still good fun."

Fans can catch her new character starting Feb. 26 on Netflix and see just how large or small of a role it will be.