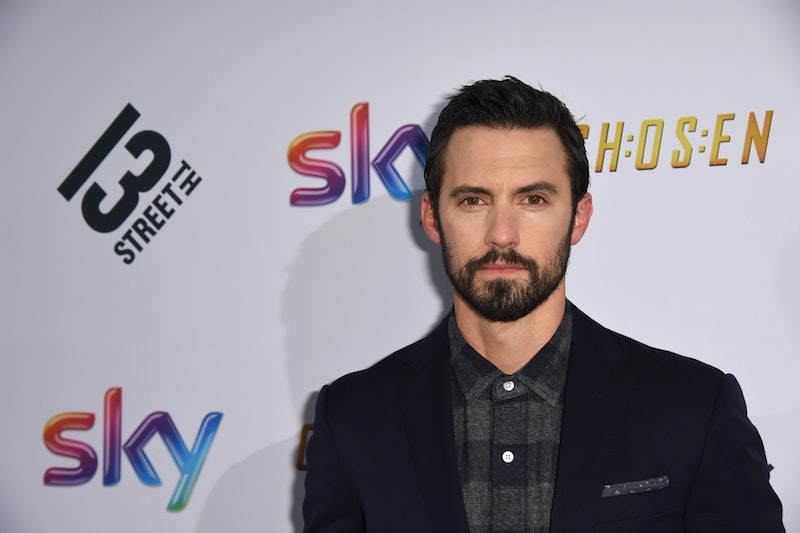 I breathed a sigh of relief, mixed with longing and a little jealousy (where is the Jess in my world?), when it was announced that Milo Ventimiglia, who played bad boy Jess Mariano on Gilmore Girls, had signed on to be part of the show's revival. Jess was the cutest, most interesting, and best-dressed love option in all of Gilmoredom. However, a few hints Ventimiglia dropped while he was attending Wizard World Comic Con in Portland over the weekend make me a little nervous about Jess' role in the series.

When we last saw Jess, he was doing the writer thing in Philadelphia, and was attending the open house party for his hip indie publishing house. He paid his uncle Luke back all the money he owed him, and also thanked the diner owner for putting up with all his years of angsty teen nonsense. It seemed like after his time spent being a troublemaker, Jess was putting his sensitivity to good use. But here's my fear for Jess in the upcoming series: What if he has just regressed back to being the volatile bad boy he was when he was dating Rory? What if the publishing thing didn't work out (What's a book again? Hello, it's 2016), and he's now doing the mooching-off-his-uncle thing again?

My fears don't come from nowhere. These remarks from Ventimiglia at Wizard World led me to them:

"Jess is back. I had my first day of filming on Tuesday this week back at Warner Bros., which is a lot of fun. It's kind of the studio that raised me. And Jess is up to Jess sh*t. He's Jess. He’s a little salty and ornery and kind of doing his own thing and has zero tolerance for anything — or anyone."

Jess sh*t? What's Jess sh*t? Jess wouldn't be everyone's most beloved grouch without some saltiness, of course, but it shouldn't overtake the changes he went through. He's a grown-up now; not some annoyed 18-year-old who keeps skipping class. WHAT DOES VENTIMIGLIA'S STATEMENT MEAN?!

Could he be pulling Jess sh*t because he's trying to win back Rory? From Amy Sherman-Palladino's interview with TVLine in early February 2016, we know that Rory is single at the beginning of the revival — maybe this "salty" Jess is intent on changing that. I mean, I hope this isn't the case, because Rory is a grown-ass woman now who's not going to put up with that business (I hope). If she and Jess are going to get back together, then he needs to be the mature guy we last saw in the original series. She hung out with President Barack Obama during his campaign, for goodness' sake — she's not about to fall over backward for some ridiculous antics.

Ventimiglia went on to say:

"But he's also there to kind of push the ball forward for some folks at Stars Hollow. Which is what Jess has always done, whether intentionally, maliciously, or positively. He's always sent people in a direction."

What is this direction? Will he be pushing Rory to get back together with him? Did Rory lose her way again (as she did when she dropped out of Yale), and he's simply around to make sure she gets back on track? Or is he pushing the ball toward Lane becoming a real rock star? Is he helping his cousin April Nardini follow some dream of her own? Clearly, the possibilities are endless. And the suspense is actually killing me; somebody please send help.

More like this
The 'Hocus Pocus' Sequel Finally Has A Release Date & It Makes Total Sense
By Shannon Barbour and Radhika Menon
David Schwimmer Doesn't Remember This Classic 'Friends' Episode
By Sam Ramsden
Hayden Panettiere Will Return For 'Scream 6': "We F*cking Won, Scream Fam"
By Jack Irvin and Jake Viswanath
'Derry Girls' Sister Michael Isn’t As Fictional As You Might Think
By Olivia-Anne Cleary
Get Even More From Bustle — Sign Up For The Newsletter