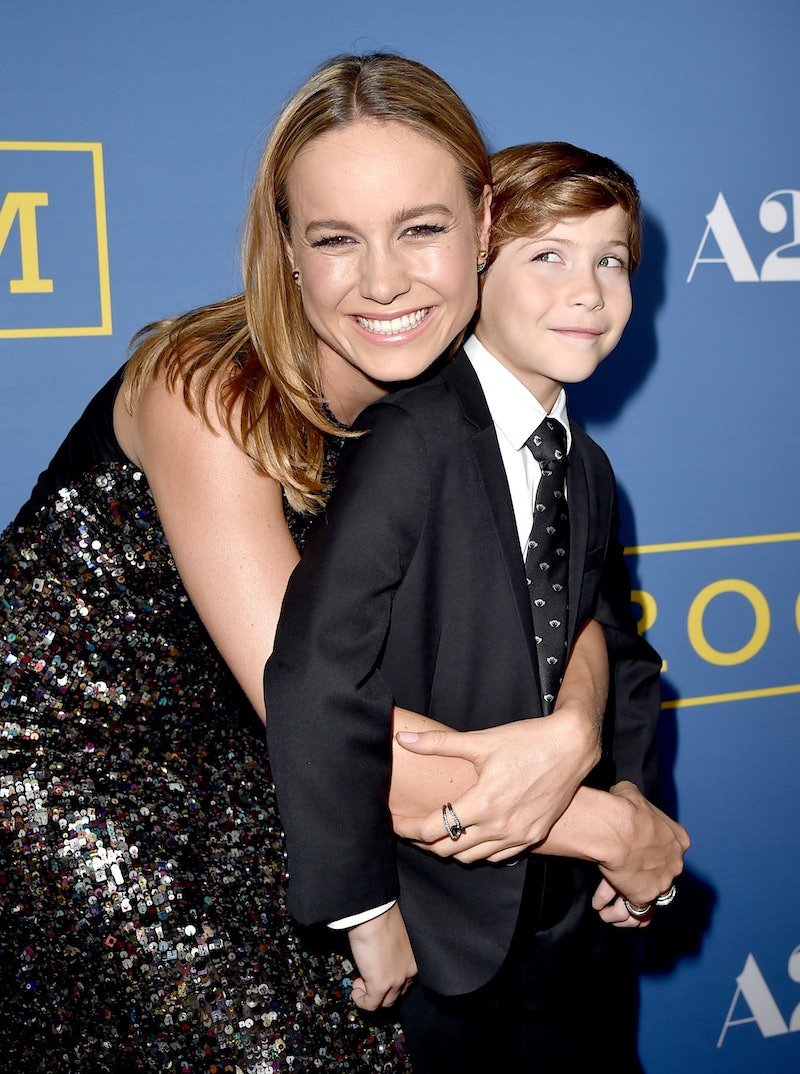 Ever since starring in Room together, fans haven't been able to get enough of Brie Larson and Jacob Tremblay. Not only did both actors give phenomenal performances in the 2015 film, which is also nominated for a 2016 Oscar for Best Picture, but they've found themselves a huge fan following. I mean, when they both continue to steal award show season with their adorableness, it's kind of hard not to fall in love with them. So, with that, let's take some time to check out photos of Tremblay and Larson that are the cutest things ever. Really, how could you not want to? I promise it will improve your day.

It's really no surprise that these two would also be amazing when it comes to taking photos together. They clearly admire one another and have formed quite the bond since playing mother and son. After winning the 2016 SAG Award for Outstanding Performance by a Female Actor in a Leading Role, Larson thanked her Room co-star with some super sweet words. "To Jacob Tremblay, my inspiration," she said. "Everything that is this movie is because of you."

Larson even took to Instagram to inform everyone that Tremblay is her "role model" and for a very important reason. She wrote, "@jacobtremblay is my role model. Especially when he wears a very fashion napkin cape to unsuccessfully keep the chocolate and crumbs off his tuxedo."

I could go on and on discussing their friendship, but why not just show you instead?

Here They Are Being Adorable At The SAG Awards

Here They Are Winning More Awards

Their happiness and Larson's caption make me feel a lot of feelings.

Here They Are With Naomi Watts

Some of the most talented and dapper people in Hollywood.

Here They Are Having The Most Fun Possible

Here They Are Having A Moment

The cuteness is real, my friends.

Here They Are Reacting To Their SAG Noms

Is this real life?

Here They Are After Brie's Golden Globe Win

She really is the "coolest girl in the world," isn't she?

Here They Are Being Adorably Silly

Here They Are Getting Their Close Ups

Their selfie game is on point.

Here They Are Channeling Their Serious Side

Even when they're serious, they're adorableness is off the charts.

Here They Are Solidifying How Perfect They Truly Are

A "chocolate milk toast." That is all.

It's official: Brie Larson and Jacob Tremblay are beyond lovable in real life.