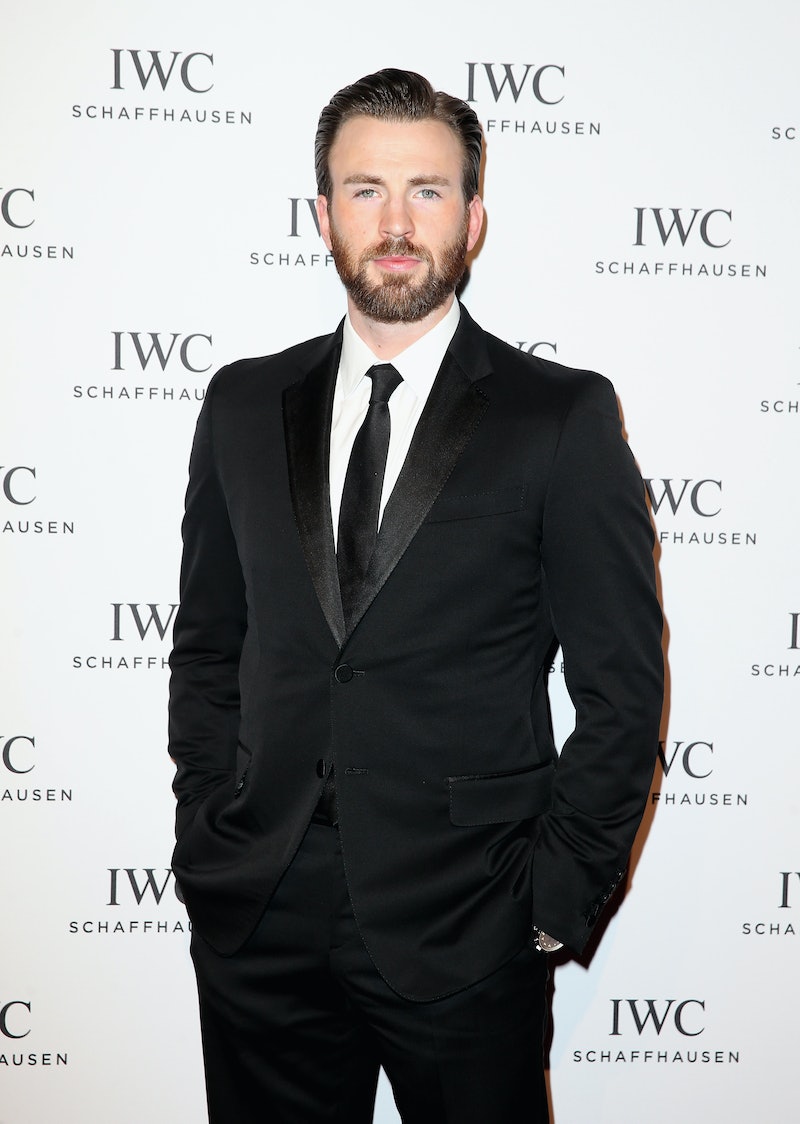 The Oscars are rapidly approaching and most people are probably wondering who their favorite celebrities will show up with. At last year's awards, Robin Roberts mistakenly called Chris Evans’ date his girlfriend, which was quickly laughed off and corrected by both Evans and his good friend Tara. “This is one of my best friends on the planet from back home,” he told Roberts. Well, it’s that time of year again and since he is presenting at the Oscars, you may be wondering if Chris Evans is dating anyone, who might accompany him on the red carpet, or if he's more likely to bring a friend again. Update 2/28: Chris Evans brought his sister to the 2016 Oscars!

Update 5/11: According to Us Weekly, Evans is reportedly dating fellow actor Jenny Slate.

Earlier: Well, it looks like the Captain America star is single, so he could surprise us again and have a friend tag along. Then there's always the adorable option: Evans could bring his mom, Lisa, like he did at the 2013 Oscars. But whoever he walks down the red carpet with, it likely won't be a girlfriend. In September, Entertainment Tonight asked Evans if he’s "still on the market" and, he replied, “That is still the case.” A few days later, he was spotted out with ex-girlfriend Minka Kelly by People as the pair were walking their dogs together, sparking romance rumors once again. Although they were seen together a few times, Kelly and Evans never confirmed that they were back together and there haven't been any photos of the two since last year, so it's most likely that Evans is single.

Evans may not have publicly dated anyone in a while, but here's what he has been up to in the weeks leading up to the 2016 Academy Awards.

He took some time off making movies, to see a movie. After posting the above tweet about Deadpool, star Ryan Reynolds then responded that he was on #TeamCap when it comes to the upcoming Civil War. Of course, Robert Downey Jr. had to get involved in the conversation after that. “.@VancityReynolds Et tu, D-pool? Gimme a shout when Rogers boots you out for ‘cussing!'” he wrote on Twitter. Three superheroes arguing over which is the best? I could watch this debate unfold for hours.

Many fans already know about Evans' obsession with the New England Patriots. Up until they lost, he’d been rooting them on every week. After they fell to the Broncos, he tweeted, “Thank you @Patriots you guys gave me yet ANOTHER amazing season.”

We will be seeing a lot more of Evans in March and April, considering his big movie is set to be released on May 6. Between press for Captain America: Civil War and the movie itself, we have a lot of Evans to look forward to after the Oscars.

Evans has another film coming out later this year called Gifted . According to Variety, he will play Frank Adler, "a single man raising his 7-year-old, intellectually gifted niece Mary off the grid in rural Florida." The cast also includes Jenny Slate, Octavia Spencer, Lindsay Duncan, and Julie Ann Emery. Maybe Evans will attend next year's Oscars as a nominee.