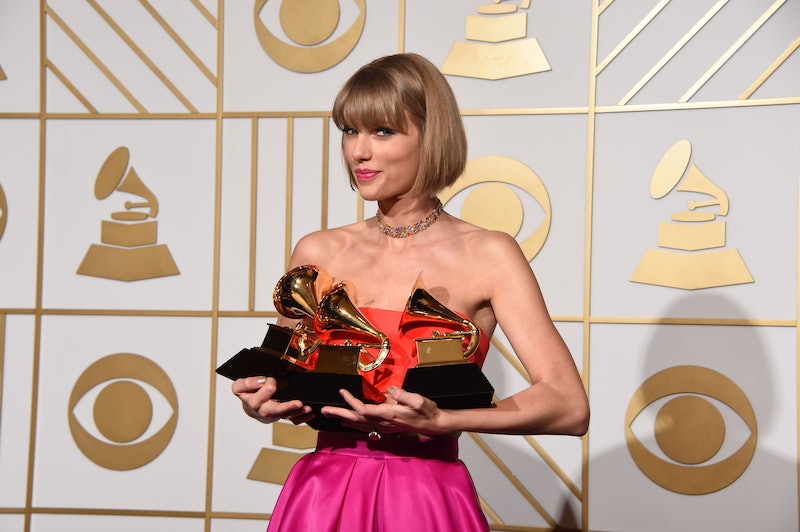 Look, Taylor Swift's fashion is basically beyond reproach at this point. From her insane gown at the Grammys to her tour ensembles, she's able to hang with the most super of supermodels in her squad, and she's definitely got a look. Maybe that's why Taylor Swift's maid of honor dress was the same one she wore to meet Prince William. That's right, Swift pulled a Kate Middleton, and rewore a dress to her bestie's wedding. While some may cringe at this idea — especially considering the occasion — if you had that Reem Acra gown, would you not wear it twice?

Swift made headlines when she appeared as the maid of honor in her childhood best friend's wedding. It really came as no surprise when people found out. After all, Taylor has made a name for herself not just because of her ultra catchy and Grammy-winning music but for her support of the women in her life and women in the entertainment industry. After all, she did just support Kesha by donating $250,000 to her. Basically, her coming to the side of her best friend of several years wasn't a shock, but her gorgeous dress only increased her visibility at the wedding. Her stunning Reem Acra gown was a sheer bodice piece of magic, but it wasn't the first time she wore it.

Back in 2013, Taylor met Prince William at Kensington Palace where she performed at a charity gala, and she was rocking the same Reem Acra stunner.

The slightly off the shoulder sheer bodice is a dead giveaway. While the wedding photo definitely gives the gown a more blush hue, my bet that's from the stunning natural light at her bestie's affair.

The Kate Middleton comparison practically writes itself. She did, after all, meet her husband. With a dress like this one, I'd want to wear it multiple times, too.