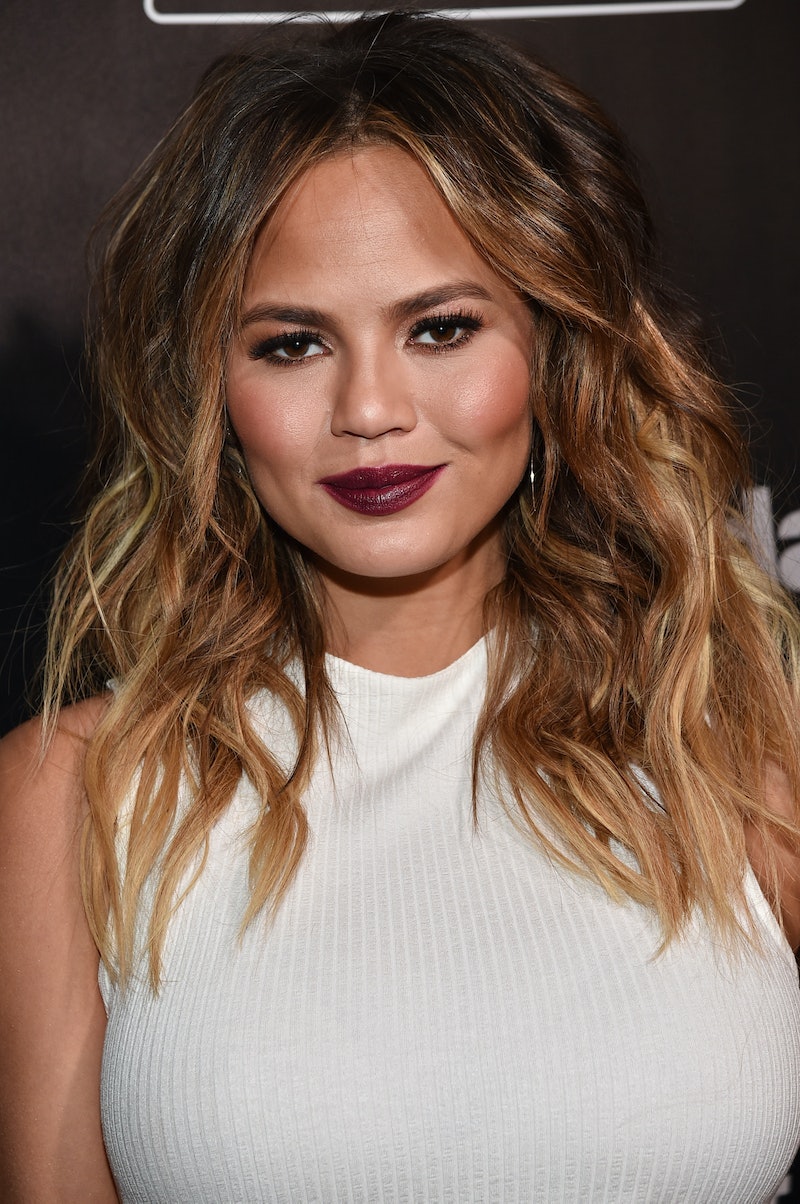 As a huge fan of Chrissy Teigen and basically everything she does, from her amazing recipes to her hilarious presence on social media, I was so excited for her when she announced that she and husband John Legend are expecting their first child. And recently, she decided to reveal something personal about her pregnancy: Since she used IVF to conceive, Teigen chose for her baby to be a girl. Her reasoning was sweet and made sense. She thinks that Legend would be a great father to a daughter and wants to give him that bond. But that innocent comment became so much bigger than she intended, and the Lip Sync Battle host has since received a ton of backlash on social media for her decision. And although she's spent much of the past 24 hours explaining and defending her choice, she really shouldn't have to.

If you follow Teigen on Twitter, you've probably seen more than a few tweets about the situation cross your feed. As soon as she realized the uproar that had been caused by her decision, she tried to explain what she meant by "choosing" to have a girl. And in true Teigen fashion, she also called out a few people who said things to her that are completely out of line to say to anyone, let alone a total stranger.

First, she tried to explain the situation, assuming people genuinely didn't get what she was talking about and that that was where the negativity was coming from:

Unfortunately, though, attempting to clear the air didn't do anything to stop the criticism. Not that I'm surprised, and it doesn't seem like Teigen was either. This is Twitter, after all, and if I can (and do) get attacked for things I've written, I can't imagine what Teigen is dealing with in her mentions, aside from the comments she's chosen to reply to. She's not just choosing a girl, she's choosing a girl first while planning to have more babies in the future — not that it matters. Her choice is not ours to judge.

Because here's the thing: Those tweets, while informative, were totally not necessary, because what's going on in Teigen's uterus is none of our business, and the fact that she's been keeping fans updated on her pregnancy is something she is not required to do. That kind of puts her in a lose/lose situation, though, because she, like most other pregnant celebrities, is likely hounded constantly for the latest dirt on her unborn baby. When she decides to talk about it, she gets criticized. If she didn't talk about it at all, she'd get flack for not talking about it. In situations like this, she can't possibly win.

Besides, many of the responses the model has received so far have been pretty cruel. One Twitter user told her that maybe she wasn't supposed to have a kid, because she was meant to adopt instead of using IVF. That's not OK to say to anyone, but it's really not OK to say to someone you don't even know, and neither are any of the other tweets she's responded to so far. This is a happy time, guys. Teigen has waited forever to become a mom. Let's let her enjoy it.

And even though, once again, none of this is anybody's business, it's awesome that she is talking about it. Even in 2016, there's still such a stigma around IVF. Infertility is something that so many women deal with but don't talk about, and I love that Teigen is talking about it. And even after all of this, by some miracle she seems to be keeping her sense of humor about the situation, anyway.

Chrissy, you are the best. And let's remember, everyone: Even if Teigen chose to insert an embryo who grows up to love Nickelback, never uses a blinker, and doesn't know the difference between "you're" and "your", it's still none of our business.