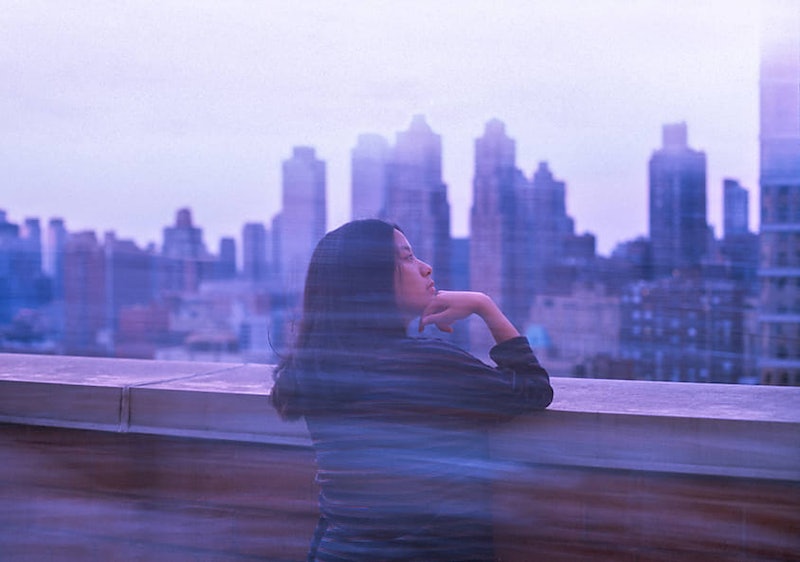 We've all been stuck in that tough spot where lying seems like the obvious choice. Whether it's a small white lie, or a major league lie, everyone's been faced with the moment of truth (or, um, not truth) and then suffered the repercussions. And there are always repercussions.

As we all know, lying can get messy, and sooner or later it will become impossible to keep your tales straight. Lies require remembering who knows what, what you said, and when. It's basically like living in a fantasy world, and you have to keep writing the plot. When that's the case, don't be surprised when your stories get twisted, someone finds out, and the jig is up.

But still, the lies go on... probably because lying is way easier than telling the truth. For example, it's much easier to tell your boss there was traffic, rather than to admit to waking up late. And it's so much less painful to fib about evening plans than to be honest with friends about your intense desire to stay home by yourself.

We do it to save face, to get away with things, and to avoid discomfort. But lying is oh so very exhausting. Mark Twain was right when he said, "If you tell the truth, you don't have to remember anything."

So if you're finally ready to admit your faults and deal with the consequences like a grown up, then here are some ways to be more honest in your everyday life.

We tell a white lie every time we say the food was great, even when it wasn't, or that we love a gift, even when we hated it. According to the dictionary, a white lie is about a subject that's not very important, or a lie told in order to be polite or kind. So really, not that big of a deal. But they can build up and create some guilt over time. As Katherine Schreiber noted on Greatist.com, "The more aware we are that we’ve stretched the truth — even if the intent is to make someone feel better—the more negative our emotions become." So practice being honest, even if the truth hurts.

2. Own Up To What You Really Want To Do

Everyone's lied at one point in time, especially when it comes to canceling plans. Whether you made the plans and then instantly regretted them, or got home for work and thought "there's no way I'm going back out," you totally know the feels of lying to get out of social engagements. It does offer instant relief, but then the lie snowballs out of control. You have to make up a story, stay off social media, and jump through all sorts of hoops to keep the story straight when you could have just been honest. So the next time this happens, thank your friends for the invite, and give them your honest reason for canceling.

3. Start To Untangle Your Web Of Lies

If you've found yourself in a tangled web of lies, you can either drop them all and watch your world burn, or slowly untangle yourself with a few admissions here and there. Either way, it's going to be tough, but worth it in the end. According to Dustin Wax on Lifehack.org, "admitting your fault puts you one step closer to dealing with it, and can often be the first step towards a successful turn-around. At the least, though, it shows that you’re someone with integrity and courage, even in the face of disastrous consequences." It may suck, but people will (most likely) appreciate your honesty.

4. Figure Out Who You Are

Oftentimes people lie because they don't know who they are, and so they lie to fit in. This may work well in the hallowed halls of middle school, but it can be pretty darn exhausting in the real world. Think lying on a date, or to coworkers, and then having to keep up the act for all eternity. (Yikes.) If you find yourself doing this, take a step back and figure yourself out before the lies get out of hand.

5. Be Honest In Your Relationships

If you feel the need to lie more often than not, then your relationships may be to blame, or at least how you view them. Can you be truthful with your friends, family, or SO? Or, for whatever reason, do you feel like you always have something to hide? If that's the case, talk with your loved ones and work out whatever's going on. I'm sure they would prefer you told the truth.

6. Work Up To Bigger Truths

Let's say you lie at work, to your parents, to you partner, to your best friends... your life is one big lying fiesta. It could become such an ingrained habit, that you might not even know what part of your life is truthful anymore. So start being honest in small situations, like about the haircut that didn't turn out so great, or about how your boyfriend's muffins that need way less butter. Once you get used to dropping truth bombs in small situations, telling the truth on the regular will feel like a breeze.

Honesty isn't easy, but it sure does make life easier.