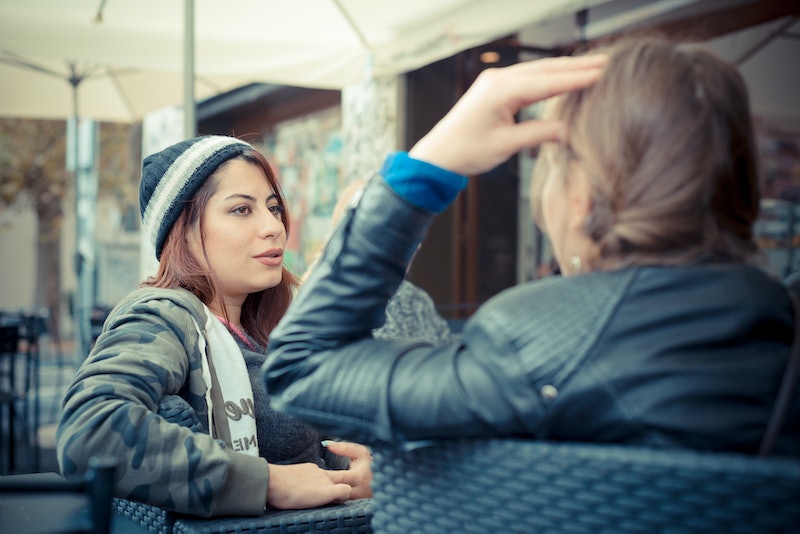 Some couples fight with each other over everything — and some fight harder than others. I very much believe you should start talking about any issues or things that annoy you early on in the relationship. There are always going to be some disagreements or, at the very least, some tough conversations. Often the first year of a relationship can be especially tricky for arguments because you might not feel so secure with the relationship yet. And, that vulnerability we all have in the early days can lead to oversensitivity and overreactions.

Don't beat yourself up over that, everyone does it to one degree or another. And some growing pains in a new relationship are completely normal. You're learning how to communicate as a couple, what your partner needs, and things you may need or what that maybe you weren't aware of. It's not that you have disagreements, it's how you handle them that's important.

One of the things I love about my current relationship is that if we disagree on anything, neither of us get defensive. We just talk it out and both engage with the problem. And, more importantly, we respect each other's point of view. In my last relationship, seeing how angry and dramatic and defensive my boyfriend got during our first fight was enough for me to question the whole relationship.

So here are the fights you have in the first year of their relationship:

I just... my girlfriend doesn't like Mexican food. And I just can't. I don't understand.

Sometimes this happens naturally, but if you have parents coming to visit or you're going on a trip home when you've only been together a month or two, it can get awkward. Maybe you've made it official, so you should be meeting them? Right? Shouldn't you? If one of you wants it to happen and the other thinks it's too soon, feelings are going to get hurt.

When you realize the person you may be binge-watching TV with for years to come loves Grey's Anatomy and hates Arrested Development, it can cause a full out existential crisis. And the fight is going to come.

4. The "How Often Should We Be Having Sex?" Fight

At first, you probably can't keep your hands off each other and you're doing nothing but having sex 24/7. But at some point, it might slow down (if only due to swelling, you have to come up for air sometime). And if you two have different sex drives, it's going to show quickly. If you have the higher sex drive, you may feel a b it vulnerable, even if it's not an issue for your partner. Take a deep breath and try to keep your head in line.

In the early days, even if you're both falling hard, you might need a lot of reassurance. It can be scary to fall in love and, no matter how supportive your partner is, you might not really believe they're as invested as you are. Often both partners have the same worries, but the longer you're together the more secure you'll feel.

An ex you're still friends with, an ex you don't seem over, an ex that randomly pops up again — it just happens. There's almost always an ex. It shouldn't be the end of the world, but sometimes in can feel that way.

7. The "Your Friends Again" Fight

I'm really lucky that my girlfriend and I get along with each other's friends, but I've definitely been in relationships where that wasn't the case. If one of you doesn't like the other one's friends, it can be a disaster. You have to be respectful of those friendships, even if you don't always understand them, and remember they've been along long before you. You don't have to be best friends with them, but be supportive of your partner's friends.

It may be in the beginning when you're deciding whether you're exclusive or an official couple or it may be later on when you're looking at if you should be going on vacation together, to weddings, or just looking at the future. At some point there's a bit of a "So... is this for real?" conversation. A year is still early on, but it's when these things start to come up especially if you're not on the same page. It's definitely one of those times to keep your tempers down and be compassionate. You're together for a reason, just try to remember that.