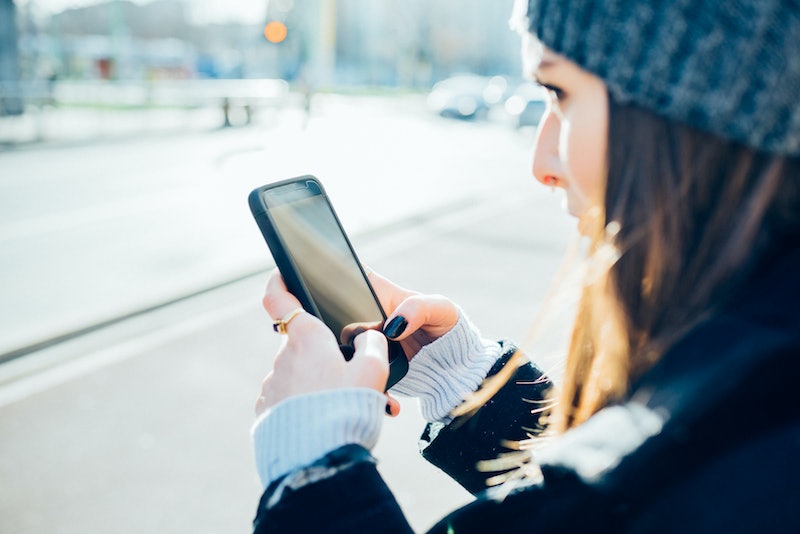 When I learned about the new dating app The Catch, I was intrigued by the setup: In a format reminiscent of the old game show The Dating Game, women get to pose three questions and choose men based on their answers. They then score the answers using emoji, and a messaging line opens with the guy with the best scores. As someone who has very specific criteria for who I date and often finds Tinder profiles lacking important information about users' values and goals, I thought The Catch's Q&A format might help me find what I'm looking for quicker.

When a woman signs on, she can create a "game," which includes three questions written by her or built into the app, and invite six users either by swiping and matching or by allowing the app to select random people for her. The questions the app suggests include "Where would you take me on our first date?" and "Tell me the best joke you've got! (Anything goes)," but I wanted to go deeper, so I asked about my "contestants'" views on feminism, animal rights, and sexual consent.

As I would have predicted, a few seemed turned off by the questions themselves — only two of the six randomized contestants answered. This speaks to the fact that even though the app puts women in control, men still get to choose whether or not to participate. Still, a few said some really smart, encouraging things.

And there's your friendly reminder that there are good men in the world!

I went with the one in orange because his views seemed a little more aligned with mine and he had some interesting observations. You can't see who said what until you score the contestants, so I couldn't consider other factors like what they looked like — and it turned out after the big reveal that I wasn't attracted to my winner.

There's also a geographical barrier, since the app's only unlocked in California right now (it'll move to other cities once their waitlists fill up). Nevertheless, the game itself was a fun exercise, and it reassured me that the kind of people I'm looking for are out there, even if they don't constitute the majority of Tinder or OkCupid users.

Once the app launches in my city, I'll probably go back on to ask more tough questions. And if only a third of the contestants respond, I'll be glad I saved myself four pointless conversations I would have had on Tinder.