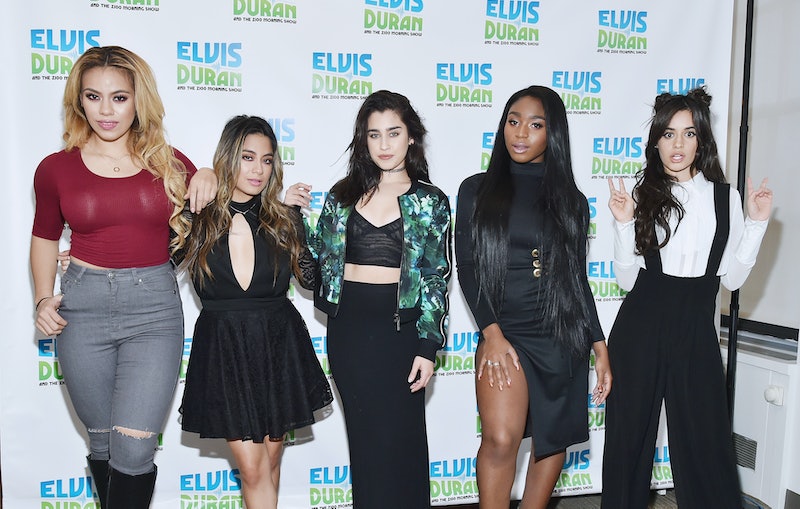 Buckle up, pop music lovers: Fifth Harmony's new album, 7/27 (due out May 20), sounds like it's going to be a game-changer. Here's the scoop: Last Friday, one week after the premiere of their new single, "Work From Home," 5H held a Q&A session Twitter. As Idolator points out, when asked what fans can expect from 7/27, group member Camila Cabello teased that they could be hearing more songs like "Worth It" — the breakout hit from their debut LP, Reflection. "I feel like sonically we kind of found our thing to stick to," she said. "I feel like in Reflection, we explored with that 808, and kind of like urban beat as a backbone, like the one that you hear in 'BO$$,' and in 'Worth It,' and now 'Work From Home.' So, I feel like we kind of felt like that represented us as a group really well, and so we kind of explored that more and more in this album."

Released as the third single from Reflection in March 2015, "Worth It" put Fifth Harmony on the map. After the somewhat disappointing commercial performance of their two previous Reflection singles, "BO$$" and "Sledgehammer," the bouncy urban-pop anthem managed to climb all the way to No. 12 on the Billboard Hot 100 chart, and is still their most successful single to date. Additionally... it's just a great song! So, for these two key reasons, the news that "Worth It" may have influenced 7/27's sound is extremely exciting.

However, that's not the only piece of exciting info we learned from Fifth Harmony's recent Q&A session. According to group member Normani Kordei, 7/27 will make fans feel "closer" to 5H: "I think lyrically this time around we actually got the opportunity to work with some incredible songwriters and producers. And we actually got the opportunity to hang out with them outside of the studio, so I think that they kind of know us more as people and personally, so they kind of translate whatever we want to say through the song. And I think that honestly it's just a fun body of work that people will leave listening to hopefully feeling confident and closer to us."

With the urban-tinged "Work From Home" off to a great start at pop radio, it really does seem as though Fifth Harmony have found their signature sound (or their "thing," as Cabello put it). Further, I think the group's decision to feature more personal lyrics on their sophomore effort could help their music reach (and appeal to) new audiences. Yes, it definitely feels to me like 7/27 is going to be a game-changing album for Fifth Harmony. Stay tuned for more details in the coming days and weeks.

7/27 is available for pre-order on iTunes now.