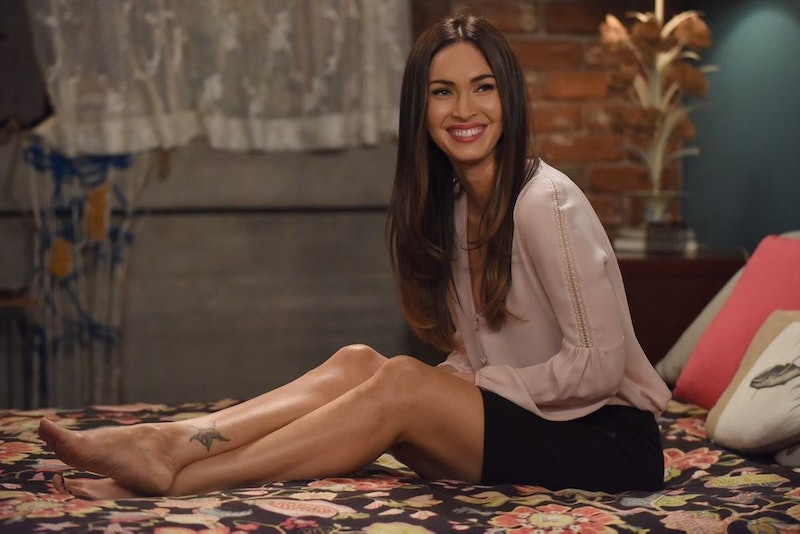 When it was announced that Megan Fox would be replacing Zooey Deschanel on New Girl, I almost lost my mind. I couldn’t think of a more perfect replacement for the lead actress, especially since Fox is incredibly talented. And for her part replacing Jess temporarily on New Girl, Megan Fox showed off just how much she has to contribute to the ensemble cast. Because, as Reagan, the newest new girl to move in with three bachelors on the Fox hit that combines both comedy and drama, Fox deserves a permanent place on the New Girl cast because she has more than earned it.

But now that Fox has retired to the archives of New Girl history, I make to make a serious plug for bringing her back. Regardless of how long her original contract was supposed to last, I think there is definitely room on this show for one more new girl. Especially since Fox does a killer job of shaking things up for these roommates who had, otherwise, grown pretty comfortable around each other.

So with Jess returning for the 100th episode, I thought it might be helpful if I grease the wheels of New Girl fans (and casting agents) everywhere by compiling a few scenes in which it is totally obvious just how much the show needs her to stick around. Even though her role was supposed to be temporary, these scenes show just how much Fox contributed to the show as far as wit and character development.

1. When She Left A Few Things Hanging

Maybe a hint that the writers are leaving a little space for her to return to the show?

2. When She Made Her Roommates So Uncomfortable

Nothing makes me happier than when a girl makes all the guys around her sweat.

3. When She Majorly Updated Their Living Conditions

I feel like this group of roommates could benefit from her presence in more ways than one.

4. When She Gave Nick A Shot

As Fox says, “We all make mistakes.”

5. When She Challenged The Guys To Not Be So Stubborn

I like how she pushed all of the characters to “do better.”

6. When She Was Totally Conscious Of Her Effect On These Guys

Gotta love a woman who knows exactly what she’s doing.

7. When She Had Awesome Chemistry With Jess

Seriously why can't these two stay together foreverrrrr?

See what I mean? She brings so much dynamic conflict and excitement to the cast. Please, please, please, bring her back for more episodes?