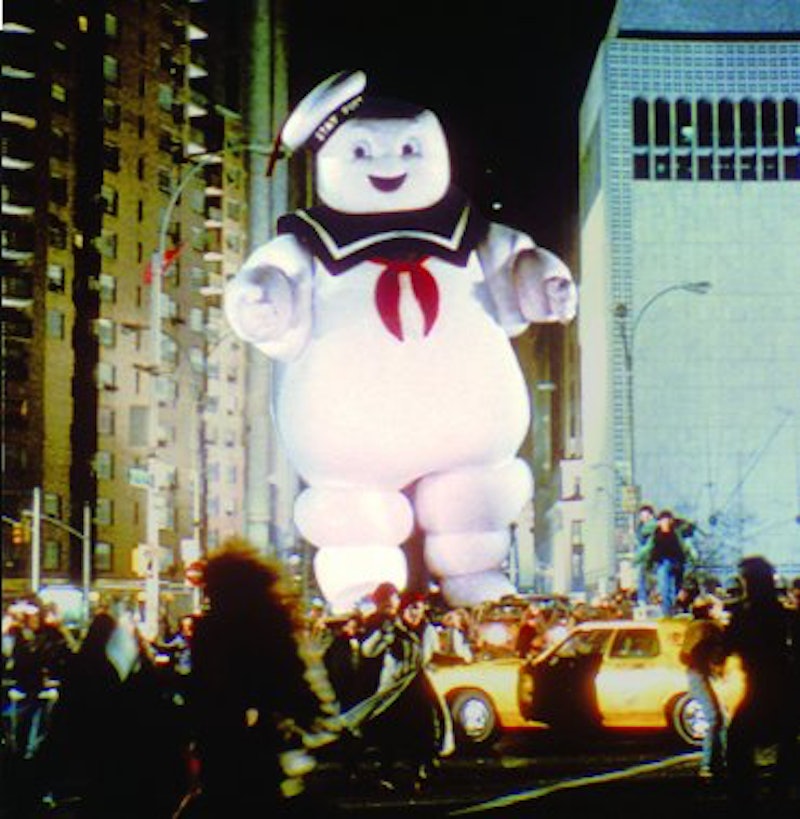 This summer is a big one for me. Not for any reason that directly involves me or my life, but because after nearly 30 years, there's finally going to be another Ghostbusters movie. And although I'm of the opinion that the new Ghostbusters should have gone the next generation/sequel route in order to bring in more of the old fans (it worked pretty well for Star Wars) instead of doing a reboot, there is enough quality talent on board for the new film to give me hope that it could be something special. And that's important to me, because the original Ghostbusters is very special to me.

Ghostbusters is basically my Star Wars. I never saw that movie as a kid, but I had both Ghostbusters and its sequel recorded on VHS and I watched them constantly. I loved everything about the series, and completely latched onto it as my favorite franchise. I had a ton of Ghostbusters toys, I watched The Real Ghostbusters cartoon, hell, I wanted to be a Ghostbuster. As I've grown up, I feel like Ghostbusters has grown up with me, and I love the original movie just as much today as I did when I was a kid — just for different reasons. So here are some of the reasons why, no matter what, I will always love Ghostbusters.

Obviously, nostalgia plays a role in my unending love of Ghostbusters. As I already said, this was my franchise as a kid, and anytime I can be reminded of the things I loved as a child is a good time in my book.

I have a deep love for '80s comedy, and Ghostbusters was somehow able to unite four of the decade's funniest personalities in one film, and use each of them perfectly. Bill Murray, Dan Aykroyd, Harold Ramis, and Rick Moranis were all at the top of their game in Ghostbusters, and I love watching them work.

As great as everyone in the movie is, it needs to be said that this is Murray's movie. My all-time favorite actor, and in my opinion the funniest person on the planet, Murray was never better than in Ghostbusters. His devil-may-care, wiseass persona fleshed out Peter Venkman perfectly, and it's a comedic performance that I personally don't think has ever been topped by any other actor.

4. Sigourney Weaver Is No Slouch Either

At first glance, Weaver's Dana Barrett is simply Venkman's romantic interest, but there's a lot more to her character than that. For one, she's not all that interested in Venkman at first, but she's also very independent and, due to circumstances she can't control and doesn't understand, becomes the main driving force of the plot. Her journey down the rabbit hole of paranormal activity in the film is what makes the story so engrossing.

When I was a kid, I didn't even know that Ghostbusters was a comedy — I just thought it was a movie about people hunting ghosts with lasers, which is awesome. Now I know it to be one of the funniest movies ever, which is what I meant when I said that the movie had grown with me. Not only is it funny, but Ghostbusters' humor is relentlessly smart and understated, going for nuance to find laughs instead of over-the-top gags, which is exactly what one wouldn't expect from a movie about people hunting ghosts with lasers.

Again, Ghostbusters is so much smarter than it appears on the surface. Stay Puft Marshmallow Man is such a genius concept: A fluffy, smiling food mascot that essentially becomes Godzilla. If the new Ghostbusters is able to conjure something even a quarter as inventive as this, I'll be happy.

7. It's the Essential New York Movie

New York is portrayed in movies so often, and so recklessly, that it usually comes across as a parody of itself. Leave it to a movie about supernatural phenomenon to get the feel of the city right.

Obviously the theme song is iconic, but really all of the music is great. The score is fantastic, and even the other super-'80s songs in the film perfectly accompany whatever's happening on screen. Ghosts + drum machines = magic.

I've always been interested in the paranormal, and Ghostbusters establishes a great mythology of Ancient Sumerian Gods and early 20th century cults and just generally insane stuff happening to go along with the superb comedy.

Although most attention is paid to Ghostbusters as a comedy film, or even as a tame horror film, it also ranks as a great action film. The ghost busting sequences are all fantastically paced, and most of the special effects hold up (the only real exception being a couple of the dog scenes), meaning the action scenes still manage to thrill me after 30 years of repeat viewings.

11. The Heroes and Villains Are Clear

Sometimes you just want to watch a movie where you know who the good guys and bad guys are. The Ghostbusters are all likable and extremely easy to root for, and since Gozer wants to destroy the world, she's not all that hard to root against.

Ghostbusters will always be a movie that I'll enjoy watching because it's simply a great movie that never gets old, and I'm excited to revisit the universe when the new Ghostbusters premieres in July.