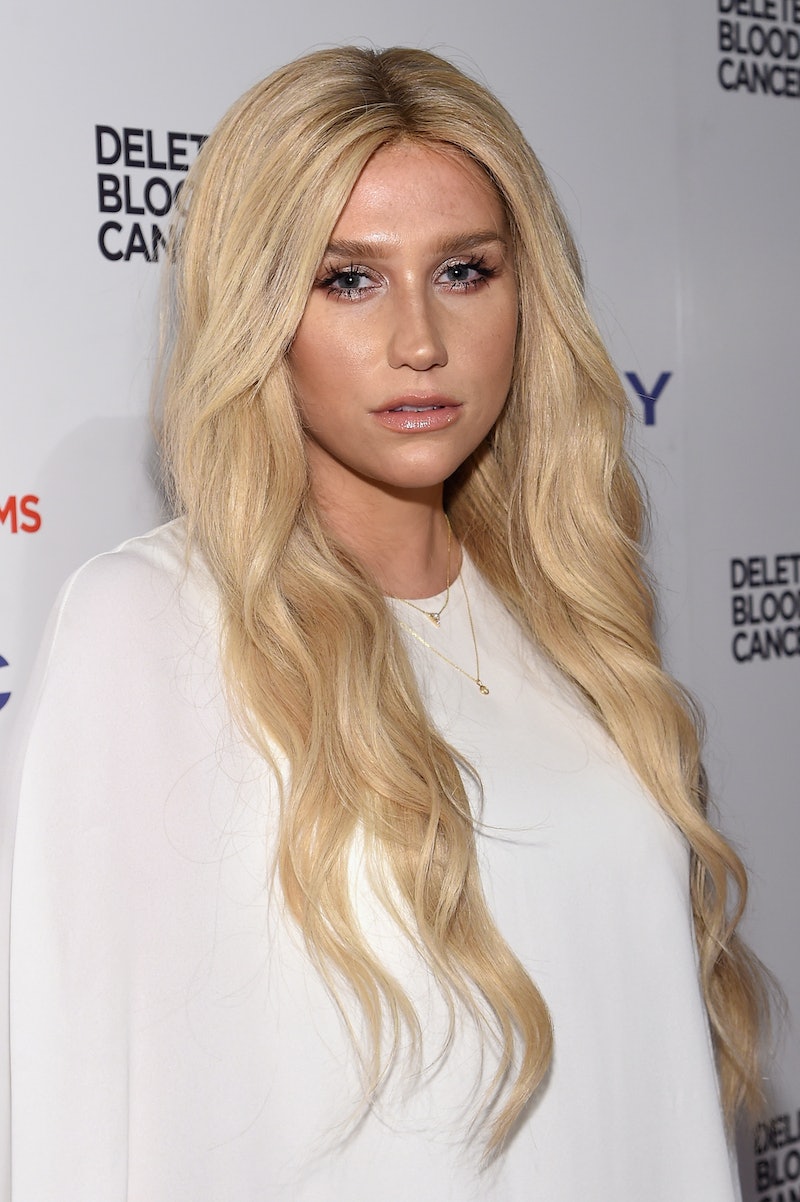 On Thursday, March 10, Billboard released an interview with Rosemary Patricia "Pebe" Sebert, in which Sebert, Kesha's mom, talks about Dr. Luke (real name: Lukasz Gottwald). The exclusive chat is in light of the ongoing legal battle between Kesha and Dr. Luke, wherein Sebert's daughter tried and failed to break her contract with the music producer. On Feb. 19, a judge in New York ruled against an injunction that would allow Kesha to break her contract with Sony, the record label at which she worked with Dr. Luke. Now, Sebert is opening up about the turmoil her 29-year-old daughter has and continued to face, allegedly because of Dr. Luke.

Bustle reached out to reps for Sony and Dr. Luke for comment on Sebert's interview. Sony has no comment; we have not yet received a response from Dr. Luke's rep.

In October 2014, Kesha filed a lawsuit against Dr. Luke claiming he raped her when she was 18 years old and sexually and emotionally abused her. Dr. Luke has repeatedly denied these accusations and has countersued Kesha for defamation.

"She was a prisoner," Sebert claimed to Billboard with regard to her daughter. "It was like someone who beats you every day and hangs you from a chain and then comes in and gives you a piece of bread. Luke would say, 'You look nice today,' and send her into ­hysterics of happiness because she was programmed to expect nothing but abuse."

Regarding Kesha's rape claims against Dr. Luke, Sebert said, "I wanted Kesha to come forward a long time ago and end this relationship with Dr. Luke immediately after the [alleged] rape. But if she wanted to have a shot at the music business, she had no choice but [to work with him]."

She added, "Looking back, I don't know why we didn't go to the police. Kesha told me not to do anything. She said, 'Mom, I just want to sing. I don't want to be [an alleged] rape-case victim. I just want to get my music out.' I didn't follow my instincts (brackets ours)."

After the rape allegedly occurred, Kesha tried to find another record deal and managed to find one with Warner Bros. Records through A&R and Kara DioGuardi, a producer, A&R exec, and former American Idol judge, according to Billboard. However, it fell through. As DioGuardi told Billboard, Warner Bros. and Arthouse Publishing "had a signed agreement with Kesha for recording and publishing rights," but DioGuardi soon received a call from Dr. Luke telling her Kesha already had a contract with him. "We decided to release her from our agreement," DioGuardi said.

"Kesha would tell me she was going to take her car to Mulholland and drive off the cliff," Sebert said regarding her daughter's feelings after the deal with Warner Bros. didn't work out. "She was a little dramatic, but I never knew for sure."

Sebert also claimed Kesha called her one day and allegedly said, "Dr. Luke just called me and I have 24 hours to fire my lawyer and my ­managers and go back with him. Anytime I get a contract, he's going to come ­forward and basically say he owns me. What do I do?"

Per Kesha's 2014 lawsuit, she claimed Dr. Luke once called her a "fat f*cking refrigerator" during the filming of her music video for "Die Young." Sebert told Billboard that Kesha would cry and that the singer even told her mom, "I would rather be dead then spend one more day with him." Later on in the interview, Sebert claimed, "Dr. Luke basically owns Kesha until her death. He doesn't have to give her any money and is under no time constraints. She can't legally put any new music out, or he can and will sue her."

All of that said, Sebert said that Kesha coming forward with her claims was a good thing for her daughter and helping her to once again become healthy. "Kesha is so much better now," she said. "She wasn't comfortable with having to do this, but I think she realized as this thing progressed that she can advocate for sexual abuse or other things. The fact that she is at peace with that has really been healing."

On Wednesday, March 9, The Wrap released a report saying Sony would allegedly soon be dropping Dr. Luke. Sony declined to give Bustle a comment regarding The Wrap's report, but Dr. Luke's attorney denied the claim in the following statement released to Entertainment Weekly:

This is not true. Luke has an excellent relationship with Sony. His representatives are in regular contact with executives at the highest levels at Sony and this has never come up.

As for the judge's ruling in February, Dr. Luke's attorney released a statement to Rolling Stone, reading:

When Kesha sued the producer in October 2014, her lawyer released the following statement to Billboard:

As for Sony, an attorney for the company told the New York Times in February following the injunction ruling:

More like this
Spice Girls’ Net Worth: The Richest Member Is Wealthier Than The Rest Combined
By Hugh McIntyre
Selena Gomez Joked About Her Relationship Status In Her ‘SNL’ Monologue
By Grace Wehniainen
Twitter Is Upset About The 'American Idol' Top 3 Results: "Who TF Is Voting?"
By Jake Viswanath
How 2 'American Idol' Singers Performed With COVID-19 & Made It Into The Top 5
By Jake Viswanath
Get Even More From Bustle — Sign Up For The Newsletter