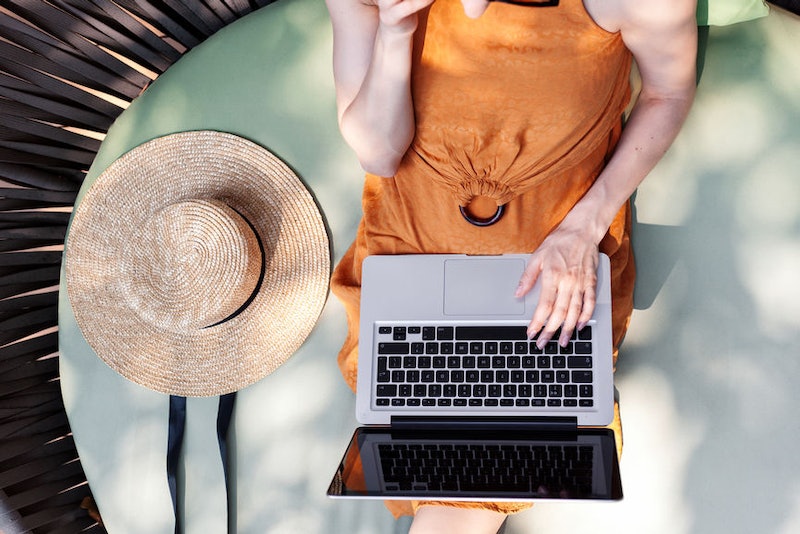 Never in the history of the Internet has the urge to scream "YAAAS" been more appropriate: Undergraduate biologist Emily Temple-Wood is writing Wikipedia article about women scientists for every sexist troll she comes across online. In a not-so-shocking turn of events, she's written hundreds of articles featuring lady scientists to date, although (fortunately) they haven't all been in response to harassment. Temple-Wood is the cofounder of WikiProject Women Scientists, an initiative dedicated to creating and maintaining articles about women in STEM who would otherwise go overlooked, and in the years since its creation, she has become a prominent figure in the online community.

If you're at all familiar with the Internet, you can probably see where this is going. As a semi-famous woman with an online presence, Temple-Wood faces a truly absurd amount of harassment from trolls — demands to go on dates, assessments of her body, doubts regarding her intellect, and other ever-so-original ways of putting her down. When you're a woman online, such treatment is often par for the course, but that doesn't mean Temple-Wood is passively accepting her fate. Rather than giving the trolls the attention they crave, however, Temple-Wood and her compatriots have quietly resolved to write a new article about a woman scientist for every harassing email she receives.

So far, the harassment-inspired entries have included (but aren't limited to) Polish neuroscientist Liliana Lubinska, Russian physician and chemist Adelaida Lukania, and American anthropologist Katharine Luomala. According to the Wikimedia blog, this isn't the first time Temple-Wood has used haters to fuel her determination; in 2012, she wrote Wikipedia's first women in science article after coming across a project exposing the website's gender bias. "I got pissed and wrote an article that night,” Temple-Wood told the Wikimedia blog. “I literally sat in the hallway in the dorm until 2 a.m. writing."

By the end of the year, she had founded the WikiProject, which has grown to 76 members today. Since its creation, the project has been responsible for hundreds of articles about women scientists, 376 of whom have appeared on Wikipedia's front page. Furthermore, Temple-Wood is well aware of the importance of diversity in the articles she creates, stressing the importance of different perspectives within the scientific community. Is it any wonder that a former Wikipedia staff member described her contribution to closing the gender gap as "epic?" (No. No, it is not.)

Although Wikipedia may not seem like the battleground for gender equality, encyclopedias and other reference materials reflect our attitudes toward women as a society, especially considering Wikipedia can be edited by the public. The website's gender bias has been noted numerous times in the past as part of a larger systemic bias favoring young, English-speaking men. In fact, it's well-known enough to warrant its own Wikipedia article. (Talk about meta.) Of course, such favoritism is hardly unique to Wikipedia; the website's bias is merely an extension of centuries of dismissing and minimizing the achievements of women in STEM.

Unfortunately, recognizing women for their achievements is only part of the solution — but it's a start. With women like Temple-Wood doing their part, gender equality might be a closer goal than it seems.

More like this
Remember These Ancient Pieces Of '90s Tech?
By Lucia Peters and Emma Carey
Is TikTok’s “Villain Era” Trend Just An Excuse For Bad Behaviour?
By Chanté Joseph
What The History Of Pride Month Means For Celebrations Today
By Jay Polish
TikTok's Favorite Bartender Thinks Mimosas & Bloody Marys Are Out For Brunch
By Alexis Morillo
Get Even More From Bustle — Sign Up For The Newsletter