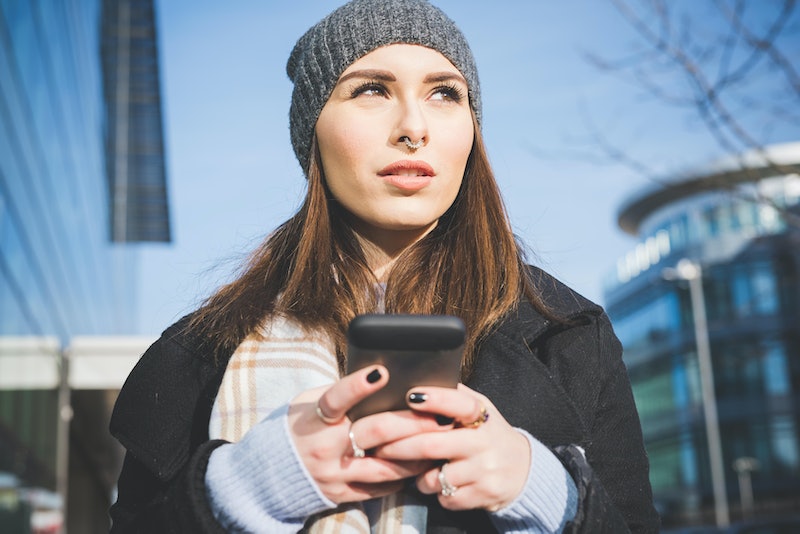 Even if you parted ways on good terms, the idea of being friends with an ex is, well, weird. This is a person with whom you were intimate with in ways most people will never be with you and, if you were in love, it’s a loss. Breakups, no matter how they ended, are never easy.

The problem with breaking up with someone is that you’re not just losing your partner, but your best friend. Personally, I’ve been able to move on easier from the idea of losing my partner than I am able to move on from losing my best friend. You go from having someone on who you can rely constantly, for the good and the bad, then they’re gone. And while you have other friends with whom you can share things, there’s a void if you can’t just call up your ex and share something with them. I can’t even tell you how often I pick up the phone to call my ex to tell him something, then I have to stop myself and say out loud, “Oh yeah. We’re never talking again.”

But, time heals all wounds, as they say, or at least some of them. Since that’s a possibility, there’s a strong likelihood that you just might want to talk to your ex again — maybe even pick up the friendship part of your relationship. But, before you do that, you need to get in the right mind set first. Here’s when it’s probably OK to start talking to an ex again:

1. When You're No Longer Madly In Love With Them

This one can be tricky. You may miss them romantically, but you also may miss them as a friend. It's not always clear exactly what you miss about them, but it's important to determine whether these feelings are intensely romantic or not. Make sure you're not setting yourself up for emotional pain.

2. When You’re Not Drunk

Talking to an ex when you're drunk can mean trouble. Texting, emailing, or post anything on their Facebook, Twitter, Instagram, or whatever other million forms of social media exist could be something you'll quickly regret the next day.

3. When They Can Mention Their New Partner Without You Flipping A Table

What sucks about breaking up with someone is that eventually they will start dating again and that someone, because you broke up, won't be you. It's only when your ex can bring up the new person they're dating and you know you won't fly into a jealous rage, that you can talk to them.

4. When You Think You Can Be Genuinely Happy For Them

I feel like this one is hard. Depending on how the relationship ended, it might be a very long time before you can be happy for your ex. If you know that talking to them will lead to you being fake happy for whatever good things are going on in their life, then wait awhile. Feigning happiness is exhausting... and a bit cruel, too.

5. When You’re Not Hoping To Get Back Together

Remember, you broke up for a reason. In talking to them with the sole hope of rekindling what once was is regressing; you're supposed to be moving forward.

6. When You Know You Can Do So Without Gloating

True story: My ex, who has been jobless for a while now, is being kicked out of his apartment on April 1. Where he will end up, he doesn't know. I, on the other hand, will be in Siem Reap, Cambodia on April 1 fulfilling my dream of seeing Angkor Wat. Because there is still so much animosity there due to his behavior, there's no way in hell I can talk to him right now without gloating. Gloating is not an attractive quality in a human being, so I'm going to wait before I pick up the phone to text him. It's not OK to bask in the misfortunes of others. Even if they did break your heart.

7. When You’re Not Looking For Sex

Yes, having sex with an ex may seem better than a one-night stand, because of that awesome familiarity. But there are also emotions and intimacy and, before you know it, you could be wondering if you're falling in love again. If you weren't already talking to them before, talking to them just to hook up with them can lead to drama.

8. When It’s Been A While And You’re Genuinely Concerned About Their Well Being

If you and your ex cut all ties, even mutual friends, and many months have passed and you're truly clueless as to what's going on in their life, then it's OK to send a casual text asking them how they are. But only if it's out of genuine concern and not because you want to start something back up again... or gloat.

9. When You Realize The Pros Outweigh The Cons

There are so many cons in talking to an ex shortly after a breakup, and many of them have to do with the emotional state you're both in. But once you can get to the point where talking to your ex has more pros than cons, then consider it.

10. When You’ve Talked It Through With Your Therapist Or Friends A Million Times And Have A Game Plan

I'm a firm believer that after a breakup, therapy is your BFF. You have so many things you want to talk about and work out, and you may not want to discuss them with friends or family. So, if you're thinking you're ready to talk to your ex again, you definitely want to come up with a plan with your therapist or someone else you talk to about it. Go over all the emotions, concerns, fears, and the rest of it. You want to make sure you're talking to them again for the right reasons.

11. When You’re Prepared To Hear Things That You Might Not Want To Hear

So, you've met up with your ex for a drink and halfway into the conversation, they tell you that they're getting married or their partner is pregnant... how are you going to handle that? Basically, you want to be very well prepared for whatever comes out of their mouth. Even if you know you no longer love them, that doesn't mean hearing about them moving on with someone else is going to be easy.

12. When You’ve Learned To Forgive

It's easier to hold a grudge than forgive. Forgiving someone who has hurt you is also just as hard as admitting that you were wrong and apologizing. However, before you can talk to your ex you need to know in your heart that you forgive them or, if necessary, are able to apologize. Being able to forgive and be secure in that forgiveness is essential before reaching out to an ex.

More like this
The Differences Between Kinks & Fetishes, Explained
By Lexi Inks
Are Quality Time & Gift-Receiving Love Languages Compatible?
By Lexi Inks
It's A Pleasure #53: Help! My Boyfriend Won't Tell Me Why He Stopped Going Down On Me
By Sophia Benoit
30 Clever Ways To Slide Into Your Crush's DMs
By Griffin Wynne, Carolyn Steber and Lexi Inks
Get Even More From Bustle — Sign Up For The Newsletter