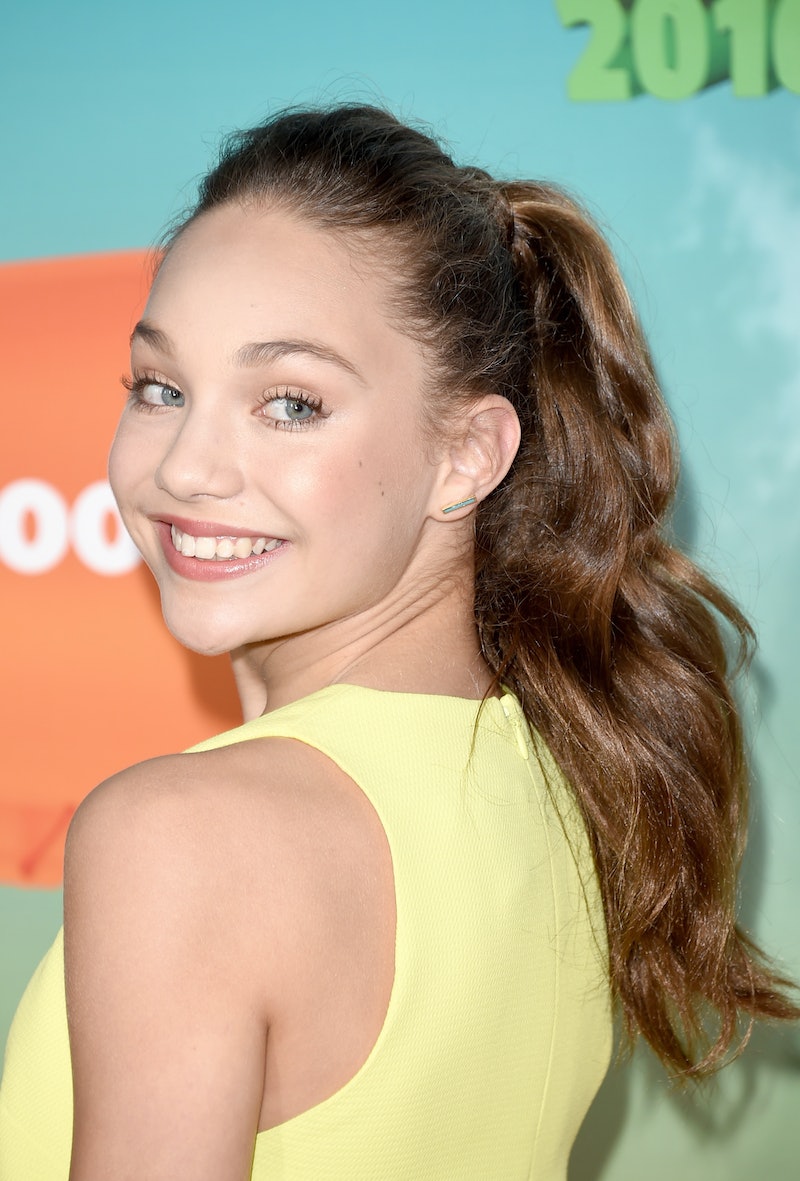 Brace yourselves, Dance Moms fans, because this news is going to be enough to wreck your dance-loving day. It was announced on Monday that Maddie Ziegler is leaving Dance Moms, according to People. But before you cry your heart out over the loss, hold your head up high, because this talented dancer isn’t leaving fans for good. Instead, Ziegler is set to judge the latest season of So You Think You Can Dance: The Next Generation, per her comments to reporters at the 2016 Kids Choice awards, and the move seems like a perfect one. Considering that Ziegler is a powerhouse of a dancer, and Season 13 of So You Think You Can Dance will be all about auditioning and pairing young dancers with the SYTYCD all-stars, the set-up couldn't be more tailor-made. So while the news might be great for Ziegler and her career, I have to wonder: is Maddie Ziegler leaving Dance Moms for good?

Let’s think about this: This is the first time that So You Think You Can Dance has ever starred young dancers, and even though the change might be a total hit, whether Fox do it again will largely depend on how successful this season is. But even if they did decide to have young dancers be the star of the show in future seasons, I doubt that it would be for every season, or that Ziegler would have a permanent position at the judges’ table (though, let's be real, they might not be able to let her go after the SYTYCD audience gets used to her presence). After all, fans of the show have fallen in love with the various dancers who have graced the stage, and I can’t imagine that all of them will be thrilled with the show changing its focus for good. Not to mention the fact that the judges on So You Think You Can Dance often change.

So it doesn’t seem likely that this gig will be a permanent one for Ziegler.

But that’s not to say that she will definitely be coming back to Dance Moms either. Even if her opportunities with So You Think You Can Dance are only for a season, Ziegler has a number of other projects in the pipeline that will likely keep her busy and away from Abby Lee’s studio. Especially since her popularity is only growing in Hollywood and in the dancing world. In 2016 alone Ziegler has four projects in the works aside from Dance Moms. And fans of the show have seen how frequently these projects have kept her out of competitions. At the beginning of Season 6 she missed the first five episodes while she was filming a movie, and in previous seasons she has been absent for other reasons: To perform at the Grammys and to be a guest on The Ellen DeGeneres show, just to name a few of her side projects.

So use that tulle to dry your eyes, dance fans, because, even if Ziegler’s judging gig on So You Think You Can Dance seems likely to be temporary, I think there’s a pretty good chance that she's got too much going on to do another season of Dance Moms.