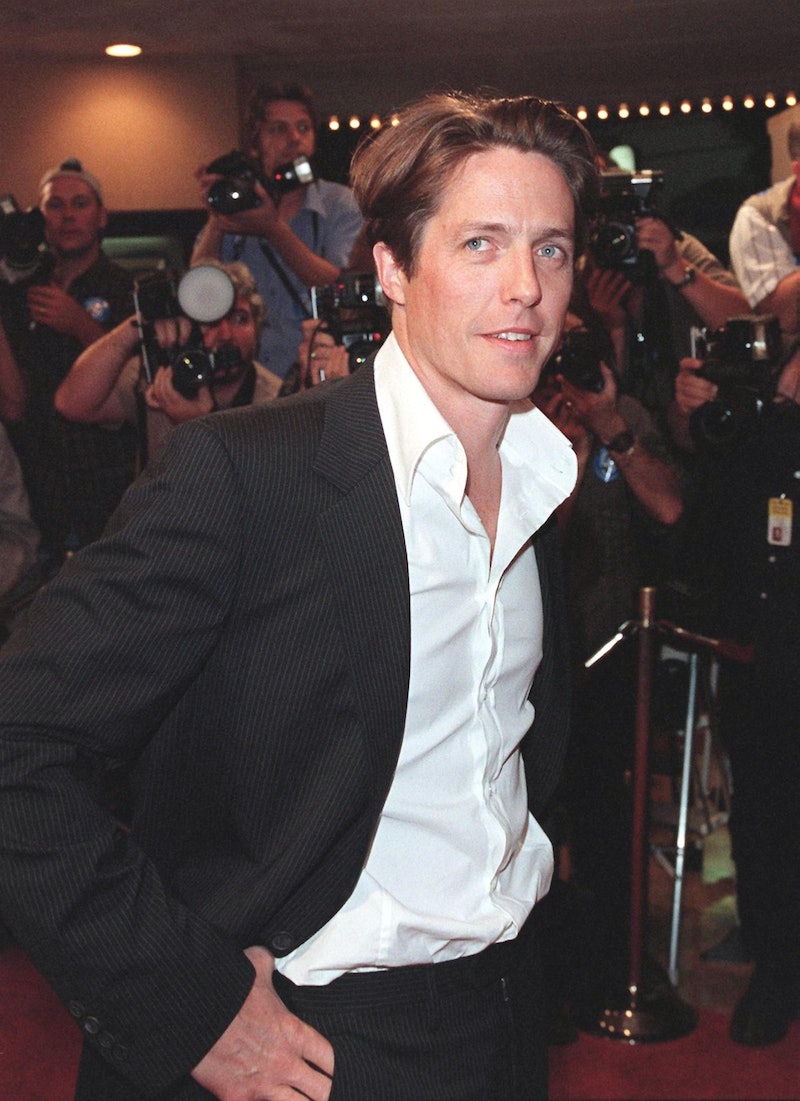 Social media may not have been as prolific in the '90s as it is today, but news still got around anytime scandal or crisis was afoot. We ate it up, glued to our TVs to see what would happen next. There are probably tons of bonkers news events from the '90s that you forgot about — understandable, in today's world of nude selfies and sex tapes counting as breaking news. Back in the day, stories of epic court cases, faulty toys, and dishonesty in the White House (there's an original one) were splashed across our screens and the front pages of newspapers. And while many of the most famous stories from the '90s have drifted into the background of today, there's no doubt that you remember some of these wacky happenings.

These don't even cover it. Let's not forget Pee Wee Herman getting caught in a rather compromising position while visiting an adult movie theater, Julia Roberts backing out of her wedding to Kiefer Sutherland at the last minute (she's still fabulous), and the sight of Colin Powell doing the Macarena, the song that no one knows the lyrics to but everyone remembers the dance. The '90s certainly kept the media outlets busy with juicy story after juicy story.

Figure skater Nancy Kerrigan was a rising star from a young age and even took home a bronze medal at the 1992 Winter Olympics. Rival Tonya Harding's ex-husband and bodyguard allegedly worked together to hire a man to attack Kerrigan in 1994 before the Olympics. (Both later pleaded guilty to racketeering.) The heartbreaking incident put Kerrigan into the spotlight even more; she also still went on to win the silver medal at that year's Olympics. Harding later pleaded guilty to conspiring to hinder prosecution in the attack and was placed on probation for three years and fined $160,000. She was also stripped of her national title, and was banned from competing in the United States for life. She continues to deny knowing of the preconceived attack until after it happened.

2. Y2K Terrifies The World... And Then Nothing Happens

The end of 1999 carried a paralyzing fear that every computer in the world would malfunction upon the clock striking midnight on Jan. 1, 2000, causing the planet to meet its immediate demise. The fear arose because computer memory was using two digits to represent dates, meaning "1999" was logged as "99." People were concerned that computers wouldn't know if "00" meant the year 2000 or 1900. So, collectively as a globe, we spent somewhere in the vicinity of $300 and $600 billion to prepare for Y2K.

In case you hadn't noticed, there was no apocalypse. In fact, nothing really happened at all.

Slap bracelets are iconic of the '90s, but many schools starting banning them out of fear of injury. Cheap knockoffs started flooding stores, and parents soon reported cases of the bracelets cutting their children's skin. The cheap material could easily break in a child's hand, and was even prone to rust. Yuck!

Hugh Grant made a huge boo-boo, but I will never stop loving him. Back in '95, he was about to start promoting the hilarious comedy Nine Months ("Epidural! Epidural!") and in a long-term relationship with Elizabeth Hurley when he was arrested for allegedly soliciting oral sex with Hollywood sex worker Divine Brown. Grant pleaded no contest; he was fined $1,180, placed on two years' probation, and instructed to attend an AIDS education program.

In a later appearance on The Tonight Show With Jay Leno, where Leno asked, "What the hell were you thinking?" Grant replied, "I think you know in life what's a good thing to do and what's a bad thing, and I did a bad thing. And there you have it." Well put, Hugh.